Republicans know, I think they are going to be doing some house cleaning.

That’s the party Mitch has been a Senator of since 1985, Majority Senate Leader of since 2015, is now Minority Leader of, and, as Poundsand notes, was just re-elected for six years.
This is just more phony populist posturing- Republicans will never turn on McConnell as long as he keeps the money-taps open.
It’s like ‘Hillbilly’ Vance posing as a Man of the People- “don’t look at that $10 million I just reeled in from Vulture Capitalist Peter Thiel.”

and the general election against a democratic Naval Academy female fighter pilot, with an impressive fund raising machine, by 20%.

Now Trump is saying Gaetz never asked him for a pardon.

He said he never asked him ‘directly’! Darn, you already wrote it. Anyway, twice can’t harm.

As the screen capture below from a 2012 Post report shows, it’s a dramatic change from McConnell’s previous support for the “free markets.”

“It is critically important for all conservatives — and indeed all Americans — to stand up and unite in defense of the freedom to organize around the causes we believe in, and against any effort that would constrain our ability to do so,” McConnell said an AEI speech.

He said restrictions on political contributions would require “government-compelled disclosure of contributions to all grass-roots groups, which is far more dangerous than its proponents are willing to admit.”

“This is nothing less than an effort by the government itself to expose its critics to harassment and intimidation, either by government authorities or through third-party allies,” McConnell said.

“McConnell has even filed multiple amicus curiae briefs in campaign cases insisting the rights of free speech and association implicit in corporate campaign donations are ‘fundamental’ and ‘of central importance,’” wrote Rubin.

But that all changed on Monday when McConnell decided corporate power should only be given when the corporations agree with him.

Gaetz update. His buddy agreed to a plea deal, and buddy’s lawyer implied Gaetz is not in a good spot, aka his buddy is rolling on him.

Meanwhile, Pizza himself released this statement of women from his office supporting him, with no names on it! 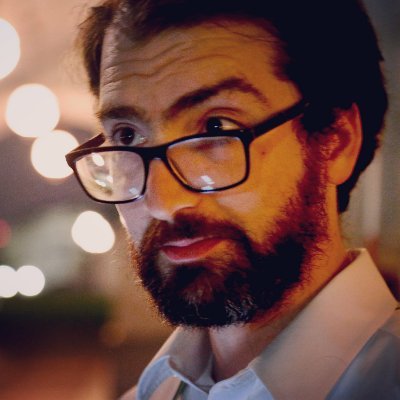 Some really weird mentions in there for people supposedly vouching for someone’s character based on their interactions…‘liberal elites’, ‘reject these allegations as false’…‘no hint of impropriety.’

Another update, apparently Gaetz did 3rd party payments, I guess he figured he could circumvent law this way? Too bad his buddy flipped.

In two late-night Venmo transactions in May 2018, Rep. Matt Gaetz sent his friend, the accused sex trafficker Joel Greenberg, $900. The next morning, over the course of eight minutes, Greenberg used the same app to send three young women varying sums of money. In total, the transactions amounted to $900.

The memo field for the first of Gaetz’s transactions to Greenberg was titled “Test.” In the second, the Florida GOP congressman wrote “hit up ___.” But instead of a blank, Gaetz wrote a nickname for one of the recipients. (The Daily Beast is not sharing that nickname because the teenager had only turned 18 less than six months before.) When Greenberg then made his Venmo payments to these three young women, he described the money as being for “Tuition,” “School,” and “School.”

Another thing Baby is being investigated for, is payment for political favors.

Gaetz associate likely to strike plea deal with prosecutors in...

A prosecutor and a lawyer for Joel Greenberg revealed in court Thursday that they are having plea discussions, a potentially ominous sign for the congressman if his associate ultimately cooperates with prosecutors in a bid for leniency.

In addition to exploring Gaetz’s contact with the 17-year-old, investigators have been exploring whether the congressman paid for sex with women in a way that might have violated federal sex-trafficking laws. Of particular interest, people familiar with the matter said, is a flight Gaetz took to the Bahamas in recent years with women and an Orlando hand surgeon, Jason Pirozzolo. Authorities’ interest in the flight was first reported by CBS News.

Gaetz has described Pirozzolo and his partner, Savara Hastings, as “two of my best friends.” In the congressman’s 2020 book, he described a trip to Key West on New Year’s Eve at the end of 2019, where he stayed at a home owned by Pirozzolo and Hastings and spent time with a woman he described as his date.

Pirozzolo, a licensed pilot, served as a fundraiser during the gubernatorial campaign for Ron DeSantis and is listed as a $50,000 donor to DeSantis on an invite to a Sept. 19, 2018, event for the Florida governor. After DeSantis ® was elected, Gaetz pushed unsuccessfully for Pirozzolo to be appointed as the state’s surgeon general.

On Wednesday, CBS News revealed that Rep. Matt Gaetz (R-FL) went to the Bahamas in late 2018 or early 2019 with a marijuana entrepreneur and hand surgeon that ultimately triggered a sex trafficking investigation.’

Whether the escorts were hired for sex across state or international lines is part of the investigation by the Justice Department, and it includes both Gaetz and Pirozzolo as part of that probe.

A new development occurred Thursday when an old video was unearthed of then-President Donald Trump and first lady Melania Trump meeting Pirozzolo as they landed in Orlando in June 2019, months after the now-infamous Bahamas trip. Trump was there to launch his 2020 presidential campaign with a large rally.

He, Gov. Ron DeSantis (R-FL) and Casey DeSantis were the only three guests waiting on the tarmac in Orlando that day. It’s unknown who helped Pirozzolo score the unique opportunity to greet the president.

(Note @TT - Someone’s favorite scholar is in the news!

This both explains why Trump is defending Baby Gaetz, and why FOX is bending over to ignore the story. Seems like these peas are in the same pod.

A new development occurred Thursday when an old video was unearthed of then-President Donald Trump and first lady Melania Trump meeting Pirozzolo as they landed in Orlando in June 2019, months after the now-infamous Bahamas trip.

There are enough images of Gov. Ron DeSantis palling with Rep. Matt Gaetz to show a close friendship, so a group of Democrats opposing the Governor’s reelection pooled them to ask, what happened to their friendship now that Gaetz appears to be in trouble?

“If Ron DeSantis will turn a blind eye to Matt Gaetz, makes you wonder what else he’s covering up,” snarks Ron Be Gone, in a new anti-DeSantis campaign video promoted on social media Thursday.

The video rolls out more than a minute of those images of Gaetz and DeSantis together in professional, social, and media-appearance settings, building the impression of a bromance between the two — at least until recently.

Gaetz is the Republican Panhandle Congressman struggling to deal with growing reports that he’s a central figure in a sex trafficking investigation that already has another old friend of his, former Seminole County Tax Collector Joel Greenberg , reportedly arranging a plea deal with federal prosecutors.

DeSantis was close enough to Gaetz while they served together in Congress that DeSantis had Gaetz serve as one of the co-chairs of the newly elected Governor’s’ transition team in 2018 and 2019.

This both explains why Trump is defending Baby Gaetz, and why FOX is bending over to ignore the story. Seems like these peas are in the same pod.

Certainly not people that should be making decisions regarding public health or education policy. #understatement