What is happening to the USD/TWD exchange rate?

I have a few thousand USD coming soon (hopefully!), but the exchange rate is dropping on a daily basis. According to XE.com, the USD/TWD exchange rate has dropped by over 3% in the last three months, meaning that I will be down a few thousand NT when my money finally gets here.

Is this being caused by all the big companies converting USD to pay their staff their CNY bonuses? If this is the case, do you think the rate will go back up after CNY? I don’t know if I should just sit on my USD or exchange it now

Any thoughts would be appreciated.

I should use this chance to send some money back into the states!

It might go back up a bit again after CNY, but the main reason for the USD depreciation are (1) Less intervention by the Taiwan central bank to keep the TWD down (to avoid being put on the currency manipulator blacklist) and (2) US politics, like really slow increase in the interest rate, to keep USD down and US exporters competitive.

Massive inflows of outside institutional investor money into local exchanges. TWD appreciates when this happens

Another factor may be the rising price of oil.

Yes they being the money back in before CNY plus Taiwans stock market is doing well electronics companies in good shape.

Government shutdown, US tax cuts, currency manipulation (USD is getting massively shorted by traders), Trump favoring low USD.
I doubt much of it has to do with Taiwan, USD has been weakening against almost all currencies.

Personally I’m gonna sit this drop out and keep my money in USD. The rate will be more favorable at some point, I’m guessing within 2018.

“Currency manipulation” … prove it, not an easy thing to prove.

Best explanation I’ve seen recently is that big money has been hedging bets (at least since start of Trump presidency) in booming emerging markets, strengthening Europe and other places. Hence the depreciating dollar. One factor anyway.

Hot money fleeing China is what I’m being told. It certainly isn’t because Taiwan’s economy is a good bet.

Not really. Money pouring into Taiwan stock markets from all over the world. Booming economies globally. “Markets” i stress because that’s different from investments in industries, which is low in Taiwan comparatively

Check TSMC and others earnings. Never been better. Even Acer has turned around.

This is the reason along with seasonal effects . 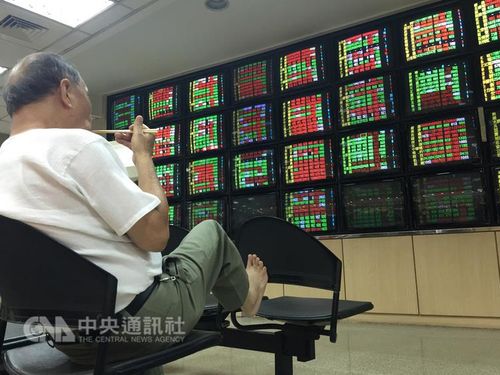 
’
In TSMC’s sales guidance at its investor conference on Jan. 18, it said its revenue is likely to rise by an annual 10-15 percent in 2018 in U.S. dollar terms, higher than the market estimate of a 5-10 percent increase.

The growth forecast was also above that of the global semiconductor industry, which is 6-8 percent in 2018.

As a result, several foreign institutional investors have raised their target prices on TSMC shares to as high as NT$300.

Among them, a European brokerage has raised its target price on TSMC shares from NT$280 to NT$300 and kept its “buy” rating on the stock, saying strong demand for Bitcoin mining is expected to boost TSMC’s shipments of chips made on the 12 nanometer and 16nm processes.’

Don’t forget Goldman Sachs buy rating which is the big one.
40% of inflows is to TSMC alone.
One possible systemic risk to Taiwan as a whole from TSMC is crypto mining believe it or not. Those GPU and ASIC cards have doubled or more in price. If declining iPhones business slack is not fully made up by HPC, auto, IoT etc and TSMC starts to rely on 10-20% from crypto, any sudden shift in the world of crypto mining would hurt them. (A theory only…not an expert on the matter)

Maybe strong twd will attract international investors. Time to invest in taiwanese stock index or at least taiwanese semiconductors? All that talk money leaving china. As well real estate in taiwan is getting cold. Time for stocks in taiwan?

Tsmc is def a good bet.

Yes I will stick some money into TSMC, they always keep ahead of the game and demand for chips is still increasing and there are only 3 or 4 big players. TSMC is a world class company it is not really a typical Taiwanese company. Am I being fair? I don’t know, but it’s certainly in a league of its own. They spend billions every single year on new plants and also invest a lot in new technologies .

Can you prove that any of the ideas here are the reason?

Stock market doing well? US stocks have been exploding in 2018. Interest rates? US is one of the few countries that has started increasing them.

Traders and psychology are almost always the best explanation as far as I’m concerned. Shortly after Trump came into office the USD rallied. Sure, there are some expectations behind it, but the momentum is mostly based on money following money. Which expectation prevails is almost random if you ask me.

Don’t know myself. My accountant is telling me it’s Chinese hot money being allowed in under the avoid-the-currency-manipulator strategy of the Taiwan government. He’s almost in tears every time he tells me how much his clients are “losing” due to the exchange rate. I tried to brighten his mood by telling him I’m thinking about changing company registration to “non-profit charity” but he didn’t get the {offshore} humor.

Its there in the public accounts of the electronics companies, they are doing well, something like 50% of the Taiex stocks are owned by foreign investors mostly wall street funds.
Its true they have have been labelled currency manipulators by US government so they have been warned already.

Taiwan government steps in to depreciate the NTD on major outlying days. The recent dip to 29.2 for example was swiftly boosted to ± 29.6 to the US$. I reckon they have the right to do this when their dollar appreciates wildly due to heavy inflows to local bourses. Many countries you can argue fall foul of the US’ criteria for currency manipulation. Japan and Switzerland come to mind.

We should be grateful the NTD is so stable. Government did a good job on this. One of the few things I commend then on

I don’t know if stable rather than 'permanently stably undervalued '.