What's your favourite album that was never released on CD?

Ha! Thought we’d wrung this one dry, huh?
Twice in the last 6 months I’ve been reminded of much-loved albums that I used to have that were never even released on CD.
Obviously, no torrents can be had.
While the vinyl on one of them could be purchased for an exorbitant sum on ebay, there was nothing around for the other.
And then, after a little digging, I found both of them available for download, one for free and the other for one of those US$.99/song deals, both from websites of either remaining band members or fans.
Pretty cool.
BEST thing was that they both were still great, having lost nothing in the about 30 fuckin years since I first heard them.
What beloved but unattainable album would you die to get your mitts on??

What were the albums?

There’s a few NZ albums from the 80’s that I’d like to have on CD but it’s unlikely to happen.

The Masked Marauders, a jam session with Dylan, Lennon, McCartney, Jagger, Harrison and others. A friend of mine had that outstanding album. You can hear Jagger crooning “Can’t Get no Nookie” off of that album here.

Can’t tell you. You’d never ever let me live it down.

God, there are so many. Does that make me a homo? Or a mariachi lover? Who knows?

God, there are so many. Does that make me a homo? Or a mariachi lover? Who knows? 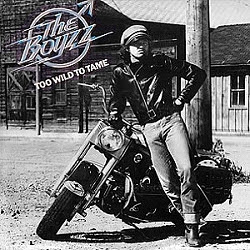