Who is being allowed into Taiwan right now?

A friend of mine in Kinmen observed that suddenly there are a whole bunch of Americans in Kinmen. He’s seen them at Carrefour buying pillows, blankets and groceries, walking long distances down sidewalk-less roads that lead to nowhere, and buying beer (alone) at 7-11 in the middle of the night. They all only spoke English. This has been all in the past two days. In a non-COVID year, I would say that’s obviously the new Fulbright cohort, since Fulbright usually arrives in early August, but Fulbright is a one-year program that was suspended due to COVID. New Fulbright English Teaching “Assistants” would not have ARCs. They would be people who just graduated from college and hadn’t been to Taiwan before. That’s kind of a Fulbright recruiting rule. So these new American English speaking white people couldn’t possibly be Fulbright, right?

At first I wanted to tell him to get over himself, that white people who live in Taiwan are allowed to take vacations to outlying islands and wander down whatever paths they want or drink alone if they want, but if they’re buying bedding and groceries, that sounds more like they’ve just moved there.

If it was one or two people, I’d suggest that maybe a few foreigners from the main island of Taiwan have decided to dive into Kinmen’s public schools this year (* shutters *. Been there, done that). But he said he’s seen at least 8. When I taught there, there were only about 6 licensed foreign teachers total and 4 of them had lived there for over a decade and almost never went out (or, I should say, I would run into one of them, maybe once a year, but maybe I never went out?

). The schools sucked at recruitment and there might be one or new two licensed foreigner teachers in a given year. Tops. I know a lot of FETs in Taiwan and none of them would ever want to live in Kinmen (besides the ones that already do, of course). Given these past few months, the FETs I know are all staying put. There’s no way 8 FETs have decided to move to Kinmen this year, considering two has always been stretching it.

So, here’s my question: Who is being allowed into Taiwan right now? Did the Taiwanese government finally figure out a way to recruit foreign English teachers in a way that foreign English teachers would know they were recruiting? Did they then decide to let foreigners who didn’t have an ARC in, provided they’re licensed teachers? If so, why didn’t the press pick up on that?

The only other thing I can think of, besides foreigners on vacation that for some reason need to buy their own bedding or a sudden influx of FETs who really want to live the tiny island life, is that somehow Fulbright managed to sneak ARC-less people in. If that’s the case, I’d really love to have a chat with the Apple Daily about unlicensed college grads being let into the country to play teacher in a public school for a year while people who have legitimate and pressing reasons to be in this country (or at least licensed teachers who have been recruited from abroad) are being blocked until further notice.

NSA staff, sent to set up a listening post to the PRC army.

sent to set up a listening post to the PRC army.

That’d be my first thought too. Can’t be LDS missionaries if they’re making midnight trips for beer and can’t speak Chinese.

I suppose the benign explanation is that they’re people who turned up in Taiwan three months before everything turned to crap, and they’ve decided to turn on, tune in, and drop out in Kinmen until it all blows over.

Not really a better place to be in the whole world now. Kudos to that luck. (or skill)

I’m applying for a Resident Visa to enter Taiwan as a student, but the border has definitely been closed to foreigners since mid-May. My university has postponed the semester until late September.
I check my consulate/ representative office website almost every day, but there’s been no update on when the government will start issuing Visas again.

Yeah good luck with that. The government is doing a great impression of a herd of ostriches. They don’t want to do anything except count low COVID numbers.

So you will be a degree seeking student in Taiwan, not an exchange student, right?

If so, you will get in, but it may take time. Here’s a report from a few days ago: 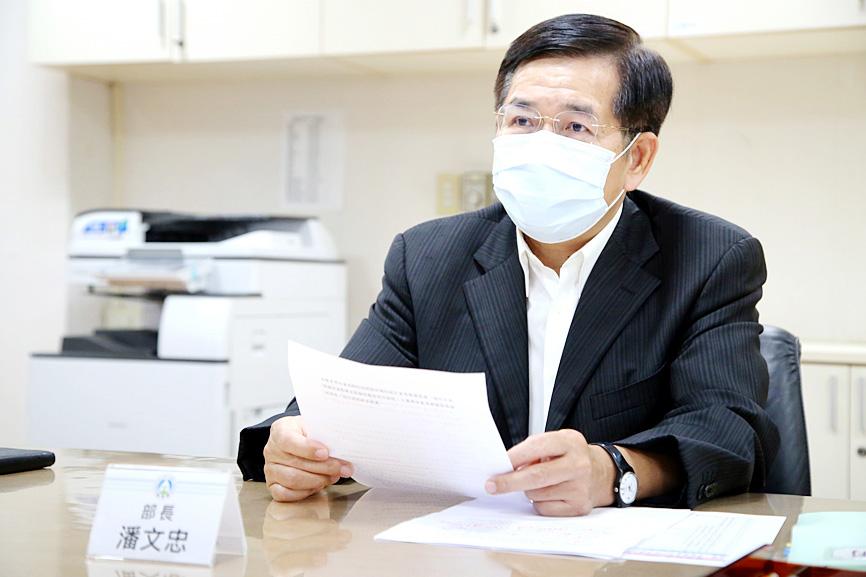 Official says 13,000 foreign students to be given visas - Taipei Times

Taiwan is to grant visas to an estimated 13,000 foreign students before schools open next month, Minister of Education Pan Wen-chung (潘文忠) said yesterday at a news conference in Taipei after a reporter asked about the status of international students...

Yep, a Masters degree. Thanks for the article link.

they don’t have to speak Chinese, they probably set up a direct communication link to HQ where Chinese speakers interpret the intercepts.

ask you friend if they have crew cuts, and if they walk like slobs or as if they have a purpose.
short hair and brisk walk could also indicate some sort of military intelligence.
maybe they are checking the coast line to fend off a potential amphibious assault.

do they take a lot of pictures ? that could also be a sign.

or…
Aliens walking back to their spaceship.
They would be speaking English because It is the easiest human language to learn.

Thanks for the article link.

If you’ve figured out your course selection, I’d advise you to reach out to your prospective professors to let them know about your situation and to see how you could or should prepare for their courses. No need to do this right now, but as the beginning of the semester approaches, I think at least some professors would appreciate this. Good luck getting everything sorted out!

Official says 13,000 foreign students to be given visas - Taipei Times

This wouldn’t explain the current foreigners though…

They’re probably not really speaking English. All the best aliens have universal telepathic translators these days. The locals probably hear them speaking in fluent Mandarin.

As for their appearance, all aliens choose to look Caucasian when disguising themselves. Well-known fact.

As for their appearance, all aliens choose to look Caucasian when disguising themselves. Well-known fact. Before We Vanish (散歩する侵略者, Sanpo Suru Shinryakusha, transl. "Strolling Invaders") is a 2017 Japanese science fiction film directed by Kiyoshi Kurosawa. It is based on a stage play by Tomohiro Maekawa's Ikiume Theatre Company and the novel adaptation written by Maekawa. It stars Masami Nagasawa, Ryuhei Matsuda, Mahiro Takasugi, Yuri Tsunematsu, and Hiroki Hasegawa. Before We Vanish earned two nominations at the 41st Japanese Academy Film Prize. The film had its world premiere in competition at ...