Why are American politicians that support Taiwan mostly republicans or conservatives? 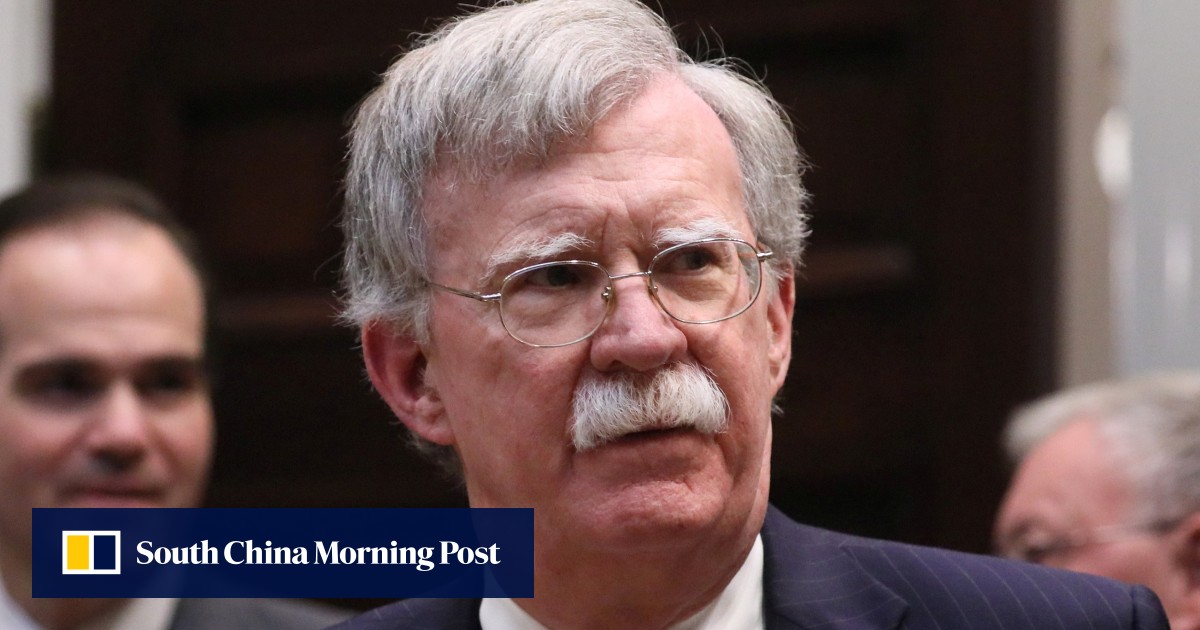 Washington sends reminder of its commitment to peaceful future for Taiwan as Taipei warns it will use force to deal with mainland Chinese provocations.


I know this is an old news, but I was just wondering why almost every American politicians that support Taiwan are republicans or conservatives? And even those US presidents that were some what pro-Taiwan or at least in favor of status quo are republicans. I thought self-determination of sovereignty is more of a lefty ideology?
Uncreativeusername May 12, 2019, 8:48am #2

I don’t think determination of sovereignty is an issue that would fall on the left right dichotomy. More of a who and where you are thing. But anyway to Americans who support Taiwan I imagine sovereignty isn’t the issue so much as simply going back to anti communist sentiment.

I’m not an expert but some of it goes back to the so-called “China Lobby” in the years after 1949, see this pdf

I thought self-determination of sovereignty is more of a lefty ideology?

Why would you think that?

Because human rights are a dead letter.

If you’re a cynic: Because Taiwan buys a lot of weapons from them

If that’s it, why don’t they just sell as much as they can? Taiwan is perfectly happy to buy way more.

Obviously not that that simple, but prob safe to say business interests, national security interests, ideology in some combo.

That piece is Taiwan.

I do agree weapons sales is part of the equation. It’s basically a mix of moral values and US interests. Conservatives are more discontent with China, mostly from the economic and sphere of influence stand point. Taiwan is a thorn on their sides and they know it. Plus I think they know if Taiwan falls, their relationship with Japan and Korea changes and changes fast. No way Japan and Korea will rely so much on US in the Asian pacific anymore if that happens, they will ramp up their own military and go nuclear in months.

I think Progrrssive leaders should support Taiwan more, idk if it’s partly due to the fact conservatives support Taiwan so they don’t want to or what. But if they want to be the party that cares about minorities, human rights, etc. No better place to start.

But if they want to be the party that cares about minorities, human rights, etc. No better place to start.

They don’t. They aren’t, and Taiwanese can’t vote or legally donate to their campaigns so who cares?

They don’t. They aren’t, and Taiwanese can’t vote or legally donate to their campaigns so who cares

Well if they want that to be their image. It seems rather hypocritical they want to criticize Israel and support Palestine but pretty much stay silent on China’s aggression towards Taiwan on the daily. I would say Israel/Palestine is more complicated and what China is doing is very clear cut.

I would say Israel/Palestine is more complicated and what China is doing is very clear cut.

I agree they should support Taiwan and most do, but I don’t believe their unwillingness is partisan or knee jerk contrarian, They disagree with the foreign policy /economic policy or military strategies they’re being asked to get behind.

Also some pretty reasonable mistrust of the appointments themselves. Asking progressives to get behind neoconservative war hawks in the name of democracy is a tough sell, and the same crew called for a war that didn’t go all that well the last time around… theres some reason to be skeptical.

There was a big rally for legalizing gay marriage a while back in Taipei and this was during the short lived honeymoon between Taiwan and Trump with the phone call stuff. One aquaintance of mine was wearing a MAGA red hat, bashing liberals and PC culture, and then at the same time there to support a legal appeal for the rights of gays to marry. Politics make strange bedfellows.

Maybe there are some, but which progressive leaders have come out in support of Taiwan? I personally haven’t heard of any recently, not saying none have. But doesn’t seem to be any I heard of.

One aquaintance of mine was wearing a MAGA red hat, bashing liberals and PC culture, and then at the same time there to support a legal appeal for the rights of gays to marry.

I see no dichotomy here.

Libertarian? Or bashing them from the Left?

The House voted 414-0 for a non-binding resolution reaffirming the U.S. commitment to Taiwan.

Looks bipartisan to me

Looks non-binding to me.

It’s pure virtue signal. But a nice gesture all the same. At least they’re signaling the right virtue.

According to the votes on resolutions recently Taiwan has widespread bipartisan support in the US. I guess we hear more about it from the Republicans now because they are incumbent.