What the hell is a stone

To be more accurate, he was the bum wipee, not the wiper. And that was kind of the problem.

As I said in the other thread where this was first discussed… he died as he lived; inconveniencing Asians with his disgusting body.

It’s times like this that bring strangers closer together, showing us a different side of each other that we don’t normally reveal.

What the hell is a stone

The ‘Empire’ still uses stones to measure weight. Kind of backwards if you think about it, the ‘Stone age’ people introduced that. What would happen if you only found stones of unequal weight?

From the Central News Agency. So they did something about it… That’s cool.

From the Central News Agency. So they did something about it… That’s cool.

Just 2 days after the airline sacked the complainant for making inappropriate comments about poisoning a pilot, and beating up non-union employees… oh the irony. 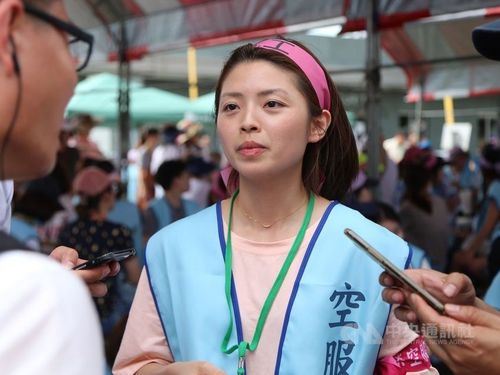 Taipei, July 11 (CNA) An EVA Air flight attendant and board member of the Taoyuan Flight Attendants Union (TFAU) was fired Thursday after making a remark about adding "extras" to a pilot's meal during the recent flight attendants strike.

Just 2 days after the airline sacked the complainant for making inappropriate comments about poisoning a pilot, and beating up non-union employees

Not sure I picked up on “poisoning” in the article. By “extras”, I thought she meant spit.

And “giving them a hard time” doesn’t really sound like beating people up. It sounded more like she was thinking about being constantly rude to the non-union employees. But something may have been lost in translation.

It’s open to interpretation. That said, even if she meant just “spitting” in their meals, I don’t think that should get her off the hook. It’s still messed up. Airlines don’t want to joke about food safety, especially something happening to the pilot in charge of the plane mid-flight due to an unexpected “extra” in their meal.

And “giving them a hard time”… again, open to interpretation. I took it to mean emotional/verbal bullying. I think it was the “extras in the food” line that primarily got her fired though. If she had just said the “hard time” thing, I think she would still have her job.

I agree with you on both points.

This is the closest I could find to a “bad behavior on EVA Air” thread. Mods: feel free to move this if there’s a better thread for it.

Our latest charmer apparently “threw his food tray and left his seat on flight BR868 [from Hong Kong to Taoyuan Airport] before landing, and refused to follow orders from the flight attendants.” He then “pushed two of the cabin crew, bruising one of them”.

“The nationality of the passenger has not been revealed.”

Not one of us then. Won’t see it on TVBS.

Who knows? With phones everywhere, we might yet see some video(s) of this latest “incident.” : P

“The nationality of the passenger has not been revealed.”

Not one of us then. Won’t see it on TVBS.

Yep! Definitely not a white big nose otherwise the torches and pitchforks would be out!

Interesting that the stewardess/waitress in the beginning of the thread got fired. She was aghast at having to clean bodily waste and yet threatened with bodily waste.

Well, who ever said the best and brightest entered such roles.