Well, here again we get to see what the Republicans think of the people’s voice, and what they’ll do to shut it up… What the hell kind of democracy is this? F*ing Obama Bin Laden has won.

Protesters here in Minneapolis have been targeted by a series of highly intimidating, sweeping police raids across the city, involving teams of 25-30 officers in riot gear, with semi-automatic weapons drawn, entering homes of those suspected of planning protests, handcuffing and forcing them to lay on the floor, while law enforcement officers searched the homes, seizing computers, journals, and political pamphlets. Last night, members of the St. Paul police department and the Ramsey County sheriff’s department handcuffed, photographed and detained dozens of people meeting at a public venue to plan a demonstration, charging them with no crime other than “fire code violations,” and early this morning, the Sheriff’s department sent teams of officers into at least four Minneapolis area homes where suspected protesters were staying.

This is really disturbing. The worst hypocrisy: rightwing Americans enjoyed very much decrying the grip the Chinese government had on dissent and dissidents during the Olympics, but are very, very silent about how the United States federal government is directing this harrassment of leftwing Americans who have not even done anything.

This is serious shit that rightwingers cannot and should not ignore. “First they came for the socialists,” and all that.

And here’s my alternative-media heroine Amy Goodman (of that wack-job website from which I post all those articles certain Forumosans wish no one would see) herself getting arrested at the GOP convention, along with her producer and camera-man!

The first time I read about this was in a pro-China blog. The guy was arguing that why does the West complain about the clampdown on protestots during teh Olympics when they do teh same…

[quote=“Icon”]The first time I read about this was in a pro-China blog. The guy was arguing that why does the West complain about the clampdown on protestots during teh Olympics when they do teh same…

_> No surprise. If only they knew the differences between what their own government does to their own protesters and the rest of the world.

A lot of preemptive raids. It seems all those wire taps are paying off.

Look at the pictures of the protestors here though. Some of this stuff is far from peaceful. In fact in the last two you see mobs of masked protestors attacking policemen and a delegate.

Police estimates of the marchers shifted several times, ranging from 2,000 to 10,000.

[quote=“Tony Blair”]"Peaceful protest is an essential part of a democracy, violent protest is not, and has no place in a democracy.

“This effectively is an anarchists’ travelling circus that goes from summit to summit with the sole purpose of causing as much mayhem as possible.”[/quote]

youtube.com/watch?v=Kyvsc1ktgJE
Flower power girl gets sprayed in face.
She was a dangerous hippy.

I wish someone had maced these people

Several of those who were arrested are being represented by Bruce Nestor, the President of the Minnesota chapter of the National Lawyers’ Guild. Nestor said that last night’s raid involved a meeting of a group calling itself the “RNC Welcoming Committee”, and that this morning’s raids appeared to target members of “Food Not Bombs,” which he described as an anti-war, anti-authoritarian protest group. There was not a single act of violence or illegality that has taken place, Nestor said. Instead, the raids were purely anticipatory in nature, and clearly designed to frighten people contemplating taking part in any unauthorized protests.

The RNC Welcoming Committe was infiltrated by the police. They discussed kidnapping delegates, “pulling a single officer from a police line and beating him”, tripping police horses with marbles and throwing a balloon filled with a “very dangerous chemical”. Oh, and trying to set the police on fire with Molotov cocktails, but I suppose that is constitutionally protected free speech.

Kidnapping, sabotage was part of anarchists’ plan to disrupt convention

[quote]The affidavit paints a picture of a group that recruited participants from 67 cities and was intent on creating havoc.

According to the document:

• The RNC Welcoming Committee held two “pReNC” gatherings, one from Aug. 31 through Sept. 1, 2007, and another on May 3. At the first, 150 to 200 people — including one of the informants — talked about tactics to “shut down the RNC.” At the second, St. Paul was divided into seven sectors for various anarchist groups to claim.

• The affidavit also talked about an “action camp” held July 31 to Aug. 3 at Lake Geneva, Minn.

• “An individual by the name of ‘Henry’ told the action camp group that he was throwing a liquid-filled balloon and that members of the group should stay away from the area … because it would be very dangerous,” the document said. “Henry stated the balloon was filled with a chemical that would be very dangerous and if caught, he would go to jail for a long time.”

• Another person talked about using large puppets to conceal and transport Molotov cocktails, bricks, caltrops (devices used to stop buses and other vehicles), shields and lockboxes, the affidavit said. They also planned to throw marbles under the horses of the mounted patrol to trip the horses.

• Participants did role playing and attended demonstrations on how to use a large barrel filled with concrete and steel pipes to help protesters block streets.[/quote]
Yup, clearly a peaceful protest group.

[quote]On Tuesday, District Judge Kathleen Gearin denied an emergency motion brought by eight plaintiffs — including at least one of those arrested — to have some of the items seized by police returned to them.

“Who should we return the urine to?” Gearin asked.

In addition to buckets of urine, investigators seized homemade devices used to disable buses and other vehicles, weapons, gas masks, flammable liquids and rags that could be used to make Molotov cocktails, computer storage devices, documents, pamphlets and banners. Some materials, such as banners and signs, were returned Monday for demonstrators to use during the protest marches. Albert Goins Sr., attorney for the plaintiffs, said they are likely to file an emergency appeal to get the rest of it back.[/quote]
This shows the state of the justice system in Bush’s fascist America - how can they protest peacefully with just banners and signs? They clearly need their Molotov cocktails, balloons full of dangerous chemicals, bricks, caltrops, marbles and buckets of urine back!

The police are just taking the piss.

What’s step 1? Sending gangs of thugs to break up your opponents’ political meetings and beat up the police? Pacifist and anti authoritarian my ass, these people are brownshirts.

/Since accusations of fascism seem to be de rigueur round here.
//Mind you if anarchy is a necessary transition state between democracy and fascism, anarchists are in Orwell’s phrase ‘objectively pro fascist’.

Does that include the mob? 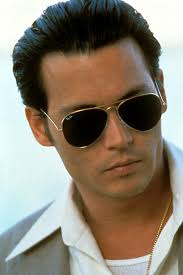