Just looked up [url=http://tw.forumosa.com/t/japanese-island-100km-from-taiwan/4298/1 old thread[/url] on these Japanese Islands that are not far from Taiwan. It all seems a bit out of date now, so here’s a new one.

I went to Miyako very briefly last year, and didn’t have much time to look around. It seemed like a pleasant enough, but very quiet little town. The water and beach were very inviting though.

I’v just come back from Ishigaki, and would like to go back for a longer trip. The island is beautiful, the main port pleasant enough, and people extremely friendly. For instance, we took a taxi out to Kabira Bay to see if it’s as beautiful as it’s supposed to be. It was just a look-see in the late afternoon and the weather was overcast, so we didn’t plan to hang around for long. The driver spoke virtually no English, but seemed to understand that we wanted him to drive us out there and wait while we explored.

Here’s an online pic, as bad weather and a camera-phone don’t do the place justice:

Ishigaki is the main port of the Yaeyama group of 8 islands, and there are high-speed ferries departing all day to the other islands. The closest is apparently only ten minutes away. I was there just before the golden week holiday, and saw several people heading off with rucksacks full of camping gear. If what I saw is any indication then camping out would be great.

I kind of like this site, which includes downloads of local music. We attended a reception which included performances of traditional (and not so traditional) music and dance, which is lots of fun. The people we met certainly seemed to know how to have a good time.

A good dinner cost about NT$500pp, which is not too bad. The staff didn’t really speak English, and we had to pick our meals by pointing at pictures, but that’s all part of the fun. I’m not sure about the seasnakes in big glass jars of sake though. I had a feeling that with just a little prod the owner of the restaurant would have sat down with us and cracked one open. The feel was very relaxed and friendly, small town. Great.

According to [url=http://tw.forumosa.com/t/star-cruise/23023/1 thread[/url], the cruise to Ishigaki no longer runs.

I am told that you can fly direct to Ishigaki(ISG) from Taipei (TPE), but I haven’t asked a travel agent. One of the TW domestic carriers has operated charter flights there (Fridays) in the past but I’m not sure if this service is still running. I just looked online, and you can get there via Naha in Okinawa quite easily, but it costs US$600+

We did it in a sailing boat in less than 24 hrs. Coming back would have taken 18hrs max, except that the wind died. You could probably charter a motorbaot from one of the eastern ports of Taiwan and get there overnight quite easily. That might be the best option, especially if you wanted to dive.

The harbour authorities only work office hours and require 24 hours notice if you want to arrive by boat. We had, at one point, 12 (polite and friendly) officials from different departments on board a 50’ boat with a crew of 7 and they weren’t concerned with how much alcohol we were carrying. Formalities took about an hour.

Lastly, Yonaguni. This island has no immigration service. You have to go to Ishigaki to officially leave/enter Japan, which is a pity as it’s closer to Taiwan and you would have to drive past it.

I don’t know much about it except for the famous underwater thingies. Some people think they’re natural phenomena, some think that they were built or modified by people. If the latter is true then that would be pretty funky, as they’ve been below sea-level since the end of the last ice age ten thousand years ago. 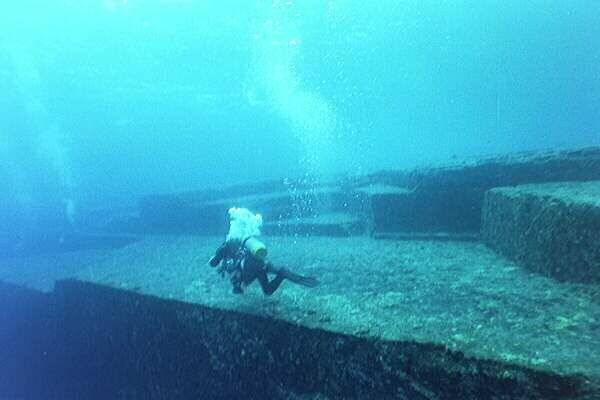 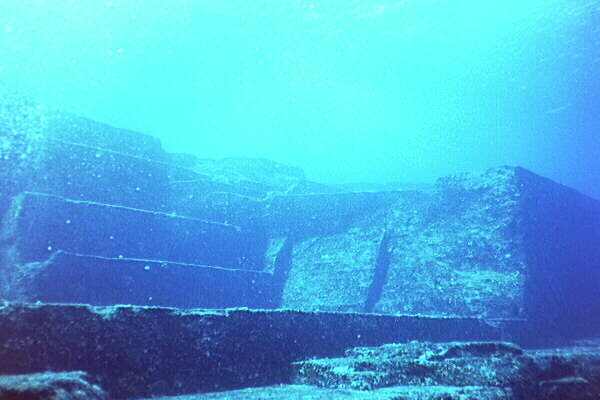 When I first came to Taiwan, I came with my g/f of the time, a Dorset lass doing her “year out” on a Chinese degree. She got to come and teach here. Her friend, who was doing Japanese, got Ishigaki, and spent the year zipping around the islands via float place to teaching jobs. Seemed a bit unfair to me.
We spent a couple of weeks there and I’ve always wanted to go back. Stunning place!