Yet another mass shooting in the US

I lived in Buffalo as a kid. I was too young to remember, but it’s one of the most racist cities.

I always thought it was southern places like Texas that are really racist. I thought people in the north are more tolerant.

There’s a difference between a racist and a mass murdering psycho gunning down people who were grocery shopping.

The later are radicalized over time in some echo chamber chat room with like minded morons, like the Incels who foment the daftest conspiracy theories like replacement theory of the white race, which from early reports is what this guy did.

A friend of mine in college had grown up in Broome County, a short drive north of Binghamton, NY. It’s 200 miles from Buffalo, or roughly from Taipei to Kaohsiung.

The region is somewhat “country”, and while he was a good guy, he grew up in a home that probably had conflicted (at best) views on racial equity. He differentiated from his own dad in that regard, but he would often openly observe his own biases creeping up.

I’m glad to say he’s certainly reconciled his own upbringing with the kind of person he wants to be. That said, it’s not hard for me to see how this kid, possibly growing up amongst veins of antique racial prejudice, combined with easily accessible toxic echo chambers, could attain such a goal and purpose.

I lived in Buffalo as a kid. I was too young to remember, but it’s one of the most racist cities.

I grew up in Houston, TX and racist comments were not tolerated AT ALL.

Basically the schools were really woke and I’ve been in trouble just because I’ve accidentally said something that could be construed to be racist.

I don’t know how it is up north but I’ve heard someone who lived in NY state said that the amount of overt racism there is overwhelming. Like if a black person were with a white kid the cops would be called.

I can see how you get in trouble just for talking, sometimes

I can’t speak for buffalo, but I lived in Rochester for quite a while. I took a training workshop back in 2019, and one of the participants was quite an interesting fellow.

African American, nearly retired, and had grown up in Rochester. I never knew there was a race riot there back in the 70s.

His father was a police officer, who’d also grown up in the region. I suppose I should research it at some point, but he mentioned a certain social program that led to a massive influx is southern African Americans moving to NY, and then the same program ultimately failed, or just couldn’t keep up.

When rioting strayed into their neighborhood, his dad had him sit on the porch with him. His job was to flick on the light switch, just long enough for whoever invited themselves through their gate to see the shotgun on dad’s knee.

They bought a house down in South Henrietta a short time later. Henrietta is all a sprawl with malls, etc, but was largely farmland back then. South Henrietta still is. Anyhow, the neighbors actually called the sheriff, (who knew the man, still active in the RPD), and asked him to tell them they couldn’t live there. Thankfully he enlightened them on that particular issue.

Officials were trying to authenticate an apparent manifesto espoused the “great replacement” conspiracy theory and stated the suspect radicalized on an extremist forum.

A day after saying that hate wasn't a factor in the shooting that injured three Korean women, Dallas police are now investigating it as a hate crime that may be linked to other shootings.

I just watched what little bit of livestream there is before Twitch cut it off. It’s pretty f’d up as you might imagine. 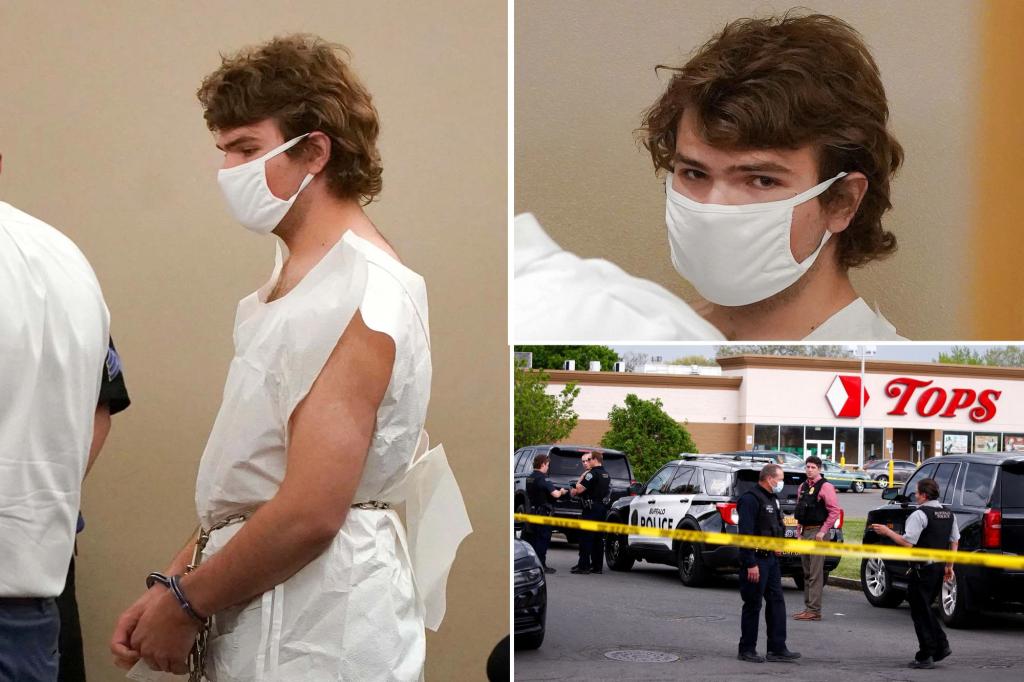 The alleged mass shooter who shot and killed 10 people in a “racially motivated” rampage in a Buffalo supermarket faced a judge hours after the Saturday afternoon massacre.

I know the area where the shooter comes from very well as my kid attended college, and now lives in Ithaca, NY. The crime they have even in tiny Ithaca rises to Albany levels. Like teens shooting teens in the face in parking lots kind of violence.

I won’t post it, but his live stream of the event is chilling. What an abominable act.

Another lone wolf. A random crazy. A psycho killer whose motives are mysterious- probably some personal problem.

I feel like there has to be an element of that in all of these rampages, though. Being genuinely racist and radicalized online still doesn’t seem to explain wanting to do something like this.

And there are plenty of mass shootings where the killer doesn’t seem to have any particular agenda in mind, so I’m not even sure if we can confidently say that the hate groups cause this stuff to happen, although they’re directing it in a particular direction in some cases.

I don’t even know what policies might make a difference, any more. It just seems to be part of US culture at this point.

He’s 18, spent the last two years locked down and probably not going to remote school. I will assume he’s from a gun culture family and community, again because I know the area. There’s going to be a lot of chatter about his fixation on the Christmas parade massacre for sure.

Honestly, I don’t give a shit about him right now, as the victims haven’t even been identified. It was a beautiful day yesterday weather wise all across the state. People just out buying food. Damn.

I do think a good start would be to stop centering the reporting around their dumbass manifestos and supposed ideological motives. Report them as just unforgivable murders, which is what they are, and maybe there could be a more constructive debate about reducing them.

There are some things everyone agrees with, people with mental health issues should not have access to guns, people that make threats to commit mass shootings should be monitored and yet it seems the same almost every time.

The teenager accused in Saturday’s Buffalo supermarket attack had once threatened to shoot his high school classmates but was still able to legally purchase three firearms, reports and sources said.

Payton Gendron, 18, of Conklin, New York, had sparked a state police investigation last year in Broome County that led him to be referred for a mental health evaluation and counseling, according to The Buffalo News. 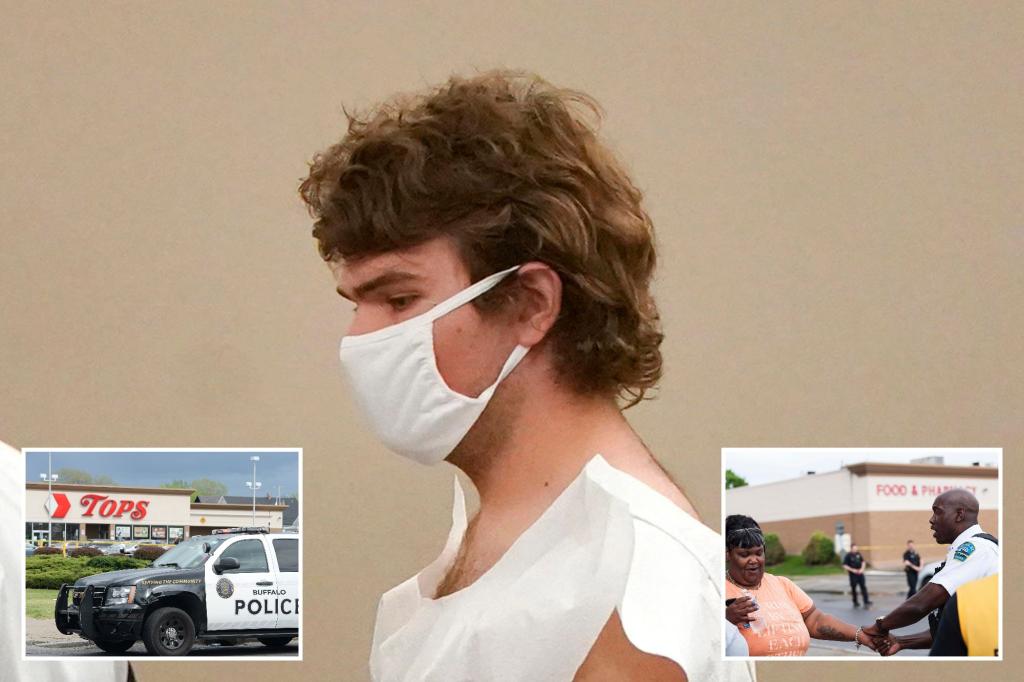 Had made threats to shoot his classmates, was on the police radar, had been getting mental health evaluation and counselling and yet despite that it seems was able to purchase firearms and apparently his internet traffic wasn’t being monitored.

It shouldn’t be that hard to keep tabs on these sorts, they can’t be so numerous it’s impossible to restrict access to guns and keep an eye on what they are doing.

It shouldn’t be that hard to keep tabs on these sorts, they can’t be so numerous it’s impossible to restrict access to guns and keep an eye on what they are doing.

Or they are numerous which allowed this guy to slip through the net.

Part of the shooter’s manifesto.

Yeah, this is kind of one of those psychological survival mechanisms that ends up hurting us. We cant just live in terror of random people, or we couldnt go out of the house, ever, without gearing up for battle. So, we tell ourselves people are good, even though we know it is not so, because it allows society to function.

Pointing to their manifestos, twitter accounts, chat rooms, etc just allows us to spin a consoling narrative of why this 1 in a million person did what they did, when it could be 1 in a 1000 or less actually are capable of doing such things.

We need to just have a big 4chan get-together and then nuke the place. I skimmed his 180-page manifesto crap and of course he’s another 4channer.

A sizable portion of his manifesto is basically a handbook for others wanting to copy him. Tons of detailed info on body armor types, where to buy it, how much it costs, etc

Where are you guys getting the manifesto? I’d rather not join 4chan, but I’d also like to read it.