Afghanistan is at war (again)

Then everyone lied about it.

Should be the motto for the last twenty years of US military involvement in Afghanistan.
Followed by
“And then the generals got cushy jobs at defense contractors.”

Men holding hands with each other is not uncommon in Afghanistan, so not sure why you think this is seen as an issue.

Let me clarify, I am not talking about all of Afghanistan, nor about the last 20 years in particular when Taliban weren’t in control. But if you were in a ultra-conservative / religious area where an extremist group was in control , then holding hands was an issue (still might be). Standing around high-fiving each other, putting arms on the shoulder while having a chat is fine. Walking in silence, while holding hands (like a couple) is not. Because getting even accused of being homosexuals could get you punished. Just like getting accused of apostasy is an instant death sentence.

I supported a shit ton of overwatch / mir-cas missions in Helmand, Kandahar, and surrounding areas with strong Taliban activity; we watched a shit-ton of daily Taliban activity to determine normal patterns of life, and men holding hands was common. Afghan forces on base also held hands, but you seem likely to dismiss that. Still not sure, and wondering, why you think men holding hands in this culture is an issue.

I had no idea you were involved in Afghanistan. That’s very interesting and much respect to you.

Biden killed an entire family just so he could look like he ‘fought back’ after a suicide bomber killed 13 US service members.

Then everyone lied about it.

The mission “was based on good intelligence” against a target that “prevented an imminent threat,” Pentagon press secretary John Kirby told reporters on September 2. A statement from US Central Command said there were “no indications” civilians were harmed in the attack and said “significant secondary explosions…indicated the presence of a substantial amount of explosive material” in the car.

Military officials said they did not know the identity of the car’s driver when the drone fired, but deemed him suspicious because of how they interpreted his activities that day, saying that he possibly visited an ISIS safe house and, at one point, loaded what they thought could be explosives into the car.

Times reporting has identified the driver as Zemari Ahmadi, a longtime worker for a U.S. aid group. The evidence suggests that his travels that day actually involved transporting colleagues to and from work. And an analysis of video feeds showed that what the military may have seen was Mr. Ahmadi and a colleague loading canisters of water into his trunk to bring home to his family.

I agree, going back to the exact time at which it happened, which was while the US intelligence and State dept. was spinning the tale as some precision hit on ISIS k (which it wasn’t) and the family killed as a result of a secondary explosion (they weren’t) the immediate question to those that questioned this story was “where did you get this intelligence?”.

Which is a fair question, the implication was (although unsupported by any facts yet) that they may have relied on Taliban intelligence.

In other words, to those who doubted the original story on day one, what looked like what happened after the bomb at Kabul airport was the US went to the Taliban and said "hey you guys hate ISIS, we hate ISIS, ISIS just did this, give us an ISIS target) and they gave them a name of a US friendly which the US precision bombed into oblivion at which point the Taliban are like “Buhahahaha”.

That’s what it looked like, so far they are right about it not being an ISIS target and there not being a secondary bomb, who knows about where the information came from.

Man, I’d like to get an idea of the distance and relative positioning of the gate and that car. Hellfires generally carry a (small) shape charge, and you don’t generally get a whole lot of extra damage from hellfires (this is a platform I’ve specifically supported).

and there not being a secondary bomb

That’s not a conclusion we can really draw at this time. Or are you just agreeing with whatever agrees with your biases, even if you generally disregard the source (nyt in this case)?

who knows about where the information came from

The info released says it’s a pattern of life attack coupled with preexisting intel. It’s a common scenario, and certainly plausible - that’s probably how the majority of hellfires were launched in theatre.

That’s not a conclusion we can really draw at this time. Or are you just agreeing with whatever agrees with your biases, even if you generally disregard the source (nyt in this case)?

Not at all, it was a suspicion, the quoted material notes they examined the blast site and concluded there was no secondary explosion, that’s not proof, but it lends weight to the original suspicion.

I was quite impressed with the precision of bombing of Gen. Qasem Soleimani, although like everyone else had the general thought “jesus, you just bombed the General of Iran”, fortunately not too much became of that incident. Iranians blew up their own passenger jet which made them seem even more inept and foolish.

It was more like a flying meat grinder than explosive warhead:

The Defense Department reportedly employed a specialized missile that’s best described as a meteor full of swords to take out an ISIS-K leader in retaliation for the group’s brutal bombing of Kabul’s airport amid the ongoing U.S.-led evacuation efforts there.

The Wall Street Journal reported Saturday that the Pentagon had used the R9X variant of the notorious AGM-114 Hellfire missile fired from an MQ-9 Reaper drone to kill two militants associated with ISIS’s Afghanistan branch in the country’s Nangarhar province.

Colloquially referred to as a “ninja bomb” or “flying Ginsu” and first publicized by the Wall Street Journal back in 2019, the joint CIA/DoD R9X does not use an explosive warhead. Rather, the missile comes packed with a halo of blades that deploy moments before impact to effectively eviscerate a target, a lethal update to the inert “Lazy Dog” bombs of the U.S. campaigns in Korea and Vietnam.

I was quite impressed with the precision of bombing of Gen. Qasem Soleimani, although like everyone else had the general thought “jesus, you just bombed the General of Iran”, fortunately not too much became of that incident. Iranians blew up their own passenger jet which made them seem even more inept and foolish.

That’s like calling a lynching a precision operation because somebody was hung and it went off without a hitch.

Reading about Mr. Ahmadi triggered a memory, so I Googled “Don’t shoot my plumber.”

You are right, Wtf indeed. Beijing doesn’t need to sell its citizen anything.

China is the main reason why the Taliban could make their comeback, and China has many great reasons to support the Taliban. It’s always great for them to spite the US, and spite they did. They wanted a passage for their belt and road project, now they have one. They wanted exclusive access to mining rights, now they have it. They want Afghanistan to stop harboring Uyghur political leaders and resistance fighters, now the Taliban leaders openly promised to kick them out. Finally, the Taliban is closely tied with Pakistan, which has been working closely with China for close to a decade.

It’s all win for China, and they clearly came out on top this time. They are also using this as a propaganda piece against Taiwan, saying that the US isn’t reliable. 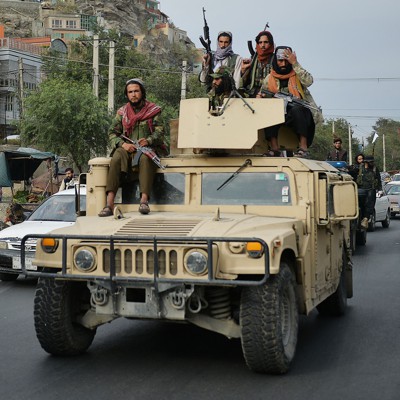 How Equipment Left In Afghanistan Will Expose US Secrets

Even rendered inoperable, equipment now in the hands of the Taliban will yield troves of information about how the U.S. builds weapons and uses them. 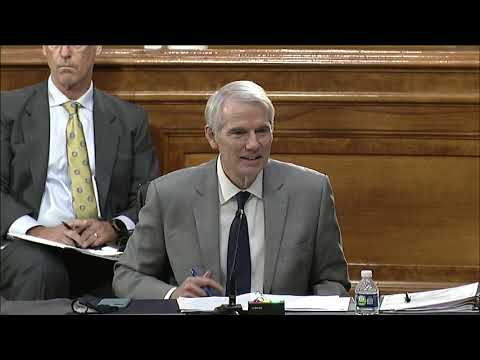 3/4 of the people they got out weren’t the people who we were supposed to get out? 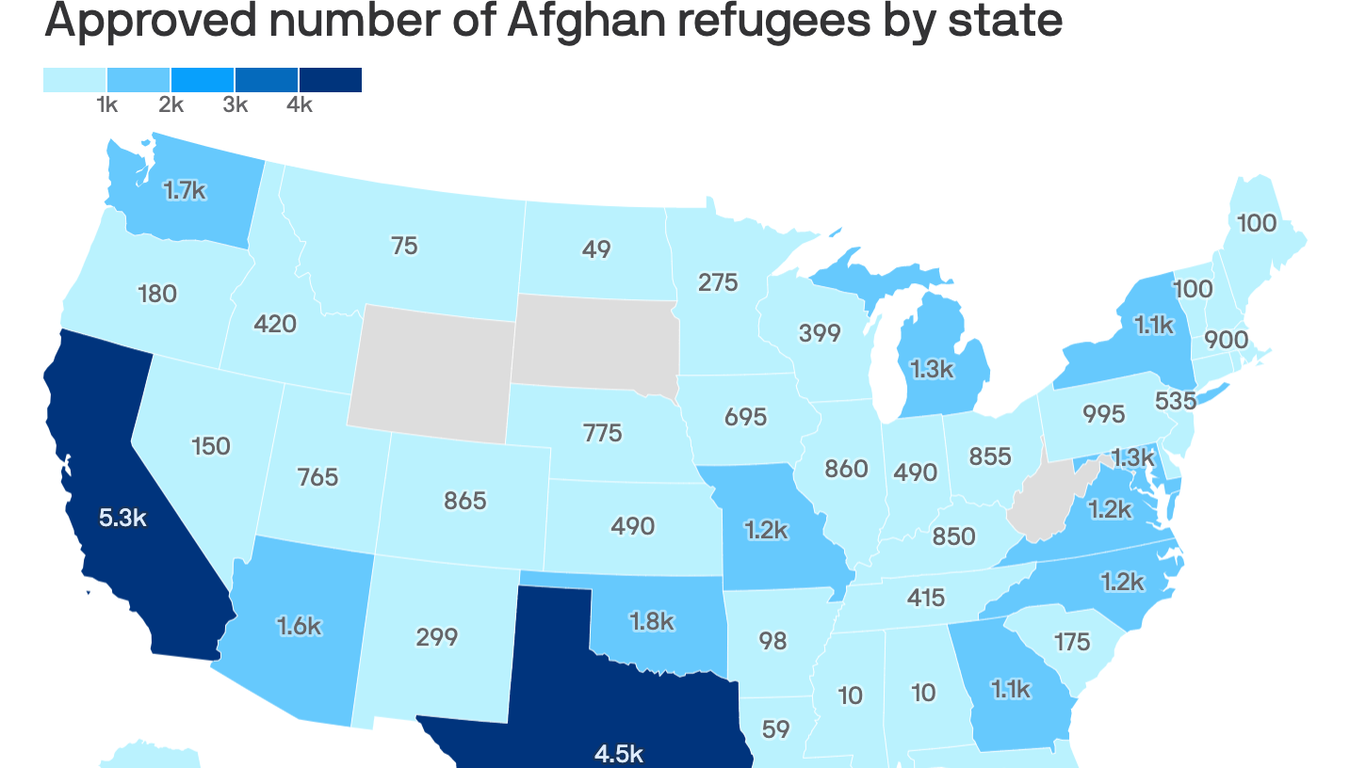 California is projected to receive the largest number of Afghans at 5,255. Next is Texas, at 4,481.

Can we see this in action on some cows or something? Sorry @Dr_Milker