Beaches where we can swim without lifeguard harassment

Where are some good beaches in Taiwan where can swim?

The lifeguards in Taiwan are way too strict! I used to be a lifeguard in Australia and have a good idea about what is safe.

Shanyuan Beach near Taitung. It used to be under contract to a private company, whose lifeguards would come on quads to hassle you if you swam anywhere outside a roped-off 200 meter stretch on a 1.5 kilometre sandy, sheltered, rock- and current-free beach. Then a big Taipei resort company leased the beach, built a huge hotel violating their building permits, and, after years of protests, were shut down, never having opened. Now nobody has taken over jurisdiction, so access is totally open.

Shark-free too, since you’re from Australia

. Though there are jellyfish in the summer, which can give you a sting; not the deadly little buggers you get back home.

l would not be surprised if there was a law in Taiwan that says you are only allowed to swim in the sea in designated areas with life guards. Think I read it somewhere.

Wanli on the North Coast. The area next to the White House Beach Resort is free, with parking also free. No lifeguards. The beach area that is controlled by the resort is significantly cleaner. I think they shipped in the sand and I know they also pick up trash daily. There’s a fee of 300 nt or so to get a daily pass to the resort. I recommend trying this at least once as you can use their beach, pool, and shower facilities. But the adjacent free area also makes for a fun time, especially if you have chairs, umbrella, etc.

They shut down the beaches here due to the infection (though they’re opened now), including the surf beaches, which seemed a little excessive. If you’re close enough to someone on a surfboard to be breathing in their exhale, Covid is the least of your problems.

I was there a few months ago, and it seems that the bathrooms in the hotel have been opened to the public. Not sure what the deal is, if the county is leasing it from them, but they are open now, and still no lifeguards patrolling the beach.

Baisha Beach in Pingdong (NOT SHIMEN, NEW TAIPEI) is lifeguard free. But there is a roped off section, nobody bothers you if you swim outside it though. This beach is really great, great sand, not too crowded, very picturesque. but it is a little hard to reach, you would need a scooter or to get a cab from Kenting.

A beach without 'lifesavers' near Taipei Where Can I Find...?

Where can I find a beach, where you can actually swim, and not being degraded to kid status? I went to the White Sand Beach, on the north coast not so far from Tamshui, as I heard that it’s quiet and nice. Too bad that you are only allowed to swim in the closed zone, that means that you can’t swim there at all, as you still can feel the ground and it’s so small that it’s crowded with people. My attempt to enjoy swimming outside the ‘zone’ was disturbed by overzealous lifeguards, who seem to …

Dapeng Bay, not for from Kaohsiung, went bust so no lifeguards but toilets etc for use,
https://goo.gl/maps/VxCb8v77HsDzFhh68

Lingyuan wetland park, has access to a small beach also along that bit of road there are some areas where people swim in the sea, but not much sand
https://goo.gl/maps/zYeFESHFMCh7ZErq5

Wanli on the North Coast.

It seems, sadly, that these folks could have used some “lifeguard harassment.” RIP. 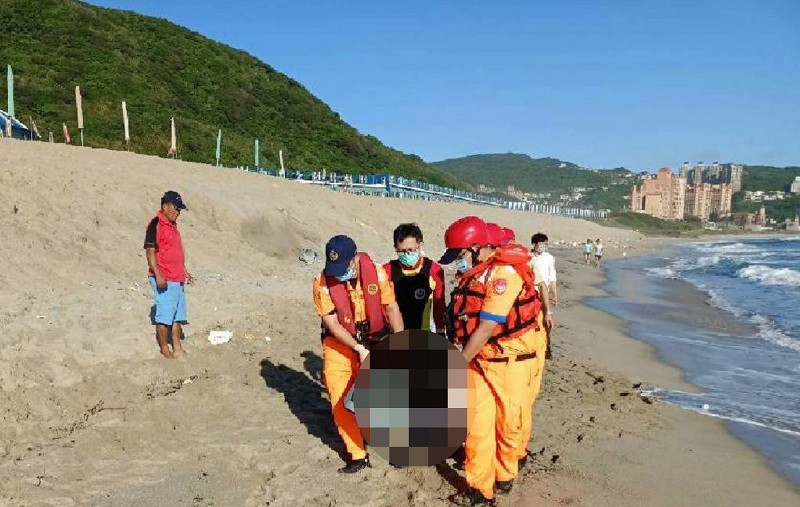 Tragedy strikes two brothers on New Taipei beach, one drowned and one missing...

I live near Secret Beach but I would not consider swimming there. It seemed pretty dangerous, and besides, who wants to go to a beach that has pebbles for sand?

You might find it perfectly safe, though, if you’ve been a lifeguard before.

We are constantly rescuing individuals who disregard safety and refuse to follow instructions and stay within the swim lines at Baishawan. Rescued two yesterday as a matter of fact. They were dead and didn’t even know it. Would have been another sad statistic. Good thing we saw them.

This is a great surfing beach. But, even I would never swim here without a board of some type.

I nearly drowned once at a beach normally quite safe but a storm far away caused strong rip currents That was in wanli also.