Better options than the iPhone?

So I went and check out the new iPhone 8. Haven’t seen the X. But I was thoroughly unimpressed. I have the 6 and I’ve been waiting for the 8 and skipped the 7. My only issue with the 6 is that I got the 16gb one because a cab stole my phone and I just got the cheapest one. The 16gb, idk why they even make it basically is not enough memory to have much on it.

The 8 looks exactly like the 6. I mean I could hardly tell the difference.

What are some other great phones out there. I can’t justify spending 28k with a new contract to pretty much exactly the same phone.

What things do you mainly use your phone for? What size of screen do you want? How long do you want the phone to last?

My phone is a computer and social media device outside of sitting down in my computer. I don’t really watch shows on it, I don’t need a huge screen but certainly not smaller than the current regular iPhone. I listen to a lot of music, and it’s backed into iTunes. That’s the primary reason I really go back to the iPhone. The music.

A nice camera is good, I enjoy Instagram and Facebook. I watch some YouTube but I don’t use it to watch shows. Ease of writing and feedback would be nice. I had some trouble with previous HTCs due to typing.

I hope the phone can last a good 2 years at least. I’m mainly looking for a higher end smart phone. I don’t mind paying 28k for the new iPhone. I just was pretty unimpressed with them putting out pretty much exactly the same since the 6. I don’t know if I want to buy another iPhone when they just put the same product out.

Both are solid phones.

I had trouble with the keyboard with the HTC before.

I was actually looking at the Sony phone. It actually looks really nice and I do enjoy the shape and premium feel of it.

But it’s hard to know how much you like a phone until you use it for everyday life situations.

You can switch around the keyboards on android phones if you don’t like them, I have an Asus, but the stock keyboard was shite so I’m using google keyboard on it. The HTC U11 is also meant to have one of the best cameras going, and by all accounts is a very good phone.

I switched to Samsung after iPhone 5 and never looked back. Android phones high-end are just more useful and integrated than iPhones can ever be. Samsung 7 right now and it’s still top of the line. Not cheap similar to iphone pricing.

Why get the 8 anyway, when the X is around the corner? Just wait a month and then check that out. It was ridiculous of Apple to even release the 8, when they were just going to release a much more advanced phone a whole month later. Don’t get that from a business perspective.

If longevity is important, I’d go for flagship models. Also, I’d avoid Oppo as they’ve just been caught selling user data. I’d also stay away from Huawei (or any Chinese manufacturer, for that matter) because they supposedly have “too close” of ties to the government and are probably sharing data as well.

We’ve had a couple of Korean phones which didn’t make the 2-year mark. Interestingly, it was the motherboard that went on both of them. My HTC Incredible S went 5 years. It’s still my backup phone should I need one. I currently have the HTC 10, and my wife has the HTC U11.

I’d recommend the U11 for its overall performance, excellent sound quality, great camera, and light touch with the Android operating system (not a lot of extra crap). Don’t let a stock keyboard app jar you. As mentioned, choose a different app (I recommend SwiftKey).

Do some research on it. Vlad at The Verge called it the best phone of 2017. Read what some of the better tech blogs are saying about it. Find some YouTubers who know what they’re talking about (phone geeks with hundreds of thousands, if not millions, of followers). A lot of them are saying the same thing: the U11 is the best phone people aren’t buying. And, just so we’re clear, people aren’t buying because of HTC’s bad marketing, not because they have a disappointing flagship.

Why get the 8 anyway, when the X is around the corner? Just wait a month and then check that out. It was ridiculous of Apple to even release the 8, when they were just going to release a much more advanced phone a whole month later. Don’t get that from a business perspective.

I mean is the X really that much better? It also looks exactly the same and doesn’t seem to do anything thats just standout from the other phones out there that at least takes risks in designs.

If longevity is important, I’d go for flagship models. Also, I’d avoid Oppo as they’ve just been caught selling user data. I’d also stay away from Huawei (or any Chinese manufacturer, for that matter) because they supposedly have “too close” of ties to the government and are probably sharing data as well

yes, when I was in conscription, they banned all xiami phones and the military is also considering banning Oppo and Huawei as well.

I don’t really care so much about the sound quality of the speakers. That’s probably one of the last on my list. I either got headphones on or plug it into something. My concern is if the phone makes it easy to put my music on itunes into it and how easy it is to use the music library.

Like I said, do the research on the U11. I spent months researching my last phone. It came down to the HTC 10 or the in-development Pixel. I didn’t like what I heard the day Google released the Pixel, so I went out and bought the 10 straight away.

I also forgot to mention that you can get an extra year of warranty if you buy it from an official HTC store.

The U11 comes with some pretty good headphones, if I’m not mistaken. I’m not sure, my wife never uses headphones. But, yes, it does have decent speakers, too. 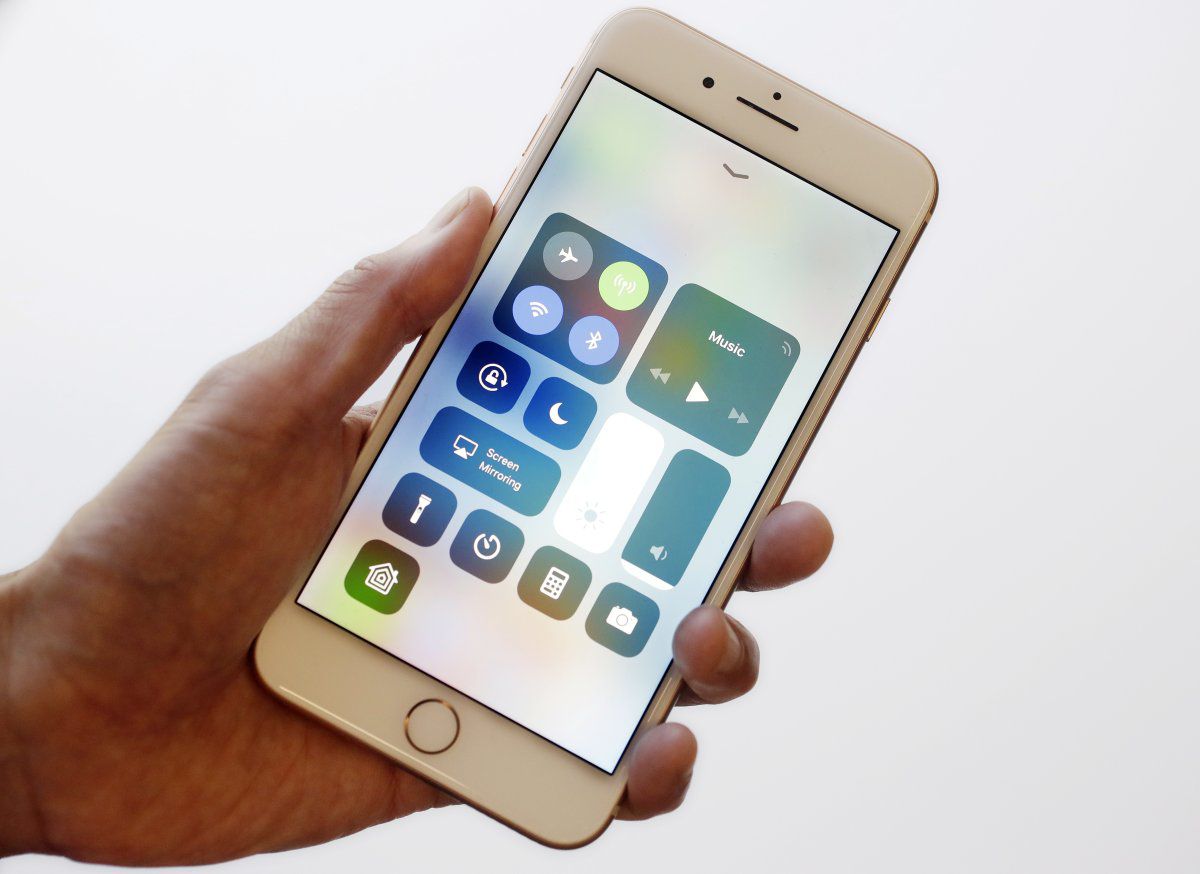 No one with input on the Sony phone? The camera looks amazing with a nice price tag.

No one with input on the Sony phone? The camera looks amazing with a nice price tag.

I know you are looking for high end phones and cost isn’t a factor but I’ll throw in my two cents.

I like picking up flagship high performance phones for cheap. To that end I bought 2, LG G5 last year and LEECO LE Pro 3 Chinese phone this year.

The lg is great because although people didn’t like the design, it is a very snappy phone that runs everything I throw at it and has last year’s chip spapdragon820. It is going for about $200usd on eBay which is a ridiculous cheap price. Or even the later model lg g6 can be had for $400 usd shipped with the latest OLED screen technology.

The Leeco phone i got for $200usd on Amazon shipped and it had the latest 821 chip and a 4000mah battery that takes me everywhere. Lg though has a leg up on camera technology compared to the Chinese phone. The LE is really snappy considering the price point.

I realize the Samsung s8 has a lot more bells and whistles but at a huge price tag of about $800 and for me all i want is a phone that can get online, fb and line, some videos and games etc and the budget phones do all that and more.

However if a very good camera is a big priority for you, i guess your going to have to shell out for the Samsung, as it has the best low light cameras full stop. Plus the Sammy has the best Amoled screen as well, full stop.

Sony has an interesting option on some of their phones (but not all). They’re compatible with SailfishOS. I think you have to pay a small fee, but you can replace the Android OS with Sailfish, an up-and-comer that could be a promising niche player.

I’d recommend the U11 for its overall performance, excellent sound quality, great camera, and light touch with the Android operating system (not a lot of extra crap). Don’t let a stock keyboard app jar you. As mentioned, choose a different app (I recommend SwiftKey).

I’m a little mad that I didn’t wait a month for the U11 to release. I ended up going with the HTC 10 EVO. CHT had a good promotion going on and I didn’t have to spend a fortune for it. So I went with it.

Only gripe I have with it is that it’s too damn big for my tiny hands. I can’t text with one hand like I used to with my M8.

Probably should’ve gone with the regular 10 in that situation.

Were you in need of a phone because your old one broke, or was it just the end of the contract? If the latter, I recommend following The Verge and Engadget. Those two tech blogs will give you an overall idea of what phones (and other tech products) are available and what’s in the pipeline. From there, you can expand out your research on a case by case basis, depending on your needs and interests.

How long did your M8 last you?

I switched from iPhone 6 plus which was an awesome phone except camera wasn’t amaxing especially at night.

The S8 plus with big screen is a beaut , the Samsung oled screens are awesome and I love love love the fast charging. Never freezes .Camera is really great too .
The size will not be suitable for everybody though.
I like the extra screen real estate.

The download speed can be phenomenal on LTE but that depends as much on the transmitters proximity.

Android is powerful but takes sometime to get used to it compared to iOS and more options so can be more complex to find stuff. Also need to be more careful with apps and websites.

But all the high end phones are similar enough with some differences in aspect ratio and cameras if looking at budget would go with advice around LG above.