Talking about guanxi, there were a couple of race related issues today on the papers that made me feel quite uneasy and worried about developments regarding nationality and rights for foreigners.

First one was using an exaggerated amount for babies born by foreign mothers, hence raisng ill will: 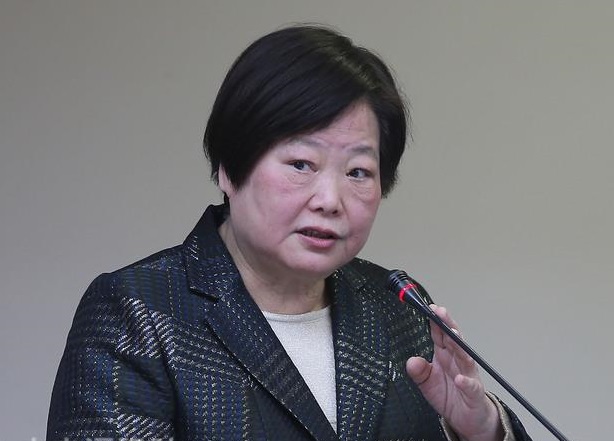 [quote]TAIPEI (Taiwan News) – The Ministry of Labor rebutted media reports that the government will spend NT$2 billion per year caring for children of foreign workers.

Labor Minister Lin Mei-chu said that MOL has approved a proposal to subsidize institutions or foster homes that agree to look after non-native children left abandoned by their mothers after birth.

According to government data, the number of children born to foreigners – including white-collar workers, students and migrant workers – in Taiwan reached over 7,000 in the period from 2007 to March 2017.

As of Jan. 31, a total of 121 non-native children were settled in social welfare institutions, including 45 whose mothers were unable to be located or who had left Taiwan, the data indicates.

The planned subsidies, which are set to begin on June 1, will be NT$17,500 per month for each child settled, the MOL said, estimating that 45 children will qualify for the settlement this year, for a total cost of NT$5.5 million.[/quote]

You got the story wrong. It is not the media that is saying that the babies will cost two billion ntd. It is politicians. The same ones in bed with the slave traders/agents that sell people to companies and turn a blind eye to humanity.

The report explains clearly that the children are few, the subsidy reasonable and the general cost way less than a few million. So the media is actually being reasonable.

2,000,000,000 NT$ / 121 non-native minors in the social care system = roughly 16,500,000 per child. Considering that 20 is the age of majority in Taiwan, that would mean an annual expenditure of 825,000 NT$. Since the government is taking over all expenses as well as all functions that parents usually provide, I find the number very plausible. Housing, caretakers, NHI fees, school fees, clothing, etc. all add up.

Obviously there should be debate about a 2,000,000 NT$ budget allocation. But the debate should target the OFW agencies that have caused this mess and rake in profits, while socialising the cost of their exploitative practices, i.e. South East Asian mothers who abandon their babies in Taiwan.

The focus is all on the mothers and the ‘foreign-ness’ of the mothers. No mention is made of the fathers.

Are they all virgin-mothers, named “Maria?”

These kids are born in Taiwan many to Taiwanese fathers. They are Taiwanese to me. If they don’t have anywhere to go it’s only right and proper they are looked after.

In the end the money just gets spent in Taiwan anyway and the kids grow up to be local members of society.

The thing is that those babies could br adopted. They could have a family. But they do not exist. They have no paperwork. No nationality. No names. That is why it us a serious human rights issue. And a “burden” for the ROC, instead of an asset.

As said, the mothers are fired and sent back when they get pregnant. Now, why do they leave the babies here? How many are product of abuse? Tgat aside, more often, With crippling debts from the near slavery agency system, the mothers cannot take care of their child and must leave them. So this is something the ROC does to itself to benefit the agency mafias. That is another blow to human rights.

If Taiwan is to gain momentum for independence and a continual competitive economy, these are issues that need to be looked at. Taiwan needs more diversity and I’m all for more non ethnic han Taiwanese to become part of Taiwan. Taiwan needs to embrace change and be open minded on social issues. I think the more we open and free we are on social issues, the more we will separate from being looked at as part of China not only from other countries but the people here.

taiwanese fathers and born in taiwan and they are considered not taiwanese? thats just plain bizarre.

taiwanese fathers and born in taiwan and they are considered not taiwanese? thats just plain bizarre.

As I said, they are left without passports or birth certificates. If this was teh ol country, we could enforce DNA, have father step up for teh care of the baby. Alas, Taiwan is not some 4th world backwater that is fed up with the Government and taxpayers taking the burden of irresponsible parents. Plus I guess most of taiwanese fathers are married and with connections, plus it would be very embarrassing to have to take care of kid out of wedlock…a kid from a “lesser” race to make it worse. If teh kid is a boy he might stand a chance, carry on family name and stuffm, but those are scooped right away as valuable property. It would be interesting to analyse the gender of teh kids being abandoned, their medical conditions.

Again, with Taiwan’s low birthrate and lower international standing, these kids are an opportunity to do the right thing and enrich the future of the nation. One hopes some enlightened mind could come up with a solution. Funny, eliminating the slavery contracts would be very beneficial to avoid this expense.

That’s another thing they could do, enforce the law that prohibits this.

How about putting as much energy into saving babies?

I know I didn’t say it’s effective but it’s getting a lot of attention and airtime and there was that lady vet suicide which prompted the law change.

It’s not clear what happens to the kids in state care. BTW my wife used to volunteer at an orphanage and they have always had a high percentage of mixed kids.

A fair number of the kids had under aged mothers or from broken homes, they would see their mothers once in a blue moon. Heart breaking stuff.

You know there’s a horrible phenomenon where some parents or single mothers would abandon the kids from a previous relationship in order to get married again. I’d Say it’s pretty rare these days though (total abandonment that is…although I do know kids that have been completely abandoned by their fathers after their parents got divorced…what a shit bag eh?)

Do the kids in state care get access to a state ID if their parent abandon them? I really hope they do.

Unfortunately, it seems to take a suicide for people to take attentioon to serious social issues. See the amount of care NOW after the suicide of the writer who was raped REPEATEDLY by her buxiban “teacher”. The parents did not believe her as the guy was famous. Probably playing hooky, they thought, as her grades were always good, and everyone knows grades are all that matters for one to be happy. Or too busy at work, double shift to pay for famous buxiban…

And no, the kids born in the ROC who have no ROC parents and their parents abandon them are in limbo. No ROC nothing. Can’t be adopted as they have no paperwork even from their own countries. They do not exist on paper.

And no, the kids born in the ROC who have no ROC parents and their parents abandon them are in limbo.

Geez. Even PRC law states that stateless persons on Chinese soil whose parents are of unknown origin shall be Chinese nationals. Whether or not that is actually implemented though is anyone’s guess. We know that it’s not in the case of children of Chinese fathers and North Korean mothers.

At the very least Taiwan needs to give them legal names and issue them stateless persons travel documents ie. 無國籍護照 under the UNHRC convention on statelessness. This way at least they have some chance of getting an education and obtaining nationality later in life.

And no, the kids born in the ROC who have no ROC parents and their parents abandon them are in limbo.

At the very least Taiwan needs to give them legal names and issue them stateless persons travel documents ie. 無國籍護照 under the UNHRC convention on statelessness. This way at least they have some chance of getting an education and obtaining nationality later in life.

Ehem, ROC not in UN, so they simply can’t even if they wanted to, they do not have the means. They can’t petition say, Vietnam or Indonesia to help without causing a diplomatic incident. Talk about rock and hard place.

There must be an alien travel document that Taiwan have. Jeez, even Lithuania has them.

If I’m not mistaken, no version of “China” ever ratified that convention, so it’s officially irrelevant.

The ICCPR on the other hand is part of domestic law, but its enforcement has been problematic (apparently some judges don’t like it).

There must be an alien travel document that Taiwan have. Jeez, even Lithuania has them.

Please remember Taiwan does not exist as a country. It has no territory, passport or any form of ID recognized by anyone. This island is udner the carpet of teh ROC, which is only recognized by 21 countries, not by teh UN, and hence, whiel that tiny detail does not matter for our daily lives much, it is when we encounter issues like this when we realize how a tiny detail becomes a black hole, and personally, what a @#$%^&* CKS was when he left this whole issue unresolved out of stubburness and We Shall Conquer Back the Mainland someday.