Contributions of the ROC in WW2 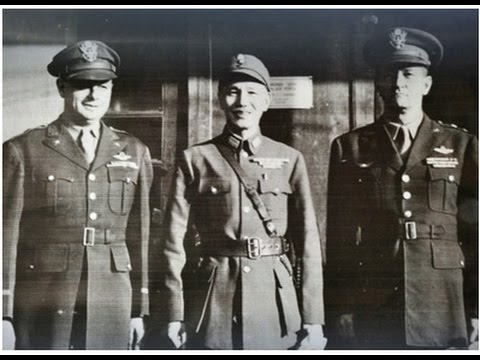 Not to denigrate the real contributions of the ROC (which are outlined clearly enough in the video), but there are a lot of wild conclusions drawn there. Propaganda

One of the more interested facts of WW2 in Asia is that even in 1944, when Japan was on the ropes everywhere, they still managed to conquer vast swathes of China with the Ichi-go offensive (to capture air bases amongst other objectives). That is, even in 1944 the ROC Nationalists were no match for the IJA.

probably because CKS was more interested in fighting Mao than fighting the Japanese and didnt want to waste resources on Japan.

Also propaganda, just from the CCP side

i actually read it in a very good book by Barbara Tuchman about Joseph Stilwell.
his opinion of CKS was far from flattering.

CKS was by no means a military genius, but to claim that around the start of the Sino-Japanese war that anyone in the CCP leadership was a competent military leader is also a stretch.

The reality is CKS knew there was no way his army could go up against the IJA in pitched battles. Only a couple of his elite troops were trained and equipped to the level of the average Japanese troops. However, he threw those in to the defense of Shanghai anyway because he knew the people and foreign nations need to see the determination to fight back Japanese aggression, and come to China’s aid.

After his elite German trained units were spent, you could hardly fault Chiang for losing ground to the Japanese, since his troops didn’t have air superiority, many didn’t even have rifles, and charged the Japanese with long swords. They were also frequently out maneuvered by the Japanese since they lacked mechanized transports.

Honestly, it wasn’t like British, French, Dutch and American defenders in Burma, Hong Kong, Singapore, Malaysia, Vietnam, Indonesia, and the Philippines, did any better.

CKS sent in a lot of his new elite forces into Burma. The British lost Yangon before the first expedition could fully assemble, and only one army group was able to reach Burma, and it was led by a pig headed commander Du Yu-ming, who despite initial success insisted on retreating back into China instead of retreating into India with the British. This decision went on to lose 60K men, mostly due to malaria in their retreat through deep jungles.

However, the second expedition led by Sun Li-ren, leading the only army group that retreated into India and equipped with new western weapons, was much more successful and killed around 70K Japanese troops and recovered most of Burma.

probably because CKS was more interested in fighting Mao than fighting the Japanese and didnt want to waste resources on Japan.

You could say that (and in fact this was for sure more true of Mao, who did not fight the Japanese much at all), but these losses significantly hit prestige and loyalty - “how could this government losing half of the country to Japan be the right one to rule?”

This was a major factor in the coming civil war.

Basically, the Japanese commanders having pressure and the need to “do something” caused the 1944 offensive which ofc had marginal effects on the outcome of the war for Japan (Pacific bomber airfields were by then closer to Japan than the ones in China). But, it had a major effect on the Chinese Civil War and thus the fate of Taiwan.

They were also looking to create a land bridge connecting Southeast Asia to Korea, since their naval transports were no long safe. They were successful, but ultimately the US brought the fight directly to Japan’s doorsteps with its naval and air superiority, so it all became pointless.