A post was merged into an existing topic: Covid, Vitamin D, and Taiwan

More details about the local cases: @cookiebandit
Of the local cases, 3 customers are from the restaurant cluster. 1 is a cousin living in the same household as prev reported case (restaurant worker) - this person is a student and 2 classmates tested positive (the rest of the classmates will be quarantined).
2 Likes
MalcolmReynolds January 15, 2022, 7:01am #1697 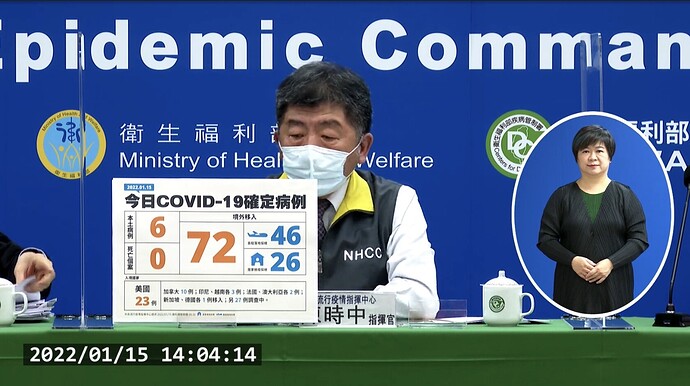 If Taiwan manages to control this, will it be the first country to contain an Omicron outbreak?

One hour later than normal and they finally post the details of todays new cases on the CDC Website. (Until last week the Presser start preceded the website update by less than a minute). 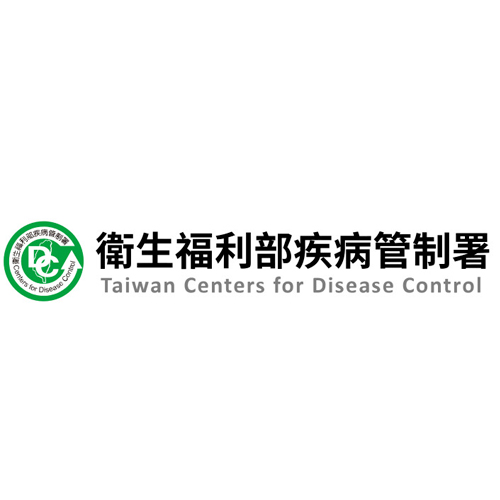 As much as I’d love for that to be the case, especially the nice middle finger that would send to the CCP, I find it very difficult to believe that’s possible.

Taiwan has been very successful so far, but “no unconnected cases” is almost certainly due to “you’re not getting tested unless you’re a contact of a known case or planning on leaving the country” and not due to no actual local cases.

CNY will be a moment of reckoning, as everyone gathers maskless indoors and drinks copious quantities of alcohol and only gets an hour of sleep per night.

For Coronavirus Testing, the Nose May Not Always Be Best

As Omicron spreads, some experts are calling for a switch to saliva-based tests, which may detect infections days earlier than nasal swabs do.

This could explain the high number of positive saliva PCR tests at the airport. People might actually be testing negative in the nasal swab before travel since it appears to be less sensitive in the early infection stage

so … two years after all this BS starts, they figure out that the brain probes were never actually necessary and were probably less useful than a noninvasive test as a means of tracking potential infection?

Omicron is different from previous variants. “Evidence suggests the omicron variant of the virus may appear in the throat before it shows up in the nose.” Similar to how omicron tends to not fuck with people’s lungs as much as Delta, etc.

@finley has returned to “The Hotel Taiwan”. … You can check out any time you like. But you can never leave ".

He was given an offer that he couldn’t refuse and had to return.

I just saw him Thursday, so unless he somehow teleported to Taiwan or has those fancy stealth jets that allow him to parachute into Taiwan undetected, I’m not sure…

it’s almost impossible for this omicron outbreak to be contained

That’s what everyone said about Alpha COVID in Taiwan.

And we were unprepared.

We are armed to the teeth right now.

CECC is doing a MUCH better job this time. No arguments here. They did a good job last time after they got a handle on it, but those first few weeks were rough as we were catching 3rd and 4th generation cases. Alpha had probably been spreading since mid April, but we only realized the magnitude of the spread in early to mid May.

I think people just aren’t being tested out of fear or the doctor. Plus how can we keep it at bay when we have basically a plane full of positive people coming in everyday. Even if we have “zero” it won’t last long.

They claim it is a loophole. Duh, like anything illegal. Is it to make the government look bad? Probably, as most say we should do like Hong Kong.

Does not help really that just this morning, two flights, one from LAX, one from NY, already had 14 cases.

In other news, tv news reporting more cases from the steak house, other customers, not weiya attendees. Taoyuan mayor had press conference.

I didn’t know they were pushing this. I’ve seen conjecture about that at this site - it’s something I also wonder about - but I haven’t noticed anything about it in the English press.

I find people seeking free room and board unlikely; but paying for a fake negative test to avoid travel hassle and extra payments over delayed and canceled bookings? Sure. But no idea how difficult that is in the USA.

paying for a fake negative test to avoid travel hassle and extra payments over delayed and canceled bookings? Sure. But no idea how difficult that is in the USA.

The only confirmation of my negative COVID test when I flew back to TW in Aug 2021 was me showing them a screenshot on my phone. Also, I did a spit test, which I understand now is not PCR. I genuinely didn’t know at the time that I had taken the wrong test, but no one bothered to do more than glance at the green “negative” on my phone screen. So I was let into Taiwan with what I later found out (from this forum) wasn’t even the right test. The ease with which I could have easily typed that text into a word document and taken a screenshot…yeah that would have been dishonest, but it would have been easier than driving to a COVID testing site. But knowing that, I doubt anyone is even buying fake negative tests if all they need to do is DIY their own. It’s probably why HK requires proof/documentation about the lab that the test came from

Once it is widespread in a community, it is pointless testing everyone who arrives. Make sure they have health/ travel insurance and let’s get back to normal.