On another workday in Taiwan, there were 1752 vaccine doses administered—first doses only, with the second doses on the distant horizon.

Let’s roughly estimate Taiwan’s population to be 23,000,000. If they keep up this daily pace, it’ll take almost 36 years to administer the first dose to everyone.

If they keep up this daily pace, it’ll take almost 36 years to administer the first dose to everyone.

On another workday in Taiwan, there were 1752 vaccine doses administered—first doses only, with the second doses on the distant horizon.

Let’s roughly estimate Taiwan’s population to be 23,000,000. If they keep up this daily pace, it’ll take almost 36 years to administer the first dose to everyone.

Maybe they are waiting for the vaccine that’ll cover COVID-25 to COVID-35.
Always invest long-term.

The first of the COVAX-distributed vaccines—199,200 more doses of AstraZeneca—are apparently scheduled to arrive tomorrow from Amsterdam: 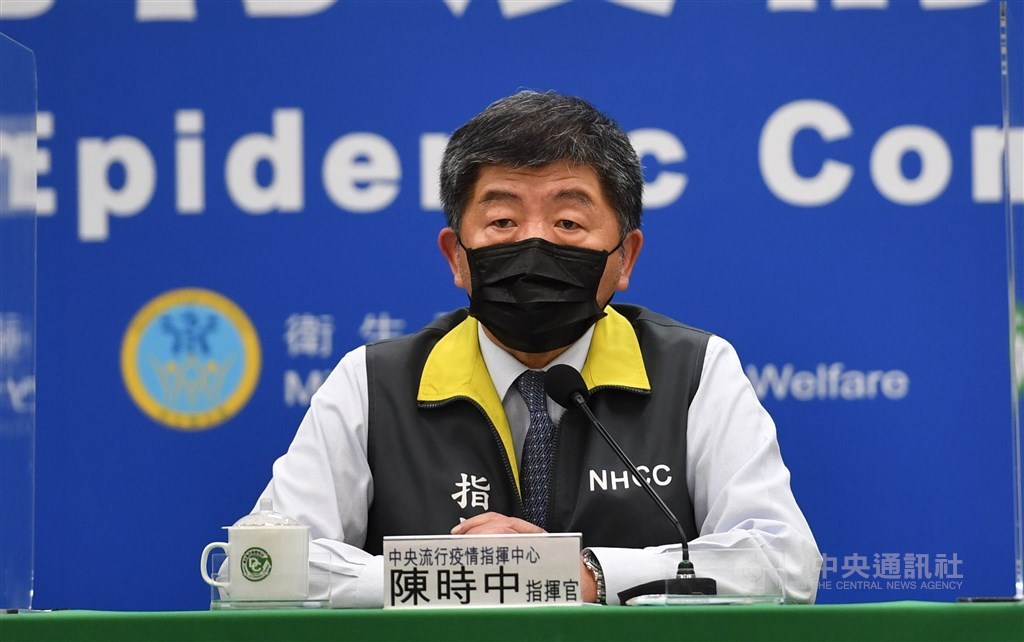 [afterspivak] The first of the COVAX-distributed vaccines—199,200 more doses of AstraZeneca—are apparently scheduled to arrive tomorrow from Amsterdam:

Lots of European countries only give AstraZeneca to older people because of the blood clotting issue with AstraZeneca which is largely a problem of younger people (<50 or 60) and particularly females. And in those countries in Europe where there is no age limit, this is justified with the risk of dying from covid being higher than the risk of dying from the potential blood clots. But in Taiwan there is virtually no covid risk. So this is really something the Taiwanese government needs to think about long and hard.

Have you seen the stats for the serious (i.e. something like 40% fatal) blood clotting?

Have you seen the stats for the serious (i.e. something like 40% fatal) blood clotting?

Nobody is talking about 40% dying from blood clotting. But as far as I know 40% of the population in Taiwan has also not died from covid or is at imminent risk of doing so. Your rhetorical question is therefore really rather misleading

And just for the record: I am for vaccination in principle. But nevertheless the specifics of the Taiwanese situation really lead to the question I posed concerning AstraZeneca

What I am asking you is if you are aware of the percentage of people who have received the AZ vaccine who have then been afflicted by these serious blood clots. It’s a genuine question for you.

What I am asking you is if you are aware of the percentage of people who have received the AZ vaccine who have then been afflicted by these serious blood clots. It’s a genuine question for you.

Apologies, I misunderstood your question.

From a recent newspaper article:

In Norway, health officials have reported at least six such cases among 120,000 recipients of the jab, four of whom died. In Germany, 31 cases have been reported after 2.7m vaccinations, including 29 women aged between 20 and 63, and two men aged 36 and 57. Nine of them have died.

From a CBC report from March 29:

Canada’s National Advisory Committee on Immunization (NACI) is recommending provinces pause the use of the AstraZeneca-Oxford COVID-19 vaccine on those under the age of 55 because of safety concerns — guidance most provinces said today that they would follow.

The change comes following reports out of Europe of very rare instances of blood clots in some immunized patients — notably among younger women.

But 300,000 of these shots have been administered in Canada already, with no reports of blood clots here, officials said. The blood clotting problem also has not been reported in people who have received mRNA vaccines like the Pfizer and Moderna products.

Speaking to reporters Monday, Dr. Shelley Deeks, the vice-chair of NACI, said that with “substantial uncertainty” around cases of vaccine-induced thrombocytopenia (VIPIT) in people with low platelets, the committee is recommending the suspension of shots in all people under 55 as a “precautionary measure.”

Based on early research out of Europe, VIPIT seems to be rare, occurring in anywhere from 1 in every 125,000 to 1 in 1 million people.

The European Union’s drug watchdog, the European Medicines Agency, has said it could not definitively rule out a link between the vaccine and rare types of blood clots associated with thrombocytopenia.

Specifically, it pointed to 18 cases of an extremely rare type of blood clot called cerebral venous sinus thrombosis (CVST), a condition that is much more common in women than men. Most of the cases occurred within 14 days of receiving the AstraZeneca shot, and the majority were in women under the age of 55.

Further info from the same article:

*Varied advice on the AstraZeneca vaccine * 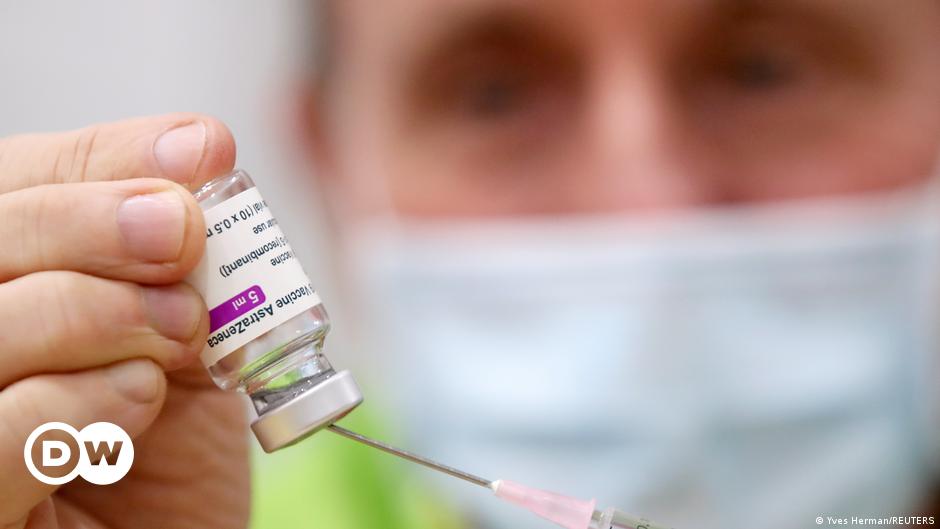 Scientists at Greifswald teaching hospital claim they have discovered the cause of blood clots among a small number of AstraZeneca vaccine recipients. Doctors say a targeted treatment can now be used.

This was published a few weeks ago. 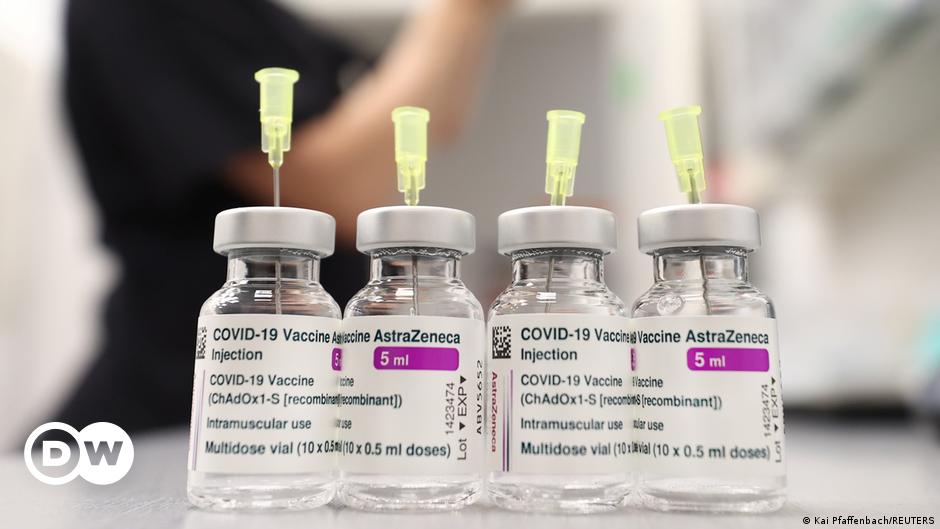 Germany restricts use of AstraZeneca vaccine to over 60s in most cases | DW |...

The AstraZeneca COVID-19 vaccine should only be routinely given to people over the age of 60, Germany's federal and state health ministers have decided.

What worries me is whether with those numbers and not complete data, the decision is based more on political issues than scientific. What worries me is whether with those numbers and not complete data, the decision is based more on political issues than scientific.

A “political decision” would be NOT to talk about these issues which appears to be kind of the UK approach. But in many of these European countries the laws are such that the governments would be legally liable if they did NOT mention this.

And since all these vaccines are new, we all have the unique opportunity to watch scientific progress in real time. That this is very confusing for large parts of the population is clear. But if the facts change, scientific recommendations change as well. And maybe it will be different again in a month and again different in two months. But that is the nature of the scientific process

The U.K. confirmed seven people had died from rare blood clots after receiving AstraZeneca Plc’s Covid-19 vaccine and Australia is also investigating a case of clotting, raising questions about the safety of the widely used coronavirus shot.

The U.K.’s Medicines and Healthcare Products Regulatory Agency said Saturday that of 30 cases of clotting and low blood platelets identified in people in the U.K. who had received the shot through March 24, seven had died. More than 18 million doses have been administered in the country and the regulator insists the shot is safe.

Australia said Saturday that it was cooperating with regulators in the U.K. and the European Union after identifying a case of blood clotting on April 2 in someone who had received the AstraZeneca shot.

The latest revelation will likely add to the growing concern over the AstraZeneca vaccine, which is the backbone of the U.K.’s successful inoculation campaign. Many countries around the world were relying on the AstraZeneca to drive their their immunization programs and now some are reconsidering despite growing levels of Covid cases.

The Netherlands Friday joined Germany in suspending the vaccine’s use in people under 60. Norway and Denmark extended suspensions on the use of the shot, which has also been the subject of a tussle over supplies between the EU, the U.K. and others.

South Africa Friday concluded the sale of 1 million of the shots to other countries after finding they had little impact on a variant first identified in the country last year.

The U.K. continues to forge ahead with its vaccine program, which has delivered a first shot to more than 60% of all adults. Prime Minister Boris Johnson has pledged to offer a first shot to all adults by the end of July, with the Astra vaccination critical to reaching that goal.

With the new reports of the clotting condition, the rate of incidents following the AstraZeneca shot in the U.K. is about 1 in 600,000. There were no reports of the same reactions to the vaccine from Pfizer Inc. and BioNTech SE, which is also being used in Britain.

Earlier this week, the EU drugs regulator said a link between the AstraZeneca vaccine and a rare type of blood clot is possible, identifying at least 62 cases of the condition. The European Medicines Agency said its safety committee will probably issue an updated recommendation next week.

So after the European Medical Agency, the EU regulator, now also said that it has established a link between rare blood clots in the brain and the AstraZeneca jab and even the always optimistic UK government is recommending young people to get another vaccine instead of its own patriotic Astra Zeneca jab, it is time for the Taiwanese CDC to think about this given the minimal risk of infection in Taiwan.

it is time for the Taiwanese CDC to think about this.

understatement of the century

They need a solid plan B yesterday

understatement of the century

They need a solid plan B yesterday

Well, I am trying to be polite since I said the same thing earlier on and was kind of beaten up😉

The chance of a blood clot when taking the contraceptive pill is 1 in 2000. 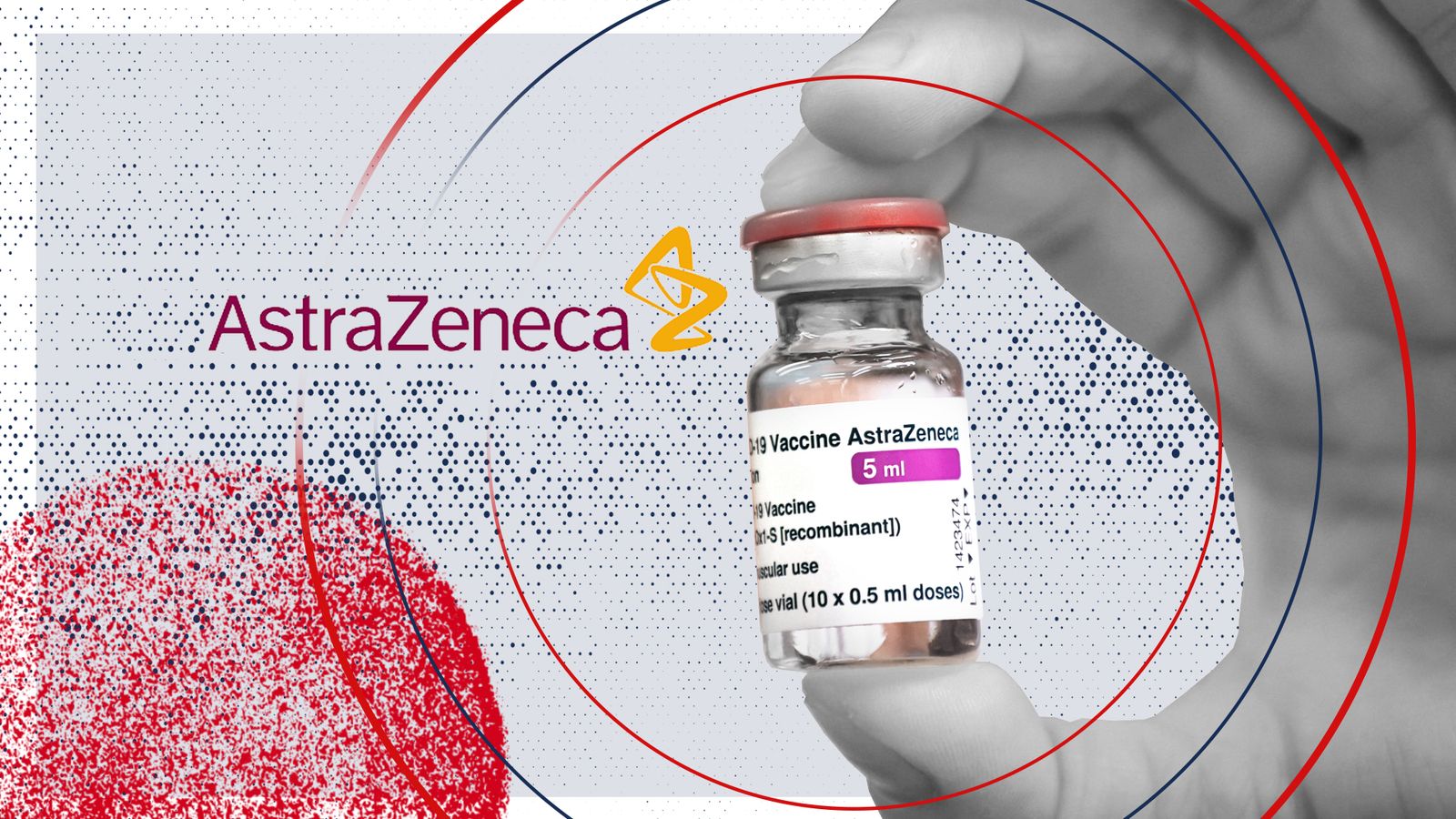 COVID-19: What's the AstraZeneca blood clot risk and how does it compare to...

Experts stress that COVID itself causes clotting, while the risk is also increased by using the contraceptive pill and flying.

But if it can be avoided, if we can do something better, we should. Never settle.