Recently, Tsiok-ing-tâi (足英台) channel is made famous by a tri-lingual video response to the wife of Korean Fish claiming that native languages should be taught at home and not at school.

The youtuber speaks Taigi, and learned to speak Hakka when he lived in Miaoli for 5 years. He apparently spent a little time in Australia, which probably explains his English accent. He is an NCTU graduate who chose to become a farmer instead of an engineer.

He started making pop rice cakes when he broke his leg scaling a hill and couldn’t tend to his farm. Now he combines his rice cake making skill with introducing children to agriculture and the Taigi language.

In a moving video, he swore off speaking Mandarin ever again.

In the video, he points out that Taigi is on the trend of dying out 50 years later, while just 50 years ago, more than 80% of Taiwanese people could only speak Taigi. He believes that the only reason Taigi is dying so rapidly is because of colonialism, and that Mandarin is the reason why Taigi is dying.

That was on his old channel, when he still tried to be a regular youtuber, so spoke plenty of Mandarin. Since that, he created the new Tsiok-ing-tâi channel dedicated to speaking Taigi and Hakka.

This is super cool. This kind of content is exactly what I want in a Taiwanese youtube channel!

I’m of a similar mind that it’s really sad how few young Taiwanese can actually speak Taiwanese (many can understand but not fluently speak). I like to say something like ‘Taiwanese survived in Taiwan for hundreds of years, survived the Japanese, survived Chiang Kai-Shek, and now is dying out because people think it’s an old-person language and they’d rather speak English’. A few of my coworkers have said they’re making efforts to speak more Taiwanese, and one of them now exclusively speaks Taiwanese to his nephew

This is a great resource for teaching Taigi to children. A-hua, an Taigi youtuber mentioned above also narrates for these videos. 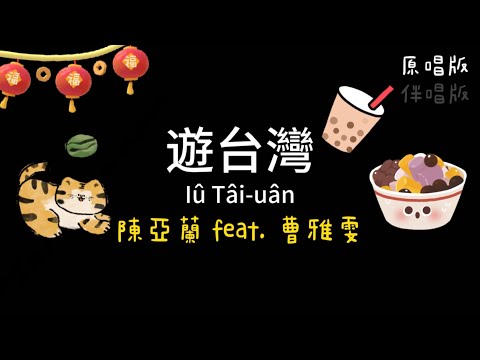