their whole game plan is to take Taiwan’s wealth and subjugate the people.

How can China take Taiwan’s wealth? Seize the computer chip mines? I’d say the question rather is is China willing to take the hit in destroying Taiwan’s wealth in order to achieve control.

They would lose much more wealth in the process. So that’s a “no”.

How about
Same methods will apply if Taiwan agrees to join Mainland China.
?

How can China take Taiwan’s wealth?

The Taiwan government makes a lot of money from patent royalties and ownership. Then there’s the wealth and antiquities that came to Taiwan prior to and during the KMT fleeing from the Mainland. On top of that there’s the CCP method of detaining those of wealth, convincing them that they have been disloyal to the CCP/China, signing over their wealth (to who knows but usually someone (or their families) within the ruling families.

This is how China takes over Taiwan, no military invasion necessary.

Sadly, I can’t even read my name in Chinese. Could you give us a quick summary?

Sadly, if China did invade, the rest of the world would just let it happen. Canada’s utter wimp of a PM doesn’t even want an award given to Tsai Ing-wen because it will upset Pooh.

Sadly, I can’t even read my name in Chinese. Could you give us a quick summary?

Sorry, a little busy at the moment, but the gist is that young Taiwanese are consuming PRC media, video games and other cultural products at an increasing rate and adopting Chinese language usage and thinking as a result.

I can help you learn how to read your name in Chinese if you like.

Here is how Chinese maritime militia is taking over disputed islands in the South China Sea:

Beijing has a navy it doesn't even admit exists, experts say. And it's...

They've been dubbed China's "Little Blue Men," an allegedly Beijing-controlled maritime militia that analysts say could be hundreds of boats and thousands of crew members strong.

People keep insisting the strategic ambiguity China vis-a-via Taiwan is to preserve peace and not rock the boat. iMHO, it is actually to save their face, since they know rocking the boat is gonna happen in any case and that they’re too incompetent to stop it. So why bother

I can help you learn how to read your name in Chinese if you like.

Thanks, but I think this one’s on me

Like, literally. It’s written on a photo ID card hanging around my neck…

Like, literally. It’s written on a photo ID card hanging around my neck…

Nobody told you how to pronounce it?

Nobody told you how to pronounce it?

Basically the same as my real name. Actually my spoken Mandarin isn’t bad despite not practicing much for many years (was recently told with derision that I have a mainland accent, ahem), so I can both remember and pronounce the two syllables required to say my name. I just can’t recognize the characters in a line.

was recently told with derision that I have a mainland accent, ahem

The kiss of death.

Better get to work on your Daiwan Gayi immediately!

told with derision that I have a mainland accent

You should ask with equal derision “ doesn’t your country ‘RoC’ officially consider the mainland as part of itself? So what’s the problem?”

More than 60 percent of the respondents to a survey said that “Mainland China” should no longer be designated as the nation’s territory if the Republic of China (ROC) Constitution is amended, the Taiwan Indicators Survey Research said on...

President Ma Ying-jeou (馬英九) has said mainland China is the territory of the Republic of China (ROC) in an interview with a Japanese magazine, the first time Ma has made the official claim since he took office in May. Ma said under the ROC...

You should change your name to Mr/s. Negative. Your ability to express pessimism is unrivaled.

You should change your name to Mr/s. Negative. Your ability to express pessimism is unrivaled. 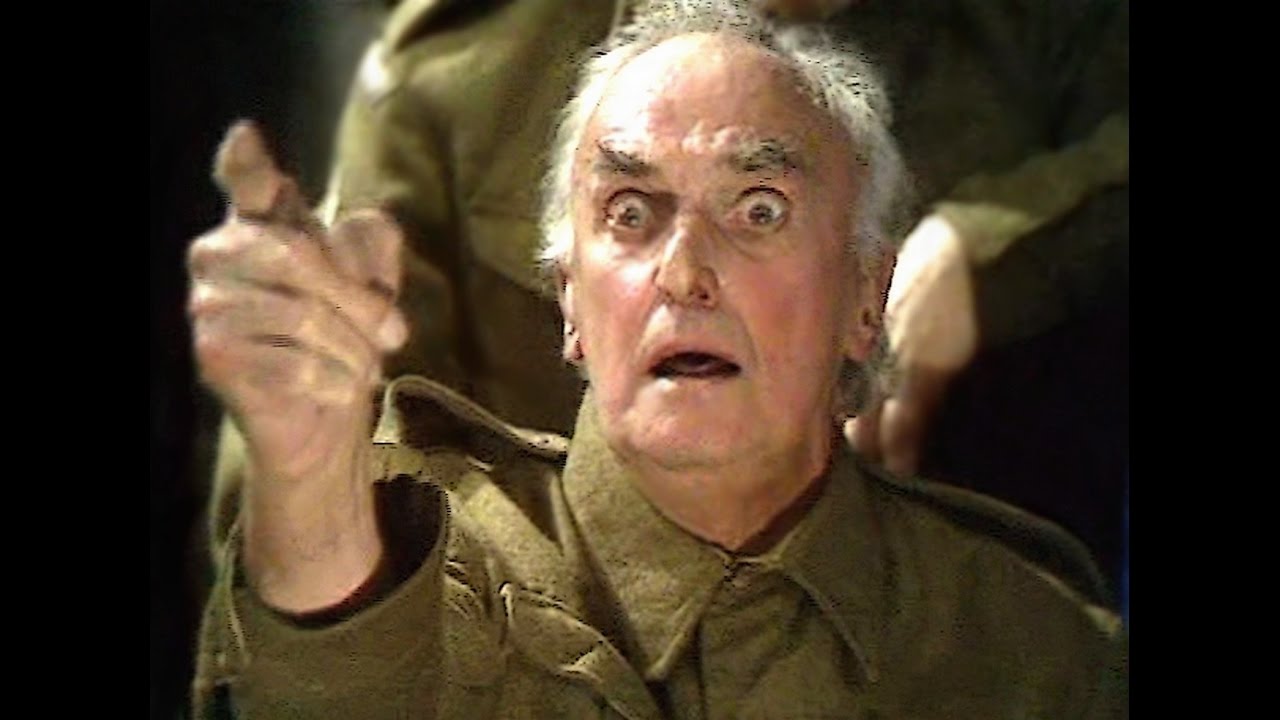 In 2019, Taiwan spent 1.7% of its gross domestic product on its military, according to data compiled by the Stockholm International Peace Research Institute. That’s just half the percentage the U.S. spent that year—not a lot for a government with bulging foreign exchange reserves that’s under threat of invasion.

China expert Richard Bush said on April 14 that Taiwan should raise defense spending and get more serious about training its soldiers to discourage China from attempting to take it by force. “Taiwan is not Canada,” Bush said. “It’s not Norway. It faces a serious adversary.”

From 1997 to 2002, Bush was chairman of the American Institute in Taiwan, which functions like an embassy in the absence of formal diplomatic relations with Taiwan. Since then he’s been at the Brookings Institution, currently as a nonresident senior fellow.

Bush participated in a Brookings videoconference to publicize his new book, Difficult Choices: Taiwan’s Quest for Security and the Good Life .

Taiwan, officially the Republic of China, is an island state 100 miles off the coast of the People’s Republic of China. In 1949, Chinese Nationalist forces evacuated to the island after being defeated by the Chinese Communist Party in a civil war. The U.S. doesn’t officially recognize Taiwan, but on April 9 the State Department issued new guidelines liberalizing contact with Taiwanese officials to reflect a “deepening unofficial relationship.”

Bush said China’s strategy to absorb Taiwan is “coercion without violence,” consisting of “a variety of steps to intimidate, marginalize, interfere, undermine confidence of people in their government, in their democracy, in their ability to hold out.” It hasn’t worked: In January 2020, President Tsai Ing-wen, who’s vowed to defend Taiwan’s sovereignty, won reelection in a landslide over a China-friendly opponent, Han Kuo-yu.

Rather than trying to woo the Taiwanese, Chinese President Xi Jinping has stepped up threats against them. This month Chinese fighter jets have repeatedly entered Taiwan’s air defense identification zone. A Chinese Defense Ministry spokesman warned in January that “Taiwan independence means war.”

Bush said strong deterrence is the best way to prevent a war. He said, “If there were a war and if the U.S. decided to intervene, we could not do it on Day 2 of the conflict. And so Taiwan is going to have to hold on.” That, he said, requires a stronger military. “If they want security perhaps they’re going to have to pay for it,” he said.

Other Americans have delivered similar messages recently. Ashton Carter, who was President Barack Obama’s defense secretary and is now director of the Belfer Center for Science & International Affairs at Harvard Kennedy School, said in a videoconference hosted by the U.S. Chamber of Commerce on April 7 that the U.S. should consistently counter Xi’s pressure on Taiwan. “His hubris accumulates like a snowball rolling downhill if you don’t push back,” Carter said.

It seems [pilots] almost never survive after landing in the water.

The body of the second missing pilot from the F-5E mid-air collision in March has finally been found.

I hope this provides some closure for the grieving family. RIP. 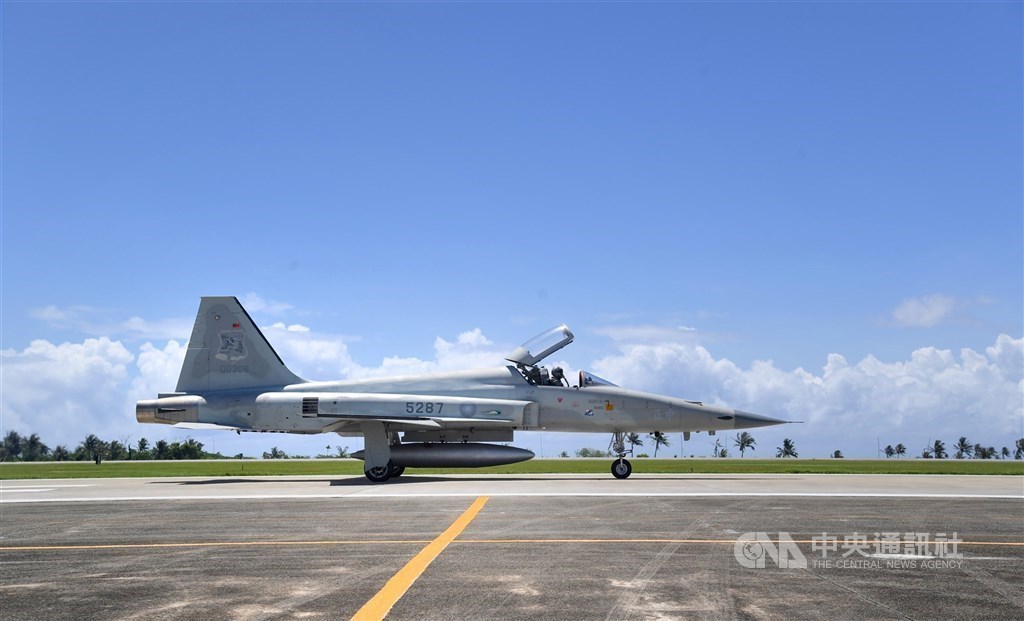 Taipei, April 18 (CNA) The body of a fighter pilot, who is thought to have ejected from his aircraft but had disappeared following a deadly F-5E crash off Pingtung County March 22, was found Sunday morning by rescue crew near a fishing port in the...