My PRC ex, upon landing in Taiwan for the first time once told me that coming to Taiwan was like stepping backwards in time.

Don’t the French say that when going to Quebec (the city, moreso)?
Especially the language that has stayed the same for a couple centuries, no?

That’s what my Canuck friend from Ontario says who speaks a bit francais.
Same might go for the French spoken in Louisiana. Accents and colloquialisms stopped in time.

I’m far away from Quebec so I don’t know what a French person would think.

Especially the language that has stayed the same for a couple centuries, no?

Quebec French is different in pronunciation and vocabulary to the French of Europe and that of France's Second Empire colonies in Africa and Asia. Similar divergences took place in the Portuguese, Spanish and English language of the Americas with respect to European dialects, but in the case of French the separation was increased by the reduction of cultural contacts with France after the 1763 Treaty of Paris in which France ceded Canada to Great Britain. Although pronunciations like moé and to...

Some aspects of general American accent might have changed, but at least the original British accent would have been rhotic. They didn’t begin to lose that r until after the industrial revolution.

Can anyone share what’s so unique about Taiwanese culture? From what I’ve seen, they celebrate all the major Chinese holidays. Most if not all their dishes can also be found in the Fujian province. Traditional Chinese? That’s used in Guangdong, Hong Kong and many places in Southeast Asia.

the biggest cultural differences are freedom and aboriginals here are no possible way confused with Han chinese.

Actually it’s kinda related. Many people on Twitter are saying that the unique Taiwanese culture must be protected from the CCP and yet none of them can say what exactly is unique about said culture. Heck most don’t even know what holidays the Taiwanese celebrate.

Yet, MY coworkers and students (inb4 someone claims my experience is fake

Kind of makes you wonder how they would act without the Chinese government? The same as Taiwan? Completely different from current China and Taiwan? Guess we will never know. 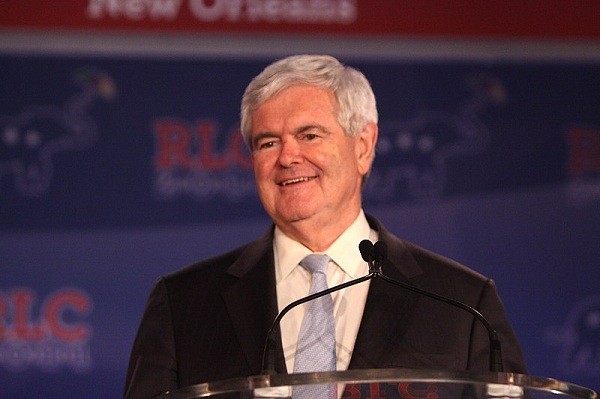 If China shot down Pelosi’s airplane, US would retaliate massively: Newt...

People tend to forget that the US, despite the weakness of the Pentagon, despite all of the truly woke and stupid behavior, still has a powerful military.”

Speaking about avoiding confrontations, I am pretty sure no one beats the Japanese.

Fujian is primarily Southern Min too. My business partner’s family in South East Asia came from that province. They still have family over there and they all speak Hokkian.

Fujian is primarily Southern Min too. My business partner’s family in South East Asia came from that province. They still have family over there and they all speak Hokkian.

Speaking about avoiding confrontations, I am pretty sure no one beats the Japanese.

If you are doing it wrong, though, they will let you know.

In some ways they are more candid and direct that Taiwanese.

True. They can be direct when pissed but still polite. It sometimes shows as sarcastic.

Probably the biggest difference is if you left your bag or phone at a cafe in Beijing it’s doubtful you’d get it back. Whereas in Taiwan someone will chase you up the street to give it back.

Besides that the biggest and easiest thing to spot is rudeness. Almost every single person, and I admit they’ve almost always been men, from China have been extremely rude and arrogant. Meanwhile those from Taiwan are genuinely curious. It’s very confronting being called a Western dog to your face by someone from China while they are visiting or moving to your own country. Makes you wonder how they got a visa in the first place.

aboriginals here are no possible way confused with Han chinese.

Huh? You can’t tell an aboriginal from a Han at least half the time.