Taipei, March 22 (CNA) The Evergreen Group has purchased the opposition Kuomintang’s (KMT) head office building in a prime spot of Taipei for NT$2.3 billion (US$70.7 million) and will use it for charity purposes, the group’s Chairman Chang Jung-fa said Wednesday.

Chang said he will move the non-profit foundation in his name to the building and expand operations to include giving awards to internationally known figures who have made outstanding contributions in charity, cultural or educational fields.

The KMT had asked for NT$3 billion, but the price was cut down to NT$2.3 billion after the KMT accepted his invitation to “serve the public” together, Chang told reporters. The deal will be signed when KMT Chairman Ma Ying-jeou returns from his visit to the United States later this month, he noted.

Chang said his envisioned “International Charity Awards” will be presented at the building located across the Presidential Office in downtown Taipei.

Part of the building will be set aside for a maritime museum which is still in the planning stages, while the basement will house the Evergreen Symphony Orchestra, according to Chang.

The building is part of what the “pan-green camp” calls the KMT’s ill-gotten assets that the ruling Democratic Progressive Party and Taiwan Solidarity Union have been urging the KMT to return to the government.

This is the first time i saw this news. I also heard the place will need to get fumigated from all the rats and vermin that infested it. (!!) 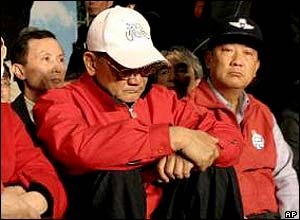 [quote=“BBC News”]A disconsolate Lien Chan could do little but wait with running mate James Soong for his party lawyers to file their legal motions.
[/quote] 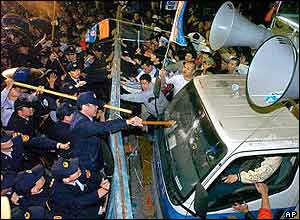 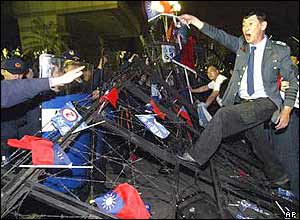