How does one find a university teaching position in Taiwan?

casually talk to people, and especially to strangers

I had a major discontinuity on that front when I moved to east Asia, lol

The exception to the rule for me is a 7-11 clerk who pops up in the 7-11 downstairs no matter where we live. Have had extended conversations with him over several years lol

I had a major discontinuity on that front when I moved to east Asia, lol

Well, plus as well as the longer-standing smartphone issues, we’ve all had the additional significant discontinuity of COVID. At least for most of us here on this site it’s temporarily (?) leaving social skills unused. I fear that for my university students, it’s leaving those skills undeveloped.

Other professors at my uni have commented on the “quality” of the enrolled students plunging in the last 5 years or so, but I wasn’t sure if that was specific to us or if that’s happening at many unis (enrollment dipping due to birth-rate effect, so in order to stay in business entrance tests are made easier?).

This happens at universities in other countries, and has happened since I started teaching at universities almost 20 years ago. In my day, we had to walk to classes in the snow up hill.

It’s good we have a place to jaw. Also, the guy I jumpstarted the thread for might be interested to know that if he gets into a lower tier university he’ll be getting students that 10 years ago wouldn’t have made it in to universities that are shuttered now due to lack of students. Food for thought!

I do have a (not very rigorous) multiple-choice test I’ve been using with my first-years for well over a decade - a diagnostic test from some EFL textbook series. The scores were mostly steady for a while, with a very gradual decline that turned into a plunge a few years ago. I missed it this year because we were on distance learning. I’m not sure if I’ll resume next year - it could be too depressing.

EDIT: What I do find interesting is that while I keep having to make my first-year course easier and easier, I’ve hardly had to change my third-year courses at all. I’m not sure if that’s students rising to the occasion as they spend more time at school, or a degree of self-selection in that the lower-level students learn to avoid me.

I’m also always curious about the star students in a class. There are always a few really good students. But, um, if they were star students in high school, I’m not entirely sure how they wound up at my school in this time of demographic decline. (Scholarships are sometimes part of that.) Is this just what happens in a class? People naturally sort themselves, and a student who was middling and anonymous in high school now takes the role of top student?

Haven’t seen anything from you for a year! Is the job market that dire? Hope you are well

I think he’s just given up, or gotten busy with other stuff.

I think he’s just given up, or gotten busy with other stuff.

Probably you are correct, but what a great public service to find and post all those jobs for us. Even not currently needing one now (though I’m told unofficially that if I don’t finally deposit my dissertation this year I won’t be renewed), it was still nice to have the information about what the job market was like here

It sounds like it’s nearly time to deposit the diss!

Key point to remember: that document is not your life work.

All the instructors who didn’t yet have MOE lecturers certificates at my university had to apply for them quickly. There were 4 instructors who had to do this, including me. My colleague (who also had to apply) thinks it’s in reaction to the dissertation plagiarism scandals over the summer. Well… it’s a good thing to have anyway, I suppose.

On a related note, my students are suddenly taking “plagiarism” a lot more seriously. When I used to warn them about it at the beginning of the semester I would get blank stares. Now I see more than a few heads nodding solemnly as I explain the evils of copying others’ work.

Perhaps they can see their imagined future political careers going up in smoke as you speak.

Seriously though I’m glad to hear you’ve gotten their attention, at least for now. 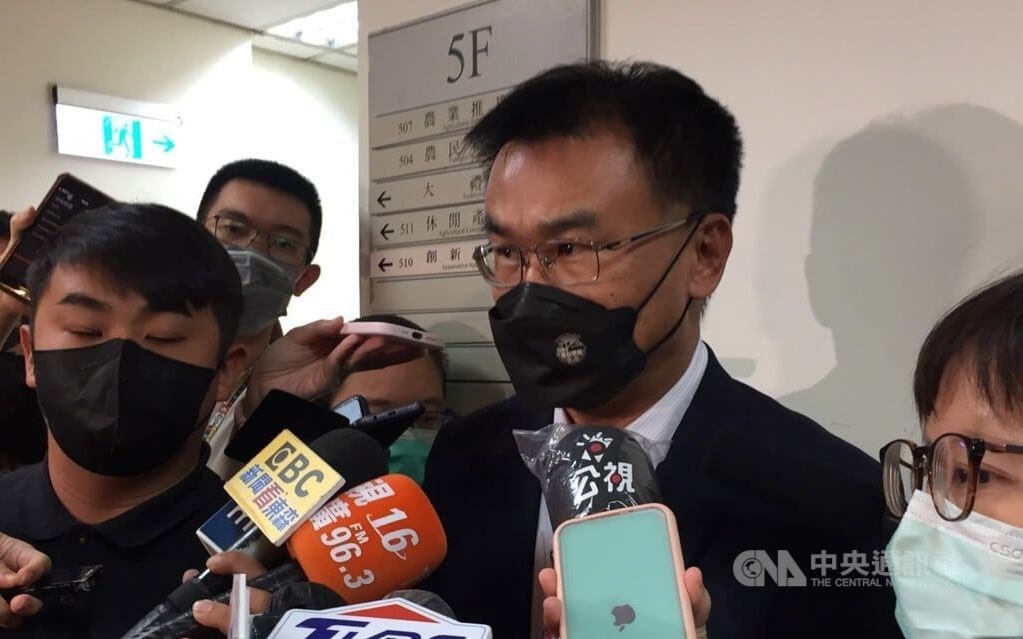 Taipei, Sept. 24 (CNA) Council of Agriculture (COA) Minister Chen Chi-chung (陳吉仲) on Saturday rebutted an accusation that he had plagiarized other sources in a paper about a research project he undertook at the behest of the COA in 2012.

I’m glad there’s finally a reckoning about this, but it is hypocritical since there’s so many professionals out there who have built their careers on plagiarism (including the kind of journalists who write up stories like this) and will never be held to account.

Why plagiarize the stupid old fashioned way that gets you easily caught? Pretty sure some students are now using some sort of AI software to write for them. I get nearly perfectly written essays from students that didn’t even come close to following the directions. Still get to take massive points off for that… quite satisfying.

You can get them to do some in-class writing, on the spot, concerning materials discussed in class.

You’ll find out pretty quickly who can put sentences together, or not.

Pretty sure some students are now using some sort of AI software to write for them. I get nearly perfectly written essays from students that didn’t even come close to following the directions. Still get to take massive points off for that… quite satisfying.

A part of me almost thinks that’s clever though. Because you still need to input the information you want to include in your paper. So you do have to do some of the work. Unless you’re copying and pasting and then the AI is undoing that and rewording it. Then its just stupid. Why go to school and spend the time and money if all you’re going to do is copy and paste? Especially in TW where a degree isn’t going to get you that far anyway…

Sorry I beg to differ. I actually do want to see if students can put sentences together, as this is part of the process of narrowing down possibilities and thinking through problems. Just asking Alexa to respond is quite a different matter.

I mean, I wouldn’t accept it as a college professor, im more saying “if I had to choose…”

Pretty sure some students are now using some sort of AI software to write for them. I get nearly perfectly written essays from students that didn’t even come close to following the directions. Still get to take massive points off for that… quite satisfying.

I started seeing that last year too, and I’m trying to figure out how to handle it. (And also understand how they’re doing it.) In some of my classes I’m switching more to doing work in-class, so they don’t have the opportunity to plagiarize or whatever the heck they’re doing, but in others the supposed goal of the course is writing research essays - so I can’t move those to in-class assignments.

At least they also have enough in-class assignments that I can figure out when skills have dramatically “improved.”

And also understand how they’re doing it

Ghost writers got probably much cheaper since they can utilize AI models in the like of GPT-3 to do most of the writing. They simply have to check for logical sense of the created text.

The progress in AI is slow at first, but there will be sudden tremendous jumps. And soon the computer does a much better job at writing assignments than humans.

And one can even download some models and run it locally on the laptop. No internet required.

essays come up 100% clean for plagiarism

Very likely AI generated text. Same prompt and slightly different seed and you get text that is unique.

We’ve trained and are open-sourcing a neural net called Whisper that approaches human level robustness and accuracy on English speech recognition.
Moreover, it enables transcription in multiple languages, as well as translation from those languages into English.

So a source might be from an audio recording in a different language.

The philosophical and pedagogical implications of these developments is the topic of an op-ed published in today’s Taipei Times:

“Should humanities professors be automated?”

The fact this question is even being asked is depressing.