Is the Gold Card experiment a flop? 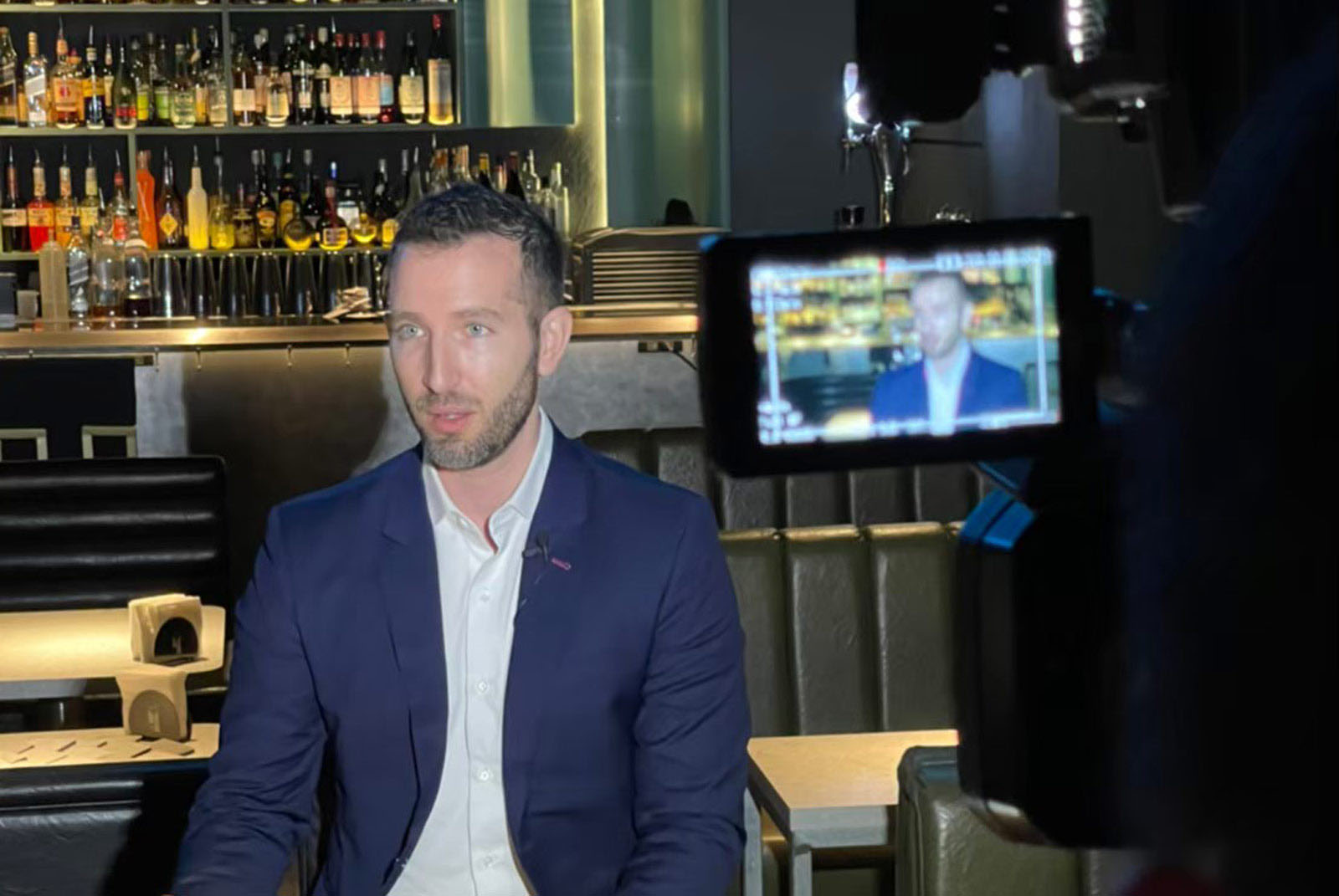 Jon Gropper, a serial entrepreneur and Taiwan Employment Gold Card holder, responded to a recent CommonWealth Magazine article in an op-ed. He pointed out that Taiwan could use a revamp in mindset if it wants to attract and retain high value talents.

Pretty damning article written by a Gold Card Visa holder. The piece has a lighthearted format but the criticisms are all too familiar. Here is a summary:

These are all stories I’ve heard from multiple sources, not just this one op ed author. It is classic Taiwan government style in my opinion. Put a lot of money and energy into a program that gets high level expat talent into the market and then completely drop the ball once they arrive. I spoke to a group of 30 Gold Card holders last year and it was clear they had no idea what to do after arriving, completely directionless. It is a real shame.

I personally can relate to a lot of this. Taiwan really isn’t a good destination for people above the age of 29 who don’t already have some connection to it. Which is very sad.

6 posts were split to a new topic: From gold card

and then completely drop the ball once they arrive

I don’t know about this, the government can’t force companies to hire difficult expats who might not have the Asian experience or intercultural skills needed to be successful. At least some of the onus has to be on the individuals who come and can’t adapt to the environment

Experienced executives advice was not listened to.

Not that saying things like this don’t happen and aren’t a problem, just not sure what the government can do

Overall if the goal was to bring a bunch of well educated and highly experienced people here, the program has been successful. The reasons why people might not stay are outside of the gold card

With “good new article”, are you referring to the CommonWealth Magazine one or the LinkedIn post? The former has attracted quite a bit of negative attention (already being discussed in the main gold card thread), and personally I found it pretty cringeworthy (albeit with a couple of valid points mixed in there). It’s been edited since publication to remove a couple of racist-sounding bits.

What do other gold card holders think of the program overall, by the way? A journalist friend has asked for my thoughts on it.

For me and my personal set of circumstances, I think it’s been pretty good…but I was essentially only looking for an ARC and an open work permit. Many of the people complaining about it seem to expect or require a lot of handholding and red-carpet treatment, like being helped to find a job when they arrive and everything being in English and like they’re used to.

I haven’t had much contact with the gold card community or attended any of the events, and I left the Line groups ages ago because I found them annoying (group chats in general, and the newbie questions being asked by many of the members - if people can’t find, say, mayonnaise in Taiwan, they seem unqualified to live in another country, and I found myself wondering whether they were really that highly skilled…). I got the impression many of them hadn’t ventured outside the US before, let alone lived in another country.

It always seemed rather odd to form an “exclusive” community around having the same visa type too - I’d much rather use something like Forumosa with a wider range of people and experience.

Welcome to Asia, people will tell you stuff you want to hear, but don’t really mean it

why do you care? Nobody in the government will care. They had a kpi. Rich people came here and spent money

banking is not great here, but complaining as a foreigner about using chops is cringe. Americans pay in check ffs

I pretty much agree with you, but, urgh, can you fix your bold formatting?

I’m on my phone. Also I have a gold card so somebody should do it for me

Most of the gc people I met are fine and cool. They are too busy working and enjoying their lives to write these type of articles

I’ve changed the title of the thread to make it not just about this specific article. Hope that’s okay with everyone?

I was actually thinking to start a similar thread earlier today ahead of talking to my friend, but didn’t get around to it. Didn’t seem totally appropriate for the neverending main GC thread.

Most of the gc people I met are fine and cool. They are too busy working and enjoying their lives to write these type of articles

Yeah, I’m sure they are (like many people). It just seemed strange to have exclusive social events because of having the same visa type, like we’re all gonna sit around and show off our gold cards.

It also wasn’t helped by people using the term “goldie”. That made me retch a bit each time I read it.

I think the GC is a decent program and roughly been a success. There are things to improve, but it’s a good start.

I have low expectations for Taiwanese governance.

Yeah I never went to any of those things.

I think the GC is a decent program and roughly been a success. There are things to improve, but it’s a good start

Yeah, i read the article. As much as i hate overuse of the word “cringe” it turned out to be pretty apt. The style of it was awful

And complaints about the cost of housing or difficulty in getting into schools of choice? The locals have these problems, too. These would have been easy issues to identify before relocating a family to another country. If they didn’t have the responsibility or foresight to look into the country before they moved, kinda difficult to sympathize that they aren’t as elite as they thought they were

I have low expectations for Taiwanese governance

If they were capable of snapping their fingers to solve the housing and education issues… they would have. But just wait, with the demographic crash coming there will be plenty of space in about 20 years!

What I don’t get and can’t comprehend is all the people in the LinkedIn thread upset because the government refused their offer of free consulting.

What’s wrong with these people? What kind of government just takes consultation from foreign randos.

Like who do these people think they are? Try phoning up someone in DC and ask them if you can consult on technology across different departments, because you used to work at Airbnb!!

Well, weren’t they identified as top talent by the program? Shouldn’t the government want to work with stakeholders to improve the program?

I think the GC is a decent program and roughly been a success. There are things to improve, but it’s a good start.

I think it’s pretty competitive too compared with what’s currently being offered by other countries, at least for my particular set of circumstances.

I was quite surprised yesterday to learn that there are now almost 50 countries offering or about to offer some form of digital nomad/remote working visa. Last time I checked several years ago, it probably wasn’t more than a handful.

A couple of hundred USD for three years with an open work permit, (delayed) access to NHI, a path toward permanent residency for anyone who wants it, and little hassle in the meantime doesn’t seem too bad to me.

That said, many of the things people have been complaining about don’t really affect me - I already had existing work and clients when I got the gold card, I don’t much care about permanent residence here, I’m not looking to buy a house or work for a local employer or even make local professional connections, I don’t have kids I want to get into a school, I haven’t tried to get a local credit card…

They were not even talking about the program, just the government in general.

You are right they should be working with stakeholders, but they have no obligation to bring them in as consultants. I was quite surprised yesterday to learn that there are now almost 50 countries offering or about to offer some form of digital nomad/remote working visa. Last time I checked several years ago, it probably wasn’t more than a handful.

Yeah it’s pretty cool. I’ve been looking at that. Guess idea is talented people will go to a place and out of the batch , a few might think of starting something there

I still think the government accepting help from foreign randos would still be better than the half assed solution that was put together. Even a lot of government English documents look like they were put together by the bosses son who took a course once with zero proofreading.

Holding a focus group with stakeholders would be better than nothing