Is this the most ideal time for Hong Kong to go for independence?

What do you think? It seems much different than before. Not in the least because internationally CCP isnt so liked even publicly.

Not sure about the future but it seems of all the times past this might be close to the best time Taiwan, I mean Hong Kong, could put this on the table with hopefully less liklihood of the CCPs terrosit style reprcussions.

If these oppressed places stand a chance, eventually the peoplw will need to make a stand. HK has certainly been doing thatnd its good to have friends doing it together.

sure, why the hell not.
I say fuq up the 70th anniversary, especially if that guy who just got shot dies.
make him a martyr.
create a form of “tea dumping”, like all HKers dump some ChiComm product into HK harbor.
What product should that be?

I would posit that now is a great time for the CCP to stir shit. The world hates them anyway, what’s another issue going to matter. Nobody is going to risk going to war with them, you know, the nukes and all.

This topic has to be a joke. China just doubled the number of soldiers in HK and has countless more ready to stream in. HK has no weapons. The guy shot deserved it. He attacked officers with a bar. Come on.

The guy shot deserved it.

This post must be a joke.
No one deserves to be shot.

Lots of people deserved to be shot.

Maybe China thinks you deserve to be shot.

Lots of people deserved to be have a shot. That’s quite an inhumane point of view. Why so much hate?

No hate. Just simple truths. You don’t feel that certain people like child molesters or people who attack you for no reason deserve to be shot? Most people do. 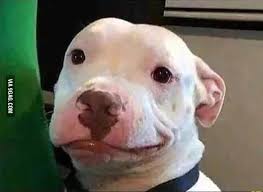 Well, last time I pointed out the obvious my message was removed then the discussion went on for hundreds of messages, so I’ll sit back and enjoy the ride.

No . They deserve to be in jail. They may also deserve a beating but that’s separate from the justice system.

When the PRC was founded they would shoot the landlords and collaborators and KMT enemies.

Also during the cultural revolution mobs would beat and kill people.

And of course you can get shot or executed there for falling on the wrong side of a power struggle .

And they killed thousands of Falun gong and stole their organs.

So be careful for what you wish for.

I have no sides in this struggle. I’m just observing the facts.

lets be netural and observe closely.

The PLA would roll out the streets with tanks and armor. So no…i don’t think they have any options but to pray and hope their CCP masters show mercy. Which is why I will never support reunification with the PRC.

The police would need to switch sides for there to be any chance of success. And probably need to blow up any roads to the mainland ts the PLA can’t get in quickly and put a stop to it. But most importantly, need an american carrier or two docked in the harbor even if just for intimidation. All in all I don’t see it happening this year.

k man is pissed up while working! that explains the articles.

This topic has to be a joke. China just doubled the number of soldiers in HK and has countless more ready to stream in. HK has no weapons. The guy shot deserved it. He attacked officers with a bar. Come on.

“After a lifetime of patriotic education and state media incitement, their minds short-circuit on contentious issues.”