I mean, all in one thread, instead of snide asides all over the place. Lots in the news lately.

Also lots of how much his enemies paid, and their tax liens, and the pot and the kettle and the silver spoon. It’s double standards all the way down.

Also, we could have a nice cozy flamewar about the AMT. That would be fun for all.

In the end – as Maddow acknowledged repeatedly – the more significant story was actually that this return was leaked to a reporter, not the return itself.

Waiting for the crowd of:“SHOW HIS TAX RETURNS” to show up and clearly state they were wrong.

“SCOOP, WE HAVE TRUMP’S TAX REPORTS, AND…he paid them. Following the law. Laws that he didn’t even design”.

But wait…maybe the reports were leaked by a Russian spy who modified them?

Not clear that it was all that previously unreleased. And it’s way old.

If ever anything real comes out in the future, these bozos won’t be in a position to capitalize. No one will listen to them.

Who are the watchdogs of democracy, now these neurotic yappers have been tuned out?

Don’t worry, there’s still plenty of things to talk about.

Add Russia here and there.

It’s totally unfair. They should just ask for his birth certificate and leave it at that.

The story they’re selling on CNN today is that the tax return was intentionally leaked by the Trump camp to show that he has, in fact, been paying taxes. Must be one of those right-wing conspiracy theories.

I think it’s not a crazy theory, though. It clearly shows:“CLIENT COPY”, so it was Trump’s own copy. If someone in his team leaked it, it could not have been planned as a way to hurt him because that file clears him of any accusation.

Seems a little too simple to me. Anyway, it’s just a theory until something substantial comes out.

That actually makes sense. But how would he know they’d be stupid enough to fall for it?

Here we go again!
Another one of your nonsense threads here.
I already started a thread where are trump’s tax returns

First we must see them, and after that, we can talk about it.

Let’s talk about Trump’s Russia connection instead.
How about that?

First we must see them

Your friend Richard Madcow showed them live, weren’t you watching? Or were you not interested because they proved the whole tax issue was blatantly false?

Your friend Richard Madcow showed them live, weren’t you watching? Or were you not interested because they proved the whole tax issue was blatantly false?

Taxes from 11 years ago?

Hey I was a virgin that long ago and you probably still wearing diapers.
Come on, you can’t be serious!

2005 was the most incriminated year because he allegedly used the previous losses to avoid taxes. Turns out he didn’t, nad paid just what he was supposed to. More than Obama, more than Sanders, more than MSNBC itself.

If you’ll follow the:'MAH TAX RETURNS" nonsense until you see everything for each year since he was born, then good luck. Stick to the Russian one, it sounds slightly less retarded. Not by a lot, though.

If you’ll follow the:'MAH TAX RETURNS" nonsense until you see everything for each year since he was born, then good luck. Stick to the Russian one, it sounds slightly less retarded. Not by a lot, though.

You sound retarded, may I point out to you!
I saw two pages in that Rachel clip. That’s not a full tax return.
The interesting part would be the returns up to his election and not 11 years ago.

Before calling people retarded, take a close look into the mirror.

Yeah, but that thread was silly. I gave you a chance to live it down, but…

Donald Trump compared to the Sun. Next level above Lightworker is the source of all light and life on Earth: 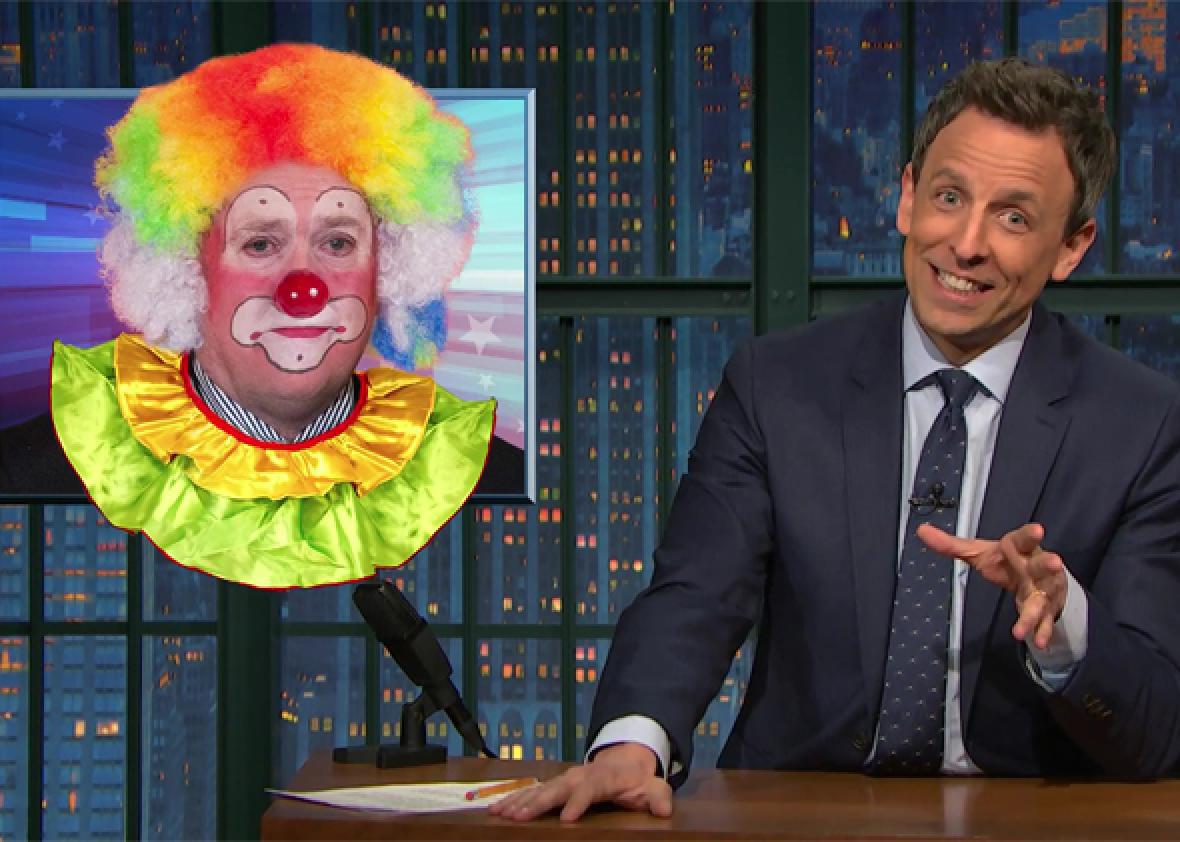 When a network late-night show titles an entire segment “Trump’s Lies on Wiretapping, Health Care: A Closer Look,” your administration is losing...

Let’s hope he manages finances better than Louis XIV did.

But still one rung below your Jesus-man, right?

I’m wondering if Koskinen still has his job because he’s got some dirt on the boss.