Looking for the OC/Oregon Connection

I just moved back Taiwan from Oregon, US. I spent more than 6 years in Oregon so I am wondering if there are some Oregonians out there who want to connect or chat about Oregon. Ok, I am a beaver Duck. I was in OSU for two terms, and UO for more than five years. Drop me a line if you are interested in connecting. mafiache@yahoo.com

I’m still here in Portland, but will be heading back to Taiwan in about a month.

Whoa–we were both attending U of O at the same time. Remember that bum who used to call out “mustache rides for a nickel” to coeds that walked by?

oops sorry bout the double post. . . although it’s hard to explain the time lag. that’s what happens when the boss comes round and looks over your shoulder I guess.

Yes, Oregon is a beautiful state and U of O is a great school – lots of green grass and red brick buildings covered with ivy, some great athletic events including of course the great track events with many world-class athletes. I loved bicycling in the hills around Eugene and it’s close to the mountains and ocean. Then there’s that crazy fair in the summer, where people get naked and paint their bodies. Ah fond memories.

From what I can tell, Taipei has a surprising number of Oregonians. They seem to be represented here far out of proportion to what you would expect, given the population of the state.

And MT, this person’s handle is “Che”. Seems to me that you really must meet this person.

Are we playing the class game? Unfortunately, I am not psyched about that like the Law school folk. I was in UO from 1998-2003, but I am considered as the class of 2004 (Art History and Journalism). The good old Eugene is always making up itself in different ways. Dr. Tom Mills is retiring, and Ginny Stark already retired. Ok, it’s the allergy season there, never mind… I can skip that part. Oh, did I mentioned that I am hippienized interally. I was so sad that I forgot to bring a tie died shirt from the Saturday Market. Oh well… Any cool Lawrence Hall people, or J school people who can get me some cool job links?

IT’s interesting to see so many Oregonians here!!!
:O) Impressiveeeeeeeee!!! :bravo:
I’m also a Duck!!! Class of 2004 Journalism as well!
But i graduated in December… what about you???

Are we playing the class game? Unfortunately, I am not psyched about that like the Law school folk. I was in UO from 1998-2003, but I am considered as the class of 2004 (Art History and Journalism). The good old Eugene is always making up itself in different ways.
Che[/quote]

The allergies in Eugene are the worst. I hated it. I went through this silly lawsuit with UO and it dampened my experience there tremendously. Not even the Fantasy Wharehouse could cheer me up, although I understand that is closed.

I also hated all the PC-I-need-to-be-a-minority (you litterally had people lying about their ethnic backgrounds and/or sexuality in order to get attention), panhandlers and the LGBT community can go take a flyin’ leap. But it had so many wonderful quirks. There was the lady who worked at Cafe Zenon who had been living on the lam, ala the movie “Running On Empty”, and turned herself in. Some of the best restaurants in the U.S. And of course Animal House, and Personal Best, the world’s best movie about lesbian athletes, were filmed there. And many people don’t realize that thing with the Gnome from that French movie and in those travel Web site ads was a Eugene invention.

Ken Kesey was also a proud Oregonian and big supporter of the wrestling team. I went to several wrestling meets and he was always there at matside. His son, sadly, was a member of that team and was killed in an accident on route to a meet. Regrettably, Ken also met an early demise a few years ago. 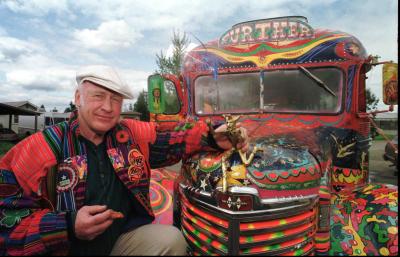 [quote=“Hobbes”]From what I can tell, Taipei has a surprising number of Oregonians. They seem to be represented here far out of proportion to what you would expect, given the population of the state.
[/quote]

I’ve met a lot of Minnesotans.

We should get a poll to represent. Then have another Pet event where we pit the various geographical teams against each other. The Brits can have their teams (I’ve no idea how’d they split their Isle?), would it be terrible if the Aussies and the Kiwis were a team? The Canadians could be Western Canadians vs. Eastern Canadians? Chewycorns could MC has he belong to neither

[quote=“Yellow Cartman”]The Canadians could be Western Canadians vs. Eastern Canadians?
Yes Yes? No No?[/quote]
You wouldn’t get much action out of us. We’d all be high.