Does anyone have a Taiwanese language drama series they would recommend to watch online? (YouTube is easiest). When I search “Taiwanese Drama” most of them are in Mandarin. I’d prefer modern, not historical, if possible. I’m not too fussy about production values otherwise – it’s for the language. 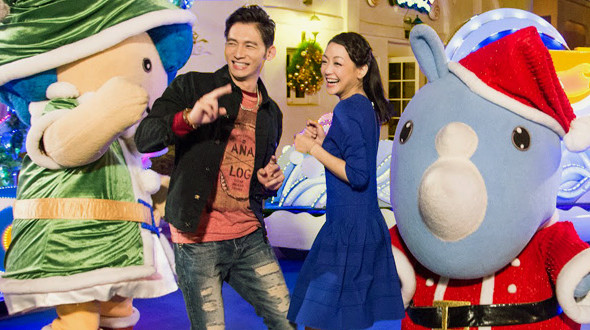 Jin Da Hua (Nikki Hsieh) has buckteeth and an unfortunately prominent mole on her face that has caused her to be teased and ridiculed throughout her life. Down on her luck and in need of money, Da Hua’s fortunes change dramatically when she crosses...

Thanks, I’ll check it out!

This episode has word play with the sound of Minnan! The whole series is a treasure of Minnan language. (google 黃俊雄, 史艷文).

The soapy shows on 三立 and 民視 could be pretty entertaining. I remember when I was in primary school everyone was watching 台灣龍捲風 and it was fucking hilarious. I mean it was actually totally nasty and sexist, with loads and loads and looooads of rape story lines, plus stuff like demonising AIDS and bisexuality et cetera (in the end like half of the cast had AIDS and some 85% of the original cast had died, in multiple different ways), but entertaining nonetheless. I don’t think it’s possible to find the show on internet now though, it doesn’t really have that kind of market.

家和萬事興 was hilarious as well. My favourite part was this girl who’s actually 30-something but looks like a grade student as she couldn’t grow up.

If you’re not into crazy shit like that, 大愛 usually makes better shows. Not that they are Emmy-worthy or anything, but they are more like slice of life and quite realistic. The scripts are always adapted from the real life experience of the members of 慈濟. I remember that 草山春暉 was pretty good, I used to enjoy it like years ago.

I’m not sure if they are available online though.

Lady Rainicorn speaks Taiwanese in the Mandarin version of Adventure Time. (She speaks Korean in the English version.)

Will be curious to hear how your Hokkien progresses!

春花望露, set in the period from 1950–1980. Very cheesy, with typically bad acting, but good language listening practice. Available on Youtube, subtitled in Mandarin.

Thanks, all. Cheese not an issue. I like cheese.

Just curious to hear how you’re Hoklo is coming along? I’m always curious to hear about Hoklo learning experiences. I am ABC but learned Hoklo at home and have always imagined that it is a tough language to pick up outside of a family childhood environment. I am fond of and partisan to Hoklo in many respects, so it has been a difficult personal matter for me to come to the realization that my Mandarin is appreciably better than my Hoklo these days.

Hah. No progress. Got sidetracked (again). But I hope to make some basic changes to life in general that would allow me to do a steady if short time each day on my interests, which do include Taiwanese language.

Hahaha, the drama you list and description makes me laugh, it’s really ridiculous in Taiwanese drama but it always get the best broadcast popularity in TW.

If you don’t mind watching older series, there are a couple by PTS and SET that are amazing.

a bunch of them by SET are listed here: