Yeah because they think they are above English teachers or other ‘laowai’ who do a decent job day in and day out here.

They are just pandering to the audience with cheap shots at foreigners.

Taiwan in a good light

His first reaction is to want to respond by saying “go back to your country”.

And finish with a joke that foreigners all carry the disease.

If it is here as well, people aren’t just posting English news, at least 30% is Chinese, because a fuck load of foreigners in Taiwan read Chinese, as we aren’t idiots

Wonder who Ken meant in his description of an older foreigner saying COVID is everywhere already in Taiwan and people need to deal with it?

This guy is way out of order repeating go back to your country over and over. Maybe once he could joke about it but they go on and on with the negative stereotypes about this foreigner and that foreigner and about English teachers. English teachers are the reason this jerk can speak English right…

It’s also true that Taiwan public insult laws can easily get you in trouble. If you call a given mayor an asshole yes he can sue you very very quickly.
Its also true that foreigners are prohibited from political activities I believe.

Next time a jerk off repeats go back to your country you tell the fine…You go back to China first.

Tell them to go back to Thailand 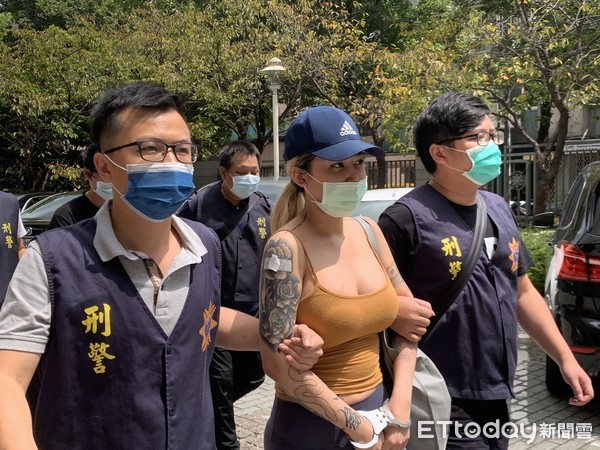 I find that most Taiwanese podcasts do this. I really liked listening to On the Way to Work (通勤十分鐘), but they have really picked up their “people in North America ALLL…” garbage about living in Vancouver and now Toronto. A lot of what they say can be considered insightful, but then they say something about how “everyone here does x” that is rude and also untrue, but they frame it in a way that sounds like an observation, but actually very intentionally cuts really deep. (I’m also tired of listening to them whine at least once an episode about how they don’t live near the ocean anymore and that “a lake isn’t the ocean and doesn’t have the same feel”. They are now located on a Great Lake, which is enough of a “freshwater ocean” to have its own tides, which to me just shows a desire to complain about more things about their life in Canada. I mean, what are you doing near the ocean in Vancouver that you can’t do near Lake Ontario? It’s not the tea cup that is Sun Moon Lake, though they make it sound like it is from all their complaining)

If you really want nasty comments about foreigners, listen to ChinesePod. You’d think the world was made up of China, which is the best country on earth, and The United States of America, which is a garbage dump, and any American who comes to China and disagrees in any way with any aspect of Chinese culture just doesn’t understand the brilliance of 5000 years of Chinese culture!

Chinese Pod is based in taipei. Are u sure?

No, I’m not sure now. I stopped listening to it about five years ago, when they were still based in China. I did walk past their Taipei office once, near City Hall? I was wondering if they got kicked out of CCP land. I tried using some of their beginner materials when I was teaching Chinese in the States (about five years ago), and I realized I couldn’t use 70% of the material because the dialogue was either insanely sexist or overtly CCP anti-American propaganda. The advanced stuff at the time was crazily “China number one”. Like, I would catch myself agreeing with the most insanely stupid things. Thankfully I only ever did the 99 cents/one month subscription, so they never got too much of my money!

Erm I used their advanced stuff before and thought was fine.

But then I also studied HSK , and the reading and listening sections were absolutely brazenly full of propaganda. So maybe was already desensitized

It’s true most Chinese study materials are full of CCP propaganda. I saw some really great books from the 1960s once. You couldn’t greet someone without being a comrade. But there are plenty of ways to teach the Chinese language and about Chinese culture without making a point about why China is superior in ways that even my high school French teacher wouldn’t have dared ever talk about France. What scared me was that I would listen to a full episode of Chinesepod for the sake of learning the language within, note how propaganda-filled it was, and then find myself thinking about how effed up America was or “yeah, China does do that better” before realizing some dangerous brainwashing was going on, those thoughts were not my thoughts, and I was not going to subject my students to it. It’s one thing to think “yeah, the Spanish do life right by having daily naps. Why don’t we do that in the US”. It’s another to think “yeah, the Chinese are right to randomly pick up other people’s children without asking the permission of the adult looking after them when they are out in public. They are all helping to raise the children together and it’s so nice that total strangers are part of your family in China”. <The actual focus of a ChinesePod lesson I listened to once was about how foreigners are wrong to tell the local grandpas to keep their hands off her kid at the park. Ummm…stranger danger?

I would prefer if you didn’t do things to cause the locals to dislike foreigners while some of us here are working to convince the govt and populace to tear down the unfair citizenship laws. It hurts our case.

Please, stop doing things that hurt our case. Those who dont want to do not free quarantine, who want to swim legally and who want to live in a place where free expression is welcome even if it doesn’t represent the same ideas.

You really have a deep problem with democracy if you ask me to not express myself.

Please, stop doing things that hurt our case. Those who dont want to do not free quarantine, who want to swim legally and who want to live in a place where free expression is welcome even if it doesn’t represent the same ideas.

You really have a deep problem with democracy if you ask me to not express myself.

You misunderstood my statement. Your reply also misses the point of democracy.

Of course. How could you be wrong?

What could you possibly hope to accomplish starting a YouTube channel for the sole purpose to bash the country?

You think that making a video supporting the things they were laughing about , will help anything?

You think those cops are enjoying their job ? Their hands could not be any closer to her …
A lack of female cops these days.

English teachers are the reason this jerk can speak English right…

They can speak English because they both lived in North America. I think they both came from wealthy backgrounds, remember at one point they were attacked by people on social media for being “elites” and “elitist”