NYU Professor fired because the course was too difficult

This story, first reported in the New York Times, has gotten quite a lot of discussion in certain circles. An organic chemistry prof who spent much of his career at Princeton was hired late career to teach at NYU. Students protested and petitioned the university, claiming this guy’s course was “too hard.” A Dean not only received the petition but also elected to terminate the employment of this professor.

One story, among many, on these developments: 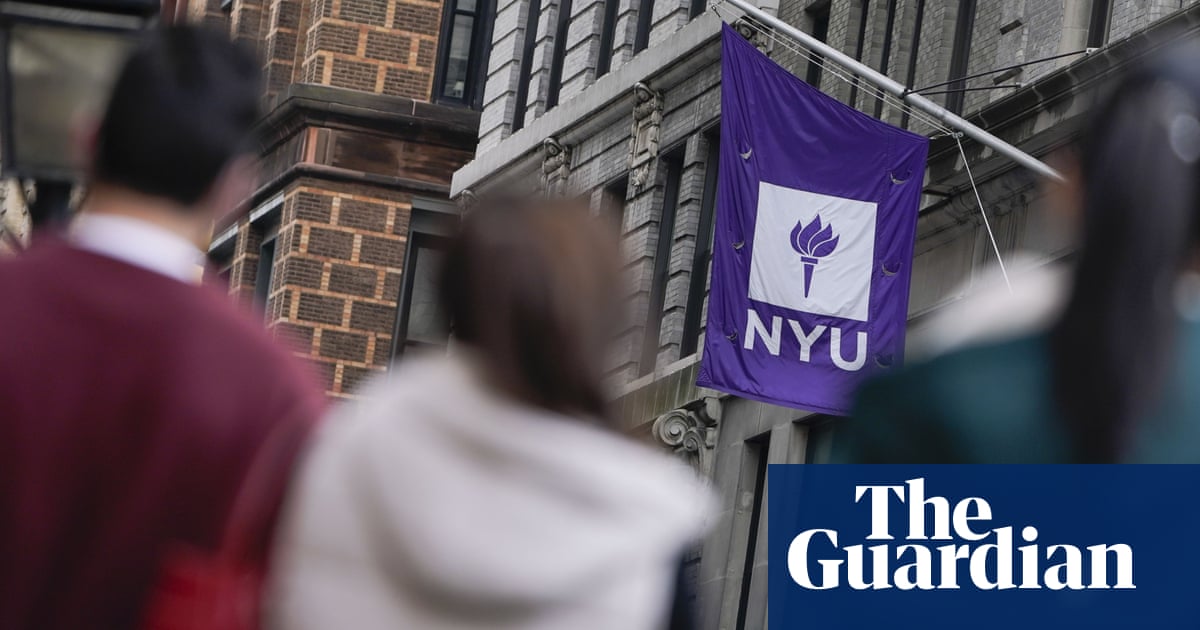 Well if these students want to become doctors, they may also need to understand old people.

I say that because the course in question was organic chemistry—said to be among the hardest courses in undergraduate education, especially for students attempting to get into medical school. It’s supposed to be hard.

I don’t like the idea of students petitioning against a teacher who hasn’t abused them, but just teaches “too hard.” Then again, no one here has been in his class. Maybe he was teaching PhD-level material to undergrads. NYU definitely could’ve handled this more artfully and from the article it sounds like they just jumped to termination without considering a host of more reasonable actions.

maybe they were looking for an excuse to terminate him.

According to leaked emails, it seems the administrators were concerned about the feelings of the tuition-paying customers, previously known as “students.”

To their credit, the students did not call for the termination of this professor. It’s the Dean that made this call.

i dont know.my assumption is based on my own experience with office politics, i believe universities have the same issues as any other workplace. This case reads like an outside employee, waaay over retirement age, who caused inconvenience to his supervisor. Had the professor been a star researcher or the dean’s brother in law, he would have kept his job …

That guy was a star. That’s exactly why NYU would go out and hire him after he retired from Princeton.

I fully agree, however, about the “causing inconvenience” part. Which makes me think: is the purpose of a university to be “convenient”?

I would like to nominate this NY Magazine piece as the most backhanded defence of the student petition I have read so far: 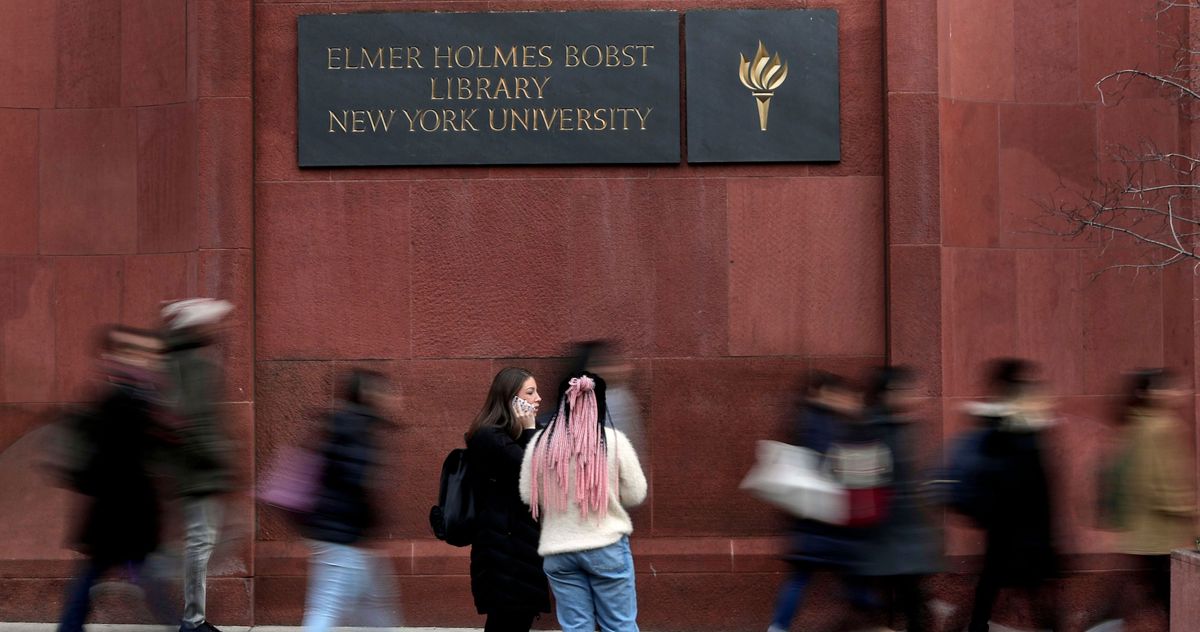 The Whiny Grade-Grubbing NYU Students Have a Point

It is too hard to become a doctor in the United States.

I fully agree, however, about the “causing inconvenience” part. Which makes me think: is the purpose of a university to be “convenient”?

Not at all, and few believe that. You can easily find many universities and professors that take pride in their low acceptance rates, hard tests and insane course load.
That is why i read this case as a workplace politics issue, not a student vs faculty issue.
I think NYU knows that firing a prof for being academically demanding is nonsense, hence my interpretation that they were just looking for an excuse to terminate the contract. there are easy fixes to hard tests : in my undergrad, when too many students failed a test, the professor would just give us all a 10 point bonus to make sure the grades looked normal

It also makes them look terrible.

Lots of comments in the twittersphere about needing to avoid future doctors that went through NYU.

concerned about the feelings of the tuition-paying customers, previously known as “students.”

The thing is though, as a college student, you are a tuition-paying customer. You are paying an insane amount of money to learn things from people who are supposed to experts in their field, which usually makes them wholly unqualified to teach. If had really taken the time to think about what I was getting for my US$150 per hour classes in college, I would have sought to remove a number of professors from my university too. “90% of you wont be here at the end of the semester” is ONLY a reflection on a teacher’s inability to teach and expectation that “good students” are those who learn everything on their own. Which makes you wonder why you’re paying US$150 per hour to be there, if the teacher isn’t teaching you.

Tough to say. Reading the article, it’s certainly not just about the course being too hard. original nyt article: 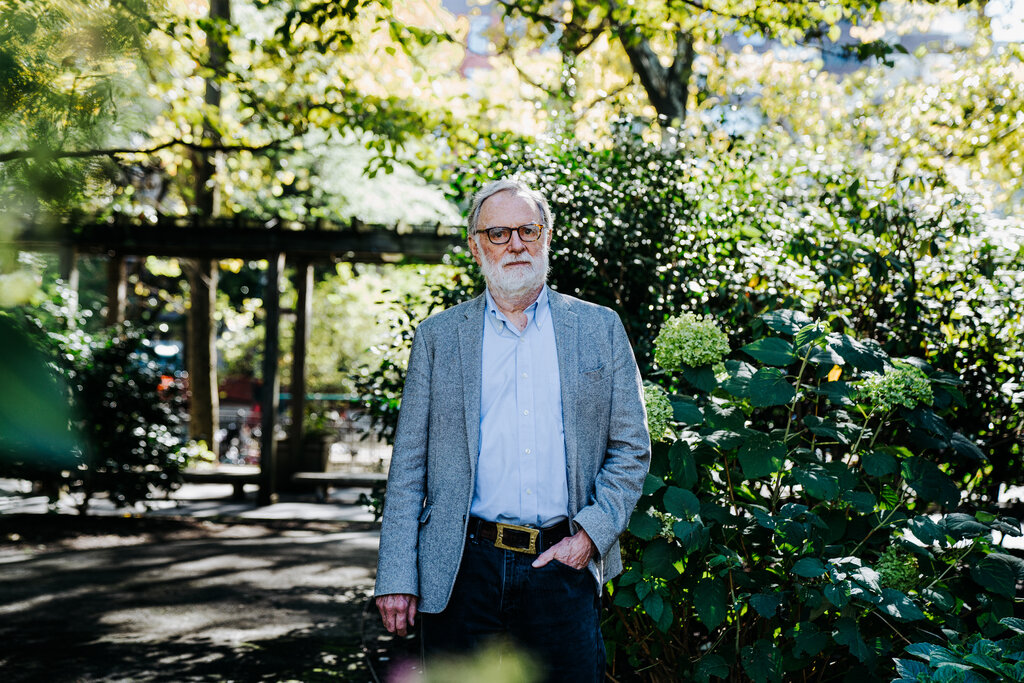 At N.Y.U., Students Were Failing Organic Chemistry. Who Was to Blame?

Maitland Jones Jr., a respected professor, defended his standards. But students started a petition, and the university dismissed him.

“Students were misreading exam questions at an astonishing rate,” he wrote in a grievance to the university, protesting his termination. Grades fell even as he reduced the difficulty of his exams. The problem was exacerbated by the pandemic, he said. “In the last two years, they fell off a cliff,” he wrote. “We now see single digit scores and even zeros.”

After several years of Covid learning loss, the students not only didn’t study, they didn’t seem to know how to study, Dr. Jones said.

If your students are getting worse and worse scores every year, when you think you’re making tests easier, and grades on exams are averaging 30, there’s probably something you need to change.

That said, I’m pretty sure there’s some slacker snowflake whining as well.

I remember from university there was an old guard of professors who appeared to believe students were getting duller each year, at least they gave off that impression. I actually had a similar situation, in second year a lecturer failed half of those sitting the course on the basis of a practical test, but he got reigned in by the Dean and had to rescind the failures. At no point was he going to lose his job though. This seems heavy handed.

Now, this is a great article!

For many reasons, not only the opinions and philosophy espoused therein.

I particularly like the author’s handling of the modern lexicon, what with the tonally-apt use of double verbs such as the following sentence:

“those who hate-read “campus drama” stories and quote tweet them only to express their frustration that people are reading and sharing such stories are very much implicated in the phenomenon they bemoan.”

and as someone managing curriculum at a science university, I do get the point of the professor’s stance, but not the dismissal. Lol, pandemic-struck students who have not learnt how to learn, modern American pedagogical theory be damned!

There are certain things about organic chemistry that don’t really fit (well, absolutely not at all) into a student-centered, SLO-focussed group-activity approach to learning.

If you can’t show me where the bloody electrons go, then you fail. Simple.

There are certain things about organic chemistry that don’t really fit (well, absolutely not at all) into a student-centered, SLO-focussed group-activity approach to learning.

I have no idea what you mean by that.

That the guy is “a legend in his field, wrote a book on organic chemistry” means Jack shit. From my own experience the best, most engaged teachers are young (by academic standards, say under 50), and the people with the most credentials/prizes/books tend to be awful. Also, would you expect a 84-y-o to adapt to online teaching and have the best pedagogical methods for this media?

I think that we can’t tell. That’s something that someone from inside the university has to evaluate?