Only wanted to "borrow the toilet"

I suspect high probability for waking up with a face tattoo.

Also a holistic corporate coaching something or other if anyone’s interested.

Hello All, welcome to Taiwan. I want to reported a police abuse violence event in Taipei and looking for reporters based in Taipei. On 28 May midnight when I walked passed a nice Hilton hotel and went to book a weekend room to enjoy it.

Completed the booking process with the credit card and identity documents. I want to borrow the toilet. I didn’t expect to be told that “only” can be used when checking in. I wasn’t very happy to hear it. Just go to the toilet. Then go to the lobby to charge my phone. The waiter kept urging me to leave. So put my bluetooth speaker at the loudest and circled the hotel then walked to the open space of the hotel outside the door. Put on my art installation on the floor. Start listening to music and taking pictures for protesting my dissatisfaction. So they called the police. The police came and asked me to leave. I mentioned it’s public space why I have to leave. Then police start to use violence and put my head on the ground without saying a word. Seven or eight policemen beat and kicked me. The baton slammed into my throat. Hit me at the privacy part. You feel they just want to kill me. I can only fight back with my teeth. So they sued me for obstructing official duties. The ambulance came and saw my head was bleeding and wanted to take me to hospital. The police mentioned no need and it was hit by myself. I took the injury test and prepared to file a lawsuit. For such wicked services, they are cold-blooded and silent, and the police are evil forces. I hope God has eyes to help me get justice. Peace & Love

Guy sounds like a dick. But if he just made reservations, I don’t know why they wouldn’t allow him to use the bathroom.

It shouldn’t take the threat of police to leave. A hotel lobby isn’t public space. And what kind of person puts their art gear in front of the door and has a flashmobby pop up protest?

If the cops gave him that beating, as he was biting them, tough shit. Check the video. But seriously, next time, just fucking leave.

Perhaps the hotel has policy to not allow outsiders to use the toilet due to COVID rules (it’s stupid I know). But you have to REALLY FREAKING TRY to get a Taiwanese cop to use force on you. I mean just force, not deadly force.

Also there are surely 7-11 nearby that has a toilet, or a park, or whatever, or just ask another establishment. Worst comes to worst, do it in the back of a building. Taiwanese cops have better things to do than bust someone for peeing in the back alley.

I mean when I got in trouble for that O Bike fiasco the cops didn’t even use handcuffs until they are really required to (on the way to the prosecutors). Trust me, cops here use kid gloves whenever they can.

True, yet he was refused use of the restroom and then he tried to charge his phone in the lobby?

How’s the reaction on that facebook group? Do people sympathize?

How’s the reaction on that facebook group? Do people sympathize?

There are two types of opinions being expressed on the Facebook group. I expect those who sympathize make more comments than those who don’t.

So he was being obnoxious and did not obey police instructions? Then police got handsy with him? There are probably worse problems in the world.

Put on my art installation on the floor.

Is this a euphemism for something?

Very unprofessional for the hotel to deny someone who just made a reservation the use of the toilet but it is their private property. There should be a video somewhere of who was at fault for the violence, cameras are everywhere.

It’s either made-up, or there’s a hell of a lot more to the story.

Taiwanese cops giving someone a beat down in front of a hotel?

Peace and love my fucking arse.

He lost any empathy from me after I read he put his bluetooth speaker on and circled the lobby disturbing others. I can’t stand this behaviour.

Yeah possibly some rule. There’s always some overlord making staff’s life a misery about every little rule and process to be followed. Don’t expect someone to bend the rules for you in Taiwan.

He claims he’s already sued all the media companies that talked about it.

Apple Daily story with some video. 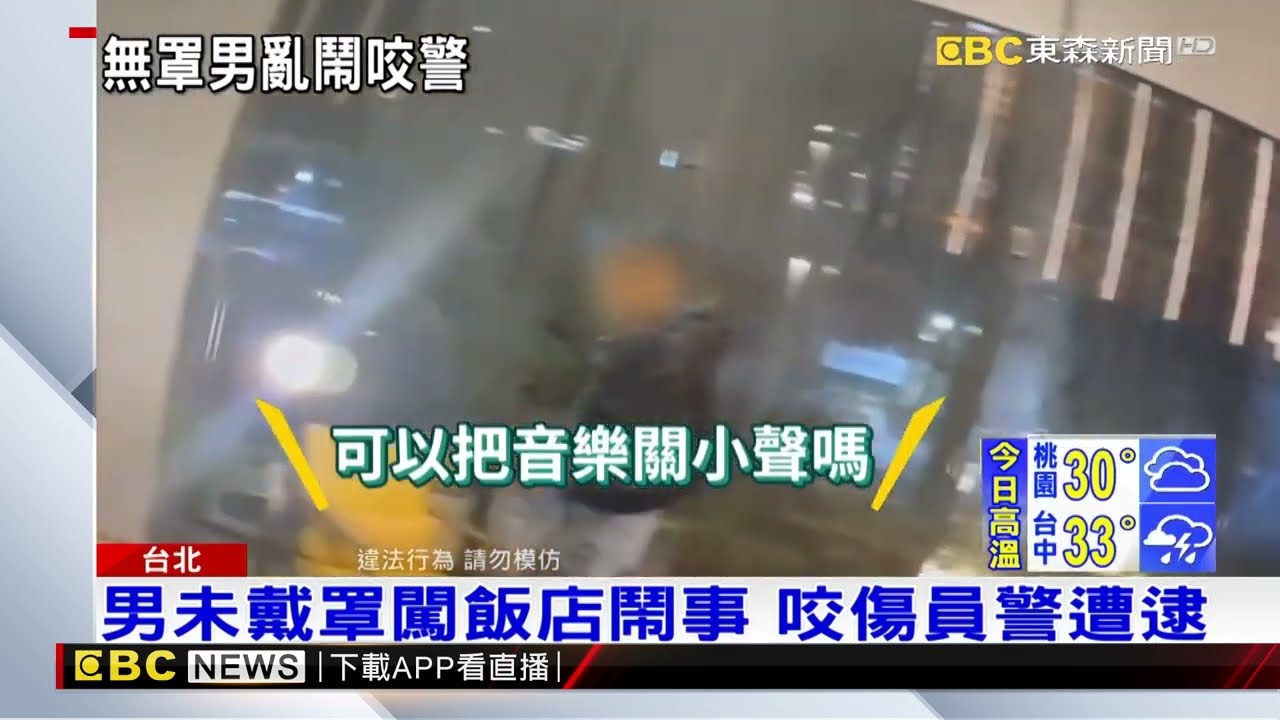 I still haven’t discovered if he’s Taiwanese or foreigner or dual or.

Looks like it started with him not wearing a mask inside the hotel, no?

The article doesn’t seem to mention that he booked a room. As most things, we’ll probably never know the whole truth.

The article doesn’t seem to mention that he booked a room. As most things, we’ll probably never know the whole truth.

Booked a room on a whim at midnight for the following weekend. Hmmmm…