Pornography: Harmless Erotica Or Base Exploitation?

Some friends tell me that it adds spice to their sex life. Others find it crass, boring and obscene.

The pornography of the 80’s markedly differs from the current fare. In the days of yore, there was foreplay, kissing and all that other unnecessary stuff. Apparently the marketing has always been aimed at men, but in The Golden Age, was inclusive of other people, i.e. women. Times have sadly changed.

The pretty ladies who have all of that nasty stuff done to them by gentlemen with monstrous members, whilst pretending to enjoy it, are well-paid. Where lies the distinction between exploitation and freedom to choose?

This is something I’ve thought (no pun intended) long and hard about. Also, I am unable to provide links, as this site is for family viewing.

Yes. Harmless Erotica Or Base Exploitation? And would it matter to me?

I’ve been caught in the grip of it for hours at a time, and afterwards I’ve felt like I’ve just bathed myself in something unspeakably vile and done damage to my mind. It affects my view of women. It turns women into objects instead of people worthy of respect. It demeans that special relationship that men and women can have when there is real love (even twoo wuv).

I believe that it also makes us guys more vulnerable to being unfaithful.

We guys are a bunch of adolescent barbarians at the best of times, throwing pornography into the mix just makes us worse.

I dont exactly see how it would make people more unfaithfull and i am pretty sure that it only affects one’s view of woman if one cant remember the difference between acting towards a goal and actual real life. if i watch a lot of old kung fu movies i may expect all chinese being able to fly, speak weird and to always be on the verge of having ridiculous fights in the streets and old wooden tea houses BUT through contact with them in real life this image doesnt really hold up and i wouldnt treat them in any way that is based on that (like being afraid of them because they are all awesome fighters… more like the opposite).

there is money to be made with it and that leads to parts of the business disrespecting human dignity and value and so on. but then again the same is true for the most romantic and beautiful wedding ring a man may give a woman. back to the thread title: i’d say its a bit of both and my guess is that it has about an equal amount of positive and negative effects. if the actor does it voluntarily and is well paid and the one watching it for entertainment can make the distinction between acting and real life why should it be not ok. and all the limitations in that sentence apply for other forms of entertainment too. so there is not really a difference i think.

It demeans that special relationship that men and women can have when there is real love (even twoo wuv).

Perhaps in your subjective opinion. 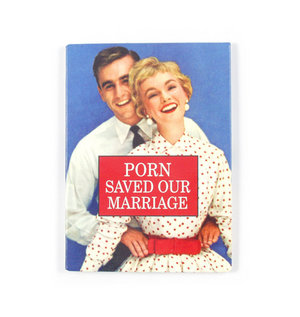 As long as the participants are doing it of their own free will, I have no problem with it.

Just like anything too much can be bad for you. It if it not run in the right way then it can exploitation, it is not pornography itself that is doing the exploiting though but businesspeople and gangsters. Part of the problem is it’s quasi legal or illegal status in many places.

Besides, even if it were attempted Base Exploitation it would clearly be futile, as . . . .

It is exploitative, yes, but not to a very large degree. I don’t think it’s very harmful to anyone involved.

You’ve got to be kidding. Oh, wait.

Got To Be Kidding:

It’s interesting, isn’t it? Feminism was the joint architect of a misogynist male chauvinist playground. Life couldn’t be better for the man who thinks the sole purpose of a woman is his sexual gratification. Women everywhere are busying themselves dutifully reinforcing his perverted stereotype.

It’s interesting, isn’t it? Feminism was the joint architect of a misogynist male chauvinist playground. Life couldn’t be better for the man who thinks the sole purpose of a woman is his sexual gratification. Women everywhere are busying themselves dutifully reinforcing his perverted stereotype.[/quote]

How about - Internet Pornography: mass education.

Seriously. Has anyone had sex with ‘the youth’ recently? My God! The age of innocence is over.

And let’s not forget:

Hopefully, anyone with a daughter or goddaughter would prove the exception.