The indigenous women had their say during one key scene in E1.

The Dutch first recorded the areas as Lonc-kjauw, so I think the first pronunciation should be the correct one. Many sources say it means orchids in the Paiwan language, which I couldn’t find any actual proof of. The closest I could find that that orchid is rang and range in Atayal and Rukai languages. So… maybe there is some truth to it?

I just found it. It was more difficult than it ought to be. There is no orchid entry in any of the Paiwan dictionaries I can find online. Most of the entries for flower lists the Japanese loanword hana. I even saw an entry for orchid in a speech of a student which seems to list it as maretimaljimalji.

Finally, in a Tainan city Paiwan textbook, it lists 3 words for flower, hana, vuciar, and Veljangaljangaw. That ljangaw part must had been the etymology for Long-kiau. If that’s the case, then what Le Gendre wrote down on his maps, Liang-kiau is a much closer phonetic transliteration.

I was taught that Indigenous peoples in the south were broadly speaking matrilineal as opposed to the pan-Atayalic folks in the north who were and are not.

I don’t know if this was the case 154 years ago, but in more recent history the Pinuyumayan (Puyuma) men has an age caste system, and each caste lived separately from the women, in military styled camps.

From 12 to 17, young men live in the youth call called the ttakuban, before they graduate and move on to live at the palakuwan. When they are 20, after passing a series of trials, they can graduate to become real men.

Men without a spouse will continue to live at the palakuwan. However, once they leave, the society is matrilineal where properties are inherited by women, and men will marry into matrilineal families.

Most matters are determined by the high priest or the chief. The high priest in Pinuyumayan culture is usually a male priest, instead of a female priest like most other Taiwan Indigenous cultures.

Even though the nobles of Seqalu were originally Pinuyumayan, I don’t think that age caste military system were practised in Seqalu.

The Paiwan culture is based on houses (a family clan). That’s what the 4 Seqalu nobles houses, the Garuljigulj, Mavaliw, Cjligul and Ruvaniyaw were. The eldest child, regardless male or female, would inherit the house. The younger children would establish their separate branch, and help with the original house. Paiwan also has a caste system, where there are nobles, bureaucrats and workers.

I just saw episode 5 last night. I mean there are small issues. I’m still having the most trouble with just the way the US general delivers his lines, but it’s nothing that would ruin the series for me.

I absolutely loved the entire scene at the Ciljasuaq village. When the elder speaks, it’s just amazing. I really felt like I time travelled 150 some years to witness this gathering. The intra-alliance politics is certainly intensifying.

The actress playing Thiap-moi was also great in this episode, showing a lot more emotions. Although I still can’t figure out the character’s motivation sometimes. In a lot of situations, it would seem to me that just saying what’s on her mind absolutely won’t hurt her predicament.

Back to history, according to Pickering and Le Gendre, they should have been with MacKenzie through out this whole episode. Pickering dedicated an entire chapter of his memoir to this event.

Since I haven’t read the novel yet, I couldn’t tell if the historical inconsistency was on the part of the author or the screenwriters. In an interview, Dr. Chen (the author) said he had no direct contact with the screenwriters, so he couldn’t dictate what could be change and what could not. However, he also said he’s fine with the modifications, and just want to wrote more Taiwan historical novels for film or TV to adapt.

no 1 now in Netflix Taiwan

Dang! Taiwan+ removed SEQALU videos in 4k from YouTube. They were probably not supposed to be listed until later. Netflix got sour

just stated watching itand it gets my outmost interest

It is actually exceptionally rare for Taiwan to produce period dramas based on its own history. It’s great to have more people to watch along with.

The actress playing Thiap-moi is actually half Filipino and half Taiwanese Hakka. Her mother couldn’t speak much Mandarin when she was young, and mostly spoke Tagalog and English with them.

What part of the Philippines are you from? Do you speak a regional language in addition to Tagalog?

In episode 5, I heard the word djalan for road, kina for mother, and I finally realized why the grand chief is referred to as kamakama, it’s just the word for father repeated twice.

Saw episode 5 last night. I’m lagging behind a bit. Hopefully I can catch up before this Saturday.

The pacing issue is back in episode 5. Along with the issue of lines being repeated in the same scene or back to back scenes for no reason at all. The second half of the episode spent more time in the Seqalu villages, and it felt a bit better. I’m really loving the Seqalu princess character (sounds like Umina). She seems like someone who is capable of take care of the alliance after her dad.

I heard the word ’inaljan this time, and recognized it means village. I thought it’s a cognate with asang, but after looking it up, the original etymology came from the word *qaNa, which means enemy. So just ’alja in Paiwan means enemy, but add the -in- infix turns ’inaljan into village.

By the way, I looked up what the house names mean for the 4 noble houses in the CIP’s Aboriginal name reference document. Ciqicuq’s House Garuljigulj just says “name of insect”. The second house, House Mavaliw, means “being blown by wind”, and now I can see vali (wind) in the House name. I can’t find the meaning behind the house names of the other two.

At the request of Tauketok, the ruler of the eighteen tribes south of Liangkiau, and between the range of hills east of it and the Eastern Sea including the bay known as the Southern Bay of Formosa where the crew of the American bark Rover were murdered by the Koaluts, I, Charles W. Le Gendre, United States consul for Amoy and Formosa give this as a memorandum of the understanding arrived at between myself and the said Tauketok in 1867, the same having been approved by the United States Government and assented to, I believe by the foreign ministers at Pekin viz:

Cast-aways will be kindly treated by any of the eighteen tribes under Tauketok. If possible, they are to display a red flag before landing.

Ballast and water. - Vessels requiring supplies are to send a crew on shore, displaying a red flag, and must not land until a similar token has been shown from the shore, and then only at the spot indicated. They are not to visit the hills and villages, but, when possible, are to confine their visit to the Tuiahsockang, being the first stream on the east coast north of the southeastern cape of South Bay, and to the Toapangnack, to the west of the rock where the Rover’s crew were murdered, the latter being the better watering place in the northeast monsoon. Persons landing under other than these conditions do so at their own peril, and must not look, I believe, for protection from their government if molested by the natives, who in such case will not be held responsible for their safety.
CHAS. W. LE GENDRE, United States Consul.
Witness: I. ALEX. MAN, Commissioner of Customs for Southern Formosa.
Witness and interpreter: W. A. PICKERING

In that same report, Le Gendre also became a linguist, putting together this table:

Le Gendre describe Taoo-Siah as “30 miles to the south of the Sabarees, nearly on the eastern coast”, I saw some Mandarin sources claiming it to be present day 大社, which would be the Paridrayan village of the Paiwan Raval group, and not a part of Seqalu. The problem with that would place Taoo-Siah to the north, not the south of the Sabarees. I’m thinking Tuā-siā (大社) here refers to the capital of Seqalu, which would be Ciljasuaq.

Sibucoon is described as 90 miles to the north of the Sabarees, in the centre of the island, reported by Mr. Pickering. That fits the description of the Isbukun branch of the Bunun peoples.

Kan Kaw is supposedly 150 miles north of the Sabarees, and 30 miles east of the western coast, that would put it around mountainous region near Taichung, and like into the Atayal territory. I can’t pin point where exactly though. The numeral system listed is a pretty good match with the Ci’uli branch of Atayal language. After reading the rest of the report, Le Gendre mentiones that he visited a place called Koukaw, which has natural gas and fossil fuels seeping out from the crevices. This matches Pickering describing that they visited present day Chukuangkeng (出磺坑) with John Dodd in 1869. So maybe Kan Kaw here is just another rendering of Koukaw.

Chintaki is said to be 170 miles north from the Sabarees, near the eastern coast. Reported by Mr. J. Dodd. That seem to be closer to Yilan, and the numbers still looks like they came from Atayal. I can’t pin point this location either.

Now it is back on YouTube.
The episode order is a bit off in the end.

Still not available in Taiwan, but I guess Taiwan+ is for people who live in places where media distributors wouldn’t pay for Taiwanese dramas.

I was able to watch episode 7 and 8 back to back last night. They are definitely the best episodes to date. They are still not perfect though. I think the editing is hurting the story telling since each character’s motivations aren’t really made clear for the audience to follow.

That wasn’t too big of an issue when the series just started, but now we are in the middle of the story and it is frustrating that I don’t really know why Thiap-moi or Le Gendre or the other characters make the choices they do.

The most easy character to follow is definitely Tsui-a. He is trying to navigate a very difficult situation without any true friends. I love all the inter-ethic politics going on, and it’s hard not to feel for Tsui-a. He’s a scoundrel, but he is trying so hard to eke out a living for the Makatao people. Aside from Cuqicuq and the Ciljasuaq village, most factions in the series are in the grey, which is the best part of the series. Even William Pickering, despite trying to be friendly to everyone, is selling opium and in real history started the camphor war.

The only new Paiwan word I was able to pick up was “vatu” for dog. Tsui-a probably said this word before, but I didn’t really hear it until when Cuqicuq mentioned it. I know this word because of this Matzka song: 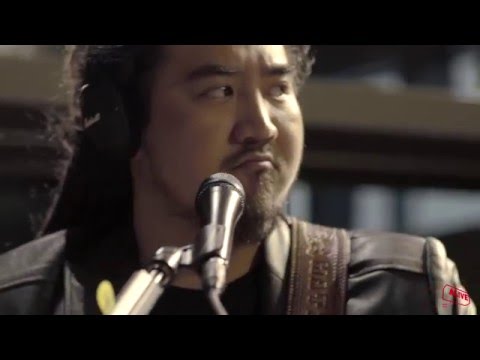 He spelled it as mado vado, which means “like a dog”.

I’ve also noticed for the past couple episodes, Fabio sometimes portrays Le Gendre with less motor control of one of his eyelid. Although it’s not really consistent, but I guess they are acknowledging that one of his eyes was hurt during the Civil War.

Sorry if you’ve mentioned this before, but do you have any idea about the Paiwan word that is translated as “Han”? My ears might be off, but it sounds a bit like /baɪ læm/. It’s the only word that’s stuck because they use it so much.

It’s Pairang. It’s etymology is likely 歹人, which would make it a loan from Taigi’s Pháinn-lâng, which means bad people.

Whoa, why are they saying that?