DUBLIN, Ireland - Sinn Fein, the major Roman Catholic-backed party in Northern Ireland, warned Monday of renewed political instability if it is not given control of the British territory’s police and courts by May.

After meeting with the leader of the neighboring Republic of Ireland, Sinn Fein leaders got Irish support for the party’s goal but not the deadline, which has been called unrealistic given the opposition of Protestants.

Irish Prime Minister Bertie Ahern said his government, like Britain’s, believes that “the time is right for the parties to move forward and take the final steps towards full devolution (of powers) and full normality.”

But he declined to endorse Sinn Fein’s May target for transferring control of the justice system from Britain to Northern Ireland’s Protestant-Catholic coalition administration.

Sinn Fein also wants one of its members on the power-sharing Cabinet to run the police and courts.

Sinn Fein leaders Gerry Adams and Martin McGuinness said a failure for them to gain control of the justice system by May would demonstrate power-sharing is faltering and could spook foreign investors at an impending conference on investing in Northern Ireland.

“Any suggestion of instability in the political institutions … risks undermining the investment potential of the economic conference,” Adams said in a statement.

Britain and Ireland had set a target for transferring police and judicial powers to a Justice Department in Belfast one year after Protestant and Catholic leaders formed a coalition last May.

But Protestant leaders fear Sinn Fein will appoint an Irish Republican Army veteran to oversee the department. Britain has said the impasse could lead to the transfer being delayed until at least 2009.

The outlawed IRA killed about 1,775 people, including nearly 300 police officers, in a failed 1970-97 campaign to force Northern Ireland out of the United Kingdom. The underground group disarmed and renounced violence in 2005, but has yet to disband — the Protestant side’s remaining demand.

Power-sharing was the central goal of Northern Ireland’s Good Friday peace accord of 1998.

Seems N. Ireland is going through some major changes. I was wondering what peoples overall thoughts were on the way things are developing, what they may see as happening in the future. I must be out of the loop on British politics because I read “Sinn Fein, … warned Monday of renewed political instability if it is not given control of the British territory’s police and courts by May” I practically did a double take. It wasn’t so long ago they were directly linked to the IRA and visits to the states from their leaders condemned by the British.

Yet 10 years later, and the Irish the Brits and Sinn Fein are all sitting down happily together at a table discussing handovers of police and courts.

So I could have gone off and read up on it, but thought the international forum could benefit from something other than US politics. Any thoughts ?

NI (and particularly Belfast) is more polarized than ever before. But at least they are not killing each other. If you are a nationalist/Catholic tourist and you turn left instead of right and end up in Tigers Bay or Shankill, you will probably make it out of there unscathed.

Where before the marches and drum beating would be found exclusively on the orange side of the fence, the Catholics/nationalists are starting this tradition of marching and drum beating, with the emphasis on the colour green

Maybe there is some security in the fact that the IRA chief, Martin McG is No. 2, and the bigot who created the conditions for the troubles to be drawn out for over 30 years, the Rev Ian Paisley is at the helm, are calling the shots. Supposedly on a personal level they get on well together, outside of the constant smiling and laughing for the cameras. Both McGuiness and Paisley are against alcohol, devote to their faiths and regularly go to church (different churches though).

Paisley is retiring soon, don’t know who will succeed him, but will probably have to be another hard core unionist

Irrespective of who is in power or whatever alliances/coalitions they choose or must make, it would be pretty difficult for it to slide back to what it was. With the investment (even the Irish “national” airline is setting up shop there), resultant job opportunities and various legal and civil instiutions, normality exists in many aspects of life.

Not handing over policing and the courts and the like may result in a threat, but will probably more result in a compromise, as seems to have happened with all past (for the last 10 years at least) ultimatums and threats coming fromm all sides

All meaningful issues such as the health service, roads, schooling, and rubbish collection are on indefinite hold whilst the politicians who have kept the place fucked for thirty years decide who will get top billing in “Northern Ireland - The Sequel”. The best thing that can happen is that the shower of scumbags that passes for “leaders” in Norn Iron/Deh Nort do absolutely nothing whatsoever and the rest of us just get on with smuggling, tax evasion, petty provincial corruption, and boozing ourselves into an early grave. Mind you it’s all highly amusing, now that the lunatics are running the asylum. I thought the picture of The Chuckle Brothers sitting together on The Big Red Ikea Sofa was one of the funniest things I have ever seen!

I heard a rather interesting commentary from the journalist Eamonn McCann on Paisley, McGuiness and cohorts. Seems 30 years of violence and murder served them pretty well. They have given notoriety, are being portrayed as men of peace, have been given loads of money (donations), and most of all have been given control of Northern Ireland.

People on both sides of the divide, who were told by these two leaders and cohorts that they must sacrifice for their survival; and who for years struggled, suffered, died and killed for this, have now been granted the great benefit/opportunity of not being shot dead or been blown up, as a result of the great work and brinkmanship of the Chuckle brothers. Could these people not be forgiven for thinking that the Chuckle brothers and the like created this whole problem, so only they could solve it and reap the benefits? 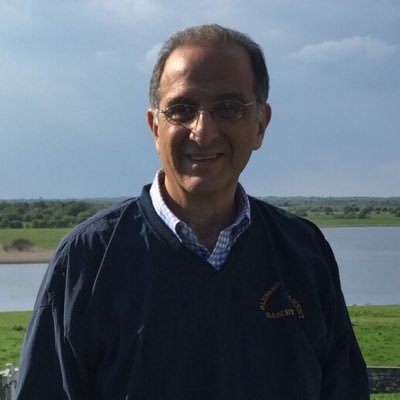 @jjz1600
.@sinnfeinireland⁩ won Northern Ireland’s parliamentary elections & is poised to lead the next government. That’s great news for those who long for a unified Ireland. It’s also good news for Palestinians. Look at the Palestinian flag on the Twitter of Sinn Fein’s party leader! https://t.co/Xo542Vafup 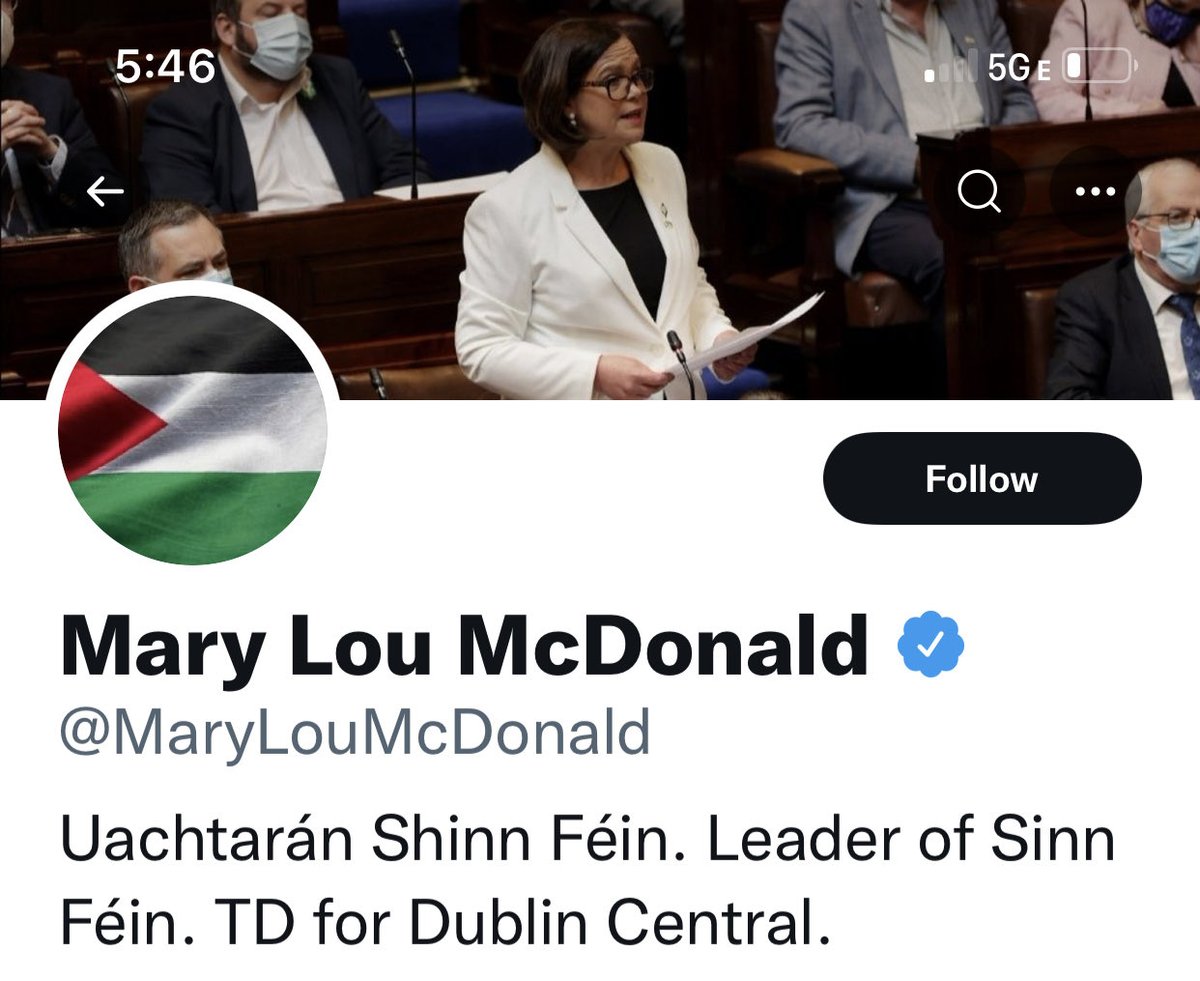 SF doesn’t want control from the Brits (can’t blame them for that), but loves the EU.
I can remember when they were not for the EU. Seems the ‘gifts’ over the years have changed that.

I don’t understand how this is good for Palestinians.