Taipei Sheraton cans Marriott over its groveling to China

Very interesting. I think an important thing for me here is that Marriot is now part of Starwood SPG which means I can stay and use my points there.

And the other SPG hotels like Hyatt, Le Meridien and W Hotel are going to be get slapped by China. Managed by RSL group Taiwan n family. Not going to be pretty.

I feel like complaining to home company for this one little Taiwan hotel possibly upsetting my SPG points and benefits.

Meanwhile, the Westin is closing so that’s no longer an option. 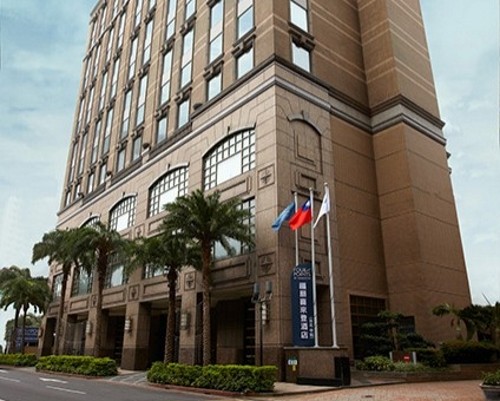 Hogwash! They had low occupancy for years and were looking for a way to get out of their long-term contract with the brand.

I have stayed there and its was a good Hotel but quiet and miles from Taipei centre.Probably correct assumption RTC

I stayed there for one night late in December a few years ago when I realized that I hadn’t any Sheraton nights that year and was going to lose my points cache. Called in advance to make sure they had indoor motorcycle parking and was assured, as a “paying” guest, I could use the underground car park the same as every other guest. Arrived and the first experience was an argument with the big p&^% in charge of the car park, had to call their front desk as he refused to do so and have a manager come down and tell him I could park there. Room was overlooking multiple layers of expressway so more than a little noisy, apparently nothing else available. It was f&^%#@ freezing in the room it being the end of December and they had no heaters available. Stuck it out until 3am when I was awoken by someone ripping up and down the expressway with a modified exhaust, shivered my way to the conclusion that I would be far better off at home so checked out and slept there instead!

It’s hands down the worst Four Points I have ever stayed in and more on the standard of a local mid to low range hotel. I’m just surprised they held onto the Four Points badge as long as they have! Sensing they’re using this as an opportunity to gain a little face by leaving instead of being chucked out.

It was some time ago , we had a room at the back , which was ok and parking for the car . In a weird coincidence , it was a night I met up with Super S 54 and had a meal at the Mayan

There must be more than one SuperS54 then, I’ve never met you in person nor been to the Mayan!

here must be more than one SuperS54 then, I’ve never met you in person nor been to the Mayan!

Every time I drive by, I just think that’s one Sheraton where I don’t want to stay.