Terrible to say, but in the end taiwan needs a real fucking commitment BEFORE selling out its only “chip”

You’re probably right. I know a lot of people in the US who say things like “isn’t it like some small part of China or something that makes all the semiconductor chips in the world?” To which I say “Taiwan and Korea, not China”. To which someone else butts in to say “yeah but they’re opening a factory in Phoenix now so it shouldn’t be much of a problem.” Screwed, Taiwan is. On the other hand, the globe “needs” more semiconductors, with the way things are manufactured. At the same time, morons for not using that as a bargaining “chip”

If the US, Canada, Uk ,EU, New Zealand, Australia etc etc actually gave even half a fuck about human rights, equality, peace, and all that then sure, open up TSMC there. As of yet, not one of these “developed” countries has stood up for anything meaningful at all. ever. Like literally not one has done ONE thing to recognize taiwan, nevermind back it. Even Biden says he will, then immediately the puppetmaster takes it back. China, and the world are only laughing. So its a dumb move on taiwans part to not see the writing on the wall. Or perhaps they see so mich writing we dont see and they are simply traitors and selfish. Either way, poor leadership…

I thought taiwan was smarter, but it seems more likely that individuals are planning their escape route plan B. Would love to be wrong, but not much seems to point otherwise

but it seems more likely that individuals are planning their escape route plan B.

Like all the top leaders in Afghanistan, who bought up properties in major cities across the globe and dashed off to live in luxury elsewhere while the Taliban took over? Kind of the reason money and power should never be in the hands of the few… 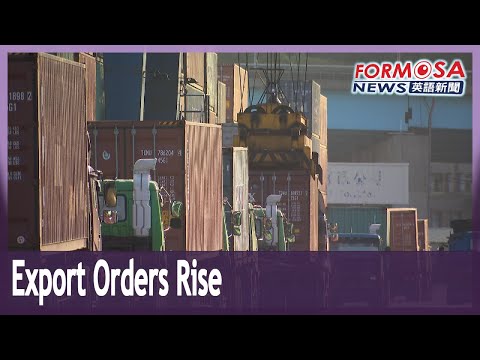 Export orders set another record in May and are expeted to break records again in June. Yet growth predictions have been adjusted down to 3.7%.

Something else has got to give.

Help me understand. Taiwanese companies who build and ship out of China et al are included in the export numbers?

I’m doing my part. I just bought a new kymko scooter. It’s a nice one. Taiwan setting up chip shops internationlly is likely the dumbest move we have seen since not making nukes. Terrible to say, but in the end taiwan needs a real fucking commitment BEFORE selling out its only “chip”

I don’t think you can sell out chip industry. It takes talent

4 posts were split to a new topic: Buzi 布子 Cafe

Do you see any form of support for taiwan from US, India,

I do not see much support or investment from India, not much things from India here in Taiwan unless you see something?

why disappointed? I think electric cars and scooters are pretty rotten. Taiwan has a ton of problems with electricity. I’m pretty sure my scooter is better for the environment than are any electric car or scooter out there.

cool, big bike ! You can go 100 (outside the city), mine not sure it can go 70 haha. I good for Kao City (I guess its made here and top end bike I guess more expensive than most)

It’s this one. Yes, as far as I know it’s made in Taiwan

It’s this one. Yes, as far as I know it’s made in Taiwan

Cool video on the link(wonder where is it), you will have get out of the city and get more than 100km on it.

Well come on and let’s go for a ride up the mountain. Send me a message.

whats the price on that model?