Qigu Science and Industry Zone will increase the actual development of 29 billion yuan in output value and nearly 10,000 job opportunities.

Developed 141.34 hectares of Chigu Technology Industrial Zone within the scope of Taisu’s Sangu Farm, planning to introduce low-pollution, low-energy-consumption green energy industries, Nanke midstream and downstream supporting industries and local characteristic industries. It is expected to formally enter the actual development in the second half of the year, and 127 companies can be introduced. Manufacturers, create 29 billion output value, and increase 9,540 job opportunities.

Stimulated by the continuous return of Taiwanese businessmen to set up factories, Tainan City’s industrial land has fallen short of market demand in recent years. To meet the needs of the return of Taiwanese businessmen and the expansion of industrial sites by local companies, the Tainan City Government chose to develop seven shares within the scope of the Sangu Farm of Taiwan Sugar. The science and technology industrial zone plans to introduce low-pollution, low-energy-consumption green energy industries, Nanke midstream and downstream supporting industries, and local characteristic industries. It is expected to formally enter the actual development in the second half of the year. It can introduce 127 manufacturers, create 29 billion output value, and increase 9,540 Job opportunities.

The total area of the Chigu Technology Industrial Zone is 141.34 hectares. The former Taiwan Sugar Railway will be retained during development and integrated into the park and green space planning to preserve the characteristics of the local industry. After the development is completed, in addition to the establishment of 63.85 hectares of public facilities, 77.49 will be provided. Hectares of land are available for manufacturers to set up factories. It is hoped to serve as a supporting industrial base for the middle and lower reaches of Nanke, and to take into account the development of special industries such as agriculture, fishery and food manufacturing in the Qigu area.

In addition, the Municipal Economic Development Bureau will also control and assist manufacturers in the administrative review work related to the establishment of factories, provide financing projects and hold briefings, etc., so as to promote the stationed manufacturers to complete the construction and operation of the factory on schedule.

Chen Kailing, Director of Economic Development of the Nanshi Municipal Government, explained that all operations in the development case of the Qigu Science and Industry Zone are being actively processed. It can introduce 127 manufacturers, create 29 billion output value and 9,540 job opportunities, drive the development of the surrounding economy, accelerate the development and activation of the Xibei Industrial Zone, build a complete agricultural production and sales, and promote the transformation of rural areas and the return of population, and the integrated industrial space development of Tainan City Layout, solve the shortage of industrial land in coastal areas, and provide local job opportunities are of great help.
https://www.skyscrapercity.com/threads/taiwan-news-and-developments.2319831/post-174973399

Nanke F and G districts plan to implement the expropriation section to increase 193,600 square meters of residential and commercial land.

The Tainan City Government gave priority to the development of the F and G districts next to Nanke, and through the change of the urban plan last week, it will introduce 15,000 people, and the original agricultural area will be developed using the section expropriation model, which can increase approximately 193,600 square meters of residential and commercial land. , To meet the basic living functions around Nanke.
https://www.skyscrapercity.com/threads/taiwan-news-and-developments.2319831/post-174963919

It will spend 11 billion yuan to build a “5G AIoT Innovation Park” in Asia’s New Bay Area. Together with the light rail construction and the MRT Yellow Line project, housing prices will support strong momentum, and the housing circle will follow the rail network and spread to the hot spots along the route. Station area.

In line with the “Great Southern Project” actively promoted by the central government, it will promote the development of the technology industry in southern Taiwan and help the housing market. It will spend 11 billion yuan to build a “5G AIoT Innovation Park” in the New Bay Area of Asia, plus light rail construction and MRT yellow According to the line plan, under the joint construction of the central and local governments in the Yawan District, housing prices have strong momentum, and the housing purchase circle has also spread to popular stations along the line along the rail network.

South Kaohsiung Yawan District successively established the 5G AIoT International Alliance and 5G Smart City Platform last year. The government is optimistic about the development prospects of the Yawan District and officially announced at the end of February this year that it will invest 11 billion yuan to build the most intelligent 5G AIoT Innovation Park in Taiwan. "In the third quarter, it began to attract investment successively. It plans to start plant construction next year, and it is expected to be completed in 2025.

At the same time, through the construction of light rail and the MRT yellow line project, the C6 station and Y13 station area will be set up in Yawan District, and the new existing buildings next to the popular station area and planned station area will be improved. For example, the light rail station C1 Liangfu built a new housing project in the “Heart Bay LRT” light luxury building next to the district. It has the advantages of light rail, landscape and school district, and its performance in house viewing and dissemination is quite outstanding.

“Xinwan LRT” project manager Su Shaoyu analyzed that the Yawan District is a rare central and local joint investment center, and housing prices have strong momentum to support the market. From the buying perspective, in recent years, the products of Zhongda Pingshu, which are dominated by medium and high-asset customers and have landscape advantages, are the most popular. At present, construction companies in the north have joined the market competition, taking Beike to buy products in the south, and the small and medium-sized Pingshu market. Start heating.

In addition, the Kaohsiung Metropolitan New VIPs, Catholics, and white-collar office workers have a high acceptance of taking MRT and light rail. In the New Bay Area of South Kaohsiung, from Lizai to the Kaohsiung Exhibition Hall and Kaohsiung Soft Science Park, take the light rail. Or take the MRT from the C3 and R6 transfer stations to the Sanduo department store business district, which is quite convenient. There are more job opportunities in Yawan District. It is expected that the housing shopping circle will expand to the station areas along the line along with the rail network.
https://www.skyscrapercity.com/threads/taiwan-news-and-developments.2319831/post-174963902

[Taichung Bank Headquarters | 225m | 38th Floor | Under Construction]
Due to the special construction method of the building structure, the height of the steel frame is about 10 to 12F. It is expected to be completed and commissioned in 2023.

[Investment amounted to 22 billion yuan, Tucheng Jincheng Machinery Factory Joint Development Project]
#捷运万大线 is connected to multiple administrative districts of New Taipei City and Taipei City. It is divided into two phases. The first phase of the Wanda Line is from Chiang Kai-shek Memorial Hall Station to Tucheng# Jincheng Machine Factory. The total length is about 9.5 kilometers. It is constructed underground. , A total of 9 stations, the current progress is 55.82%. Among them, the Jincheng Machinery Factory, with a base area of ​​11.82 hectares, is located at the junction of Banqiao, Zhonghe and Tucheng. In the future, 87,000 square meters of collective housing and commercial offices will be built above the area. The estimated investment amount will reach 22 billion, which exceeds that of Xindian MRT Meihe City. The 19.64 billion yuan in the Liankai case. The Jincheng Machinery Factory base includes a machine factory and an underground station LG08A Juguang Station. The machine factory is equipped with a vehicle storage plant, management center, substation, and sewage treatment plant. , Maintenance, testing and management functions, it is also the only machine factory.
A collective housing and commercial office will also be built above the Jincheng Machine Factory. On the north side of the plan, there are two 11-storey commercial and office buildings and four 28-33-storey residential buildings near Juguang Road; on the south, there are four 30-36 storey buildings near Jincheng Road. The total development scale is about 87,627 square meters, and the estimated investment amount is 22 billion. On the side of Linjuguang Road, there will be a two-level underground Juguang Station, and two entrances and exits and two ventilation shafts will be set up.

I can see several towers under construction from my place, near the main station, and I notice I barely see any work going on. The crane changes position from day to day so I know there’s something going on but I can see into the buildings and never see any people or anything. Back in Texas there was construction everywhere and it was always bustling night and day. What gives? 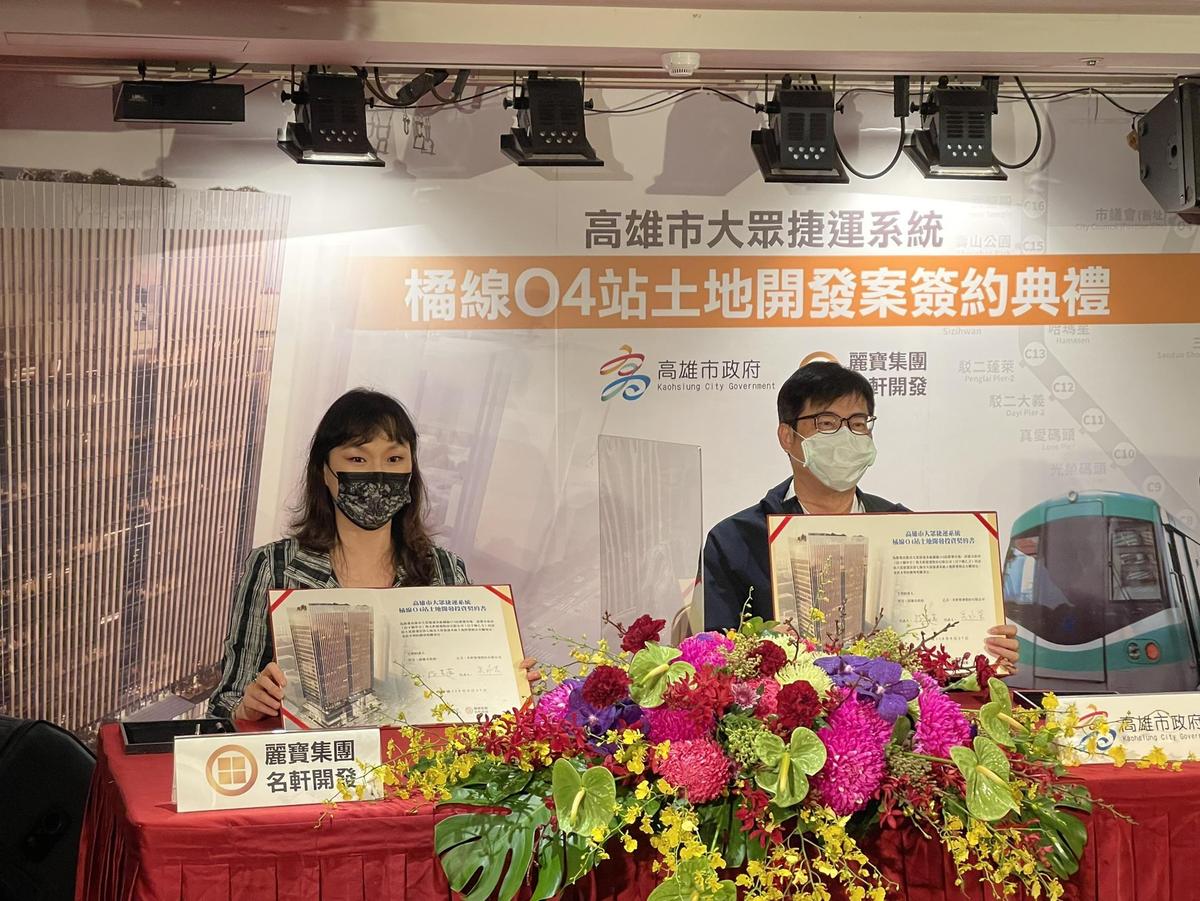 What a collection of buildings to put people to sleep…zzzzz.