I liked Help Me Eros.

Strong motivator for travelling to Taiwan.

Taipei, Jan. 5 (CNA) A new HBO Asia romantic comedy series of love stories surrounding a ring meant for a marriage proposal but lost on the Taipei Metro was shot with the aim of targeting a wider audience across Asia, its producer told CNA in a...

Rebels of the Neon God

About a few wayward youth in Taipei in 1990s. Nothing special about the movie but can see some of the city and lifestyle for the time.

Taipei when everything was old, city was going through renovations, and streets were dirty. Taipei has changed a lot.

Rebels of the Neon God

About a few wayward youth in Taipei in 1990s. Nothing special about the movie

Is it your personal mission to watch all the classic films from the Taiwan New Wave and after—and then to simply say that there is “nothing special” about them?

Taiwan New Wave and after—and then to simply say that there is “nothing special” about them?

I’m just kind of surprised I’m (edit to add>) not finding a lot of good Taiwan movies that are supposed to be good.

Maybe a lot of them are good in the moment

A lot of Tsai Ming-liang’s work messes with audience expectation—about plot, about pace. Remember he is messing with you!

Love his later stuff though. The tenderness of Good Bye Dragon Inn and I Don’t Want to Sleep Alone (the only time he has filmed in his native Malaysia) are wonderful. And what’s the film about those luxury flat advertising signs and the poor people standing there holding them in the rain? Stray Dogs. A savage indictment of some of the most terrible aspects of Taiwan society. It’s great stuff! Tsai is a truth teller for our times.

I’m just kind of surprised I’m finding a lot of good Taiwan movies that are supposed to be good.

Maybe a lot of them are good in the moment

Is that first sentence missing a negative somewhere?

There does come a point when, after disliking a bunch of films in a category, it’s totally fine to decide that category isn’t for you.

This one I am watching and it is pretty entertaining. The characters are a bit predictable but interestingly the plot so far has been solid. And it keeps you wondering what will happen next.

Chris is a cutie but he is getting boxed into weird characters.

I saw it and thought it was really good. The beginning was a bit shaky but it eased into it as it went on, and it was actually really funny (when it wanted to be).

It made the Oscars shortlist a few weeks ago, hope it gets nominated.

The English title is more meaningful than the Chinese, as “sun” and “son” are homophones, and we know how the father felt about his two sons. When the film took best picture award at the Golden Horse last year, the director walked up to Ang Lee and gave him a hug. It was quite moving.

Grand Jury Prize, Audience Award for narrative features and the best actor award. Have not watched it yet. 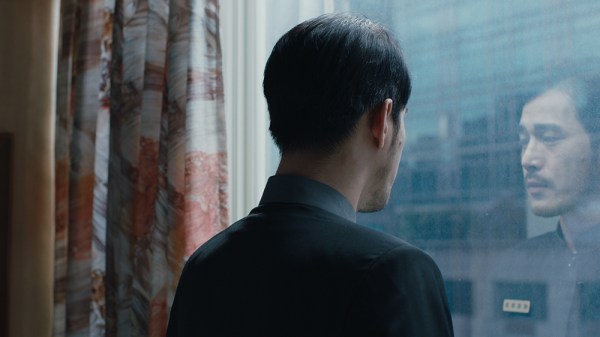 The Slamdance Film Festival unveiled winners for its 27th edition Thursday, with the compact drama Taipei Suicide Story directed by KEFF taking both the Grand Jury Prize and Audience Award for narr…

Directed by KEFF. With Vivian Sung, Tender Huang, Chin-Yu Pan, Ming-shiou Tsai. A receptionist at a suicide hotel in Taipei, Taiwan forms a fleeting friendship over the course of one night with a guest who can't decide if she wants to live or die.

Summary of some of Director Hou Hsiao-Hsien films and some Taiwan cinema history.

“Creativity, artistic quality, and cultural self-awareness,” were the cornerstones of the 1987 New Cinema manifesto, signed by around 60 Taiwan filmmakers including Hou. And though his manifestation of those values through tranquil films about adolescence, political tension and the transformation of society would be maligned as self-indulgent by native critics by the late 80s, his reputation abroad has rarely faltered.

A Guide to Hou Hsiao-Hsien, the Most Cherished Auteur of Taiwanese Cinema