However, the fatality rate is too low to make any significant difference.

Yeah following the Cuomo plan only worked at the beginning.

However, the fatality rate is too low to make any significant difference.

Yeah following the Cuomo plan only worked at the beginning.

That was a fair few strains ago. Winnie could probably have one of the earlier strains knocked up.

Could combine several strains and make it a reunion.

Social media users have claimed that researchers at Boston University created a new strain of COVID-19 (Omi-S) that can kill 80% of people it infects. While the researchers said in a preprint study that they created a virus combining the spike...

the study was conducted in mice only, and cannot be generalized to humans, experts said.

ohhhhhhhhhh so I guess that’s alright then. Lucky we have fact-checkers to set our minds at rest.

I wonder if they’ll feel the need to apologise if that one escapes and it turns out to have the same effect on humans.

Reuters, incidentally, should have ordered their sackcloth-and-ashes getup from Amazon by now. But no, they’re still at it, with zero sign of repentance or even switching off the bullshit tap.

Doesn’t kill the mice…see it is safe, release the vaccine.

Kills the mice……mice are not people. If some people want “amnesty,” then part of that is surely some acknowledgement they were wrong and/or lied. Not seeing much of that at this point.

Nah they are just using the gaslighting method now. We never said that (insert statement that was said multiple times during the pandemic) and/or just straight not talking about it anymore hoping people will either forget or move on.

There’s that, but I don’t think they are not asking for amnesty, they are granting themselves amnesty, “mistakes were made, move along”. They don’t actually care what the people they threatened, maligned and bullied think.

Well hey, they got their way by bullying so it was a success. Hashtag sorry not sorry

I’d never believe it unless I witnessed it. Drug companies hand in hand with the government forcing a new drug on people on threat of their livelihoods, shaming people, whipping up fear, backed up by the courts and billions of enthusiastic public that wanted to see the unvaxxed get theirs.

Since this is the only covid thread in International Politics. 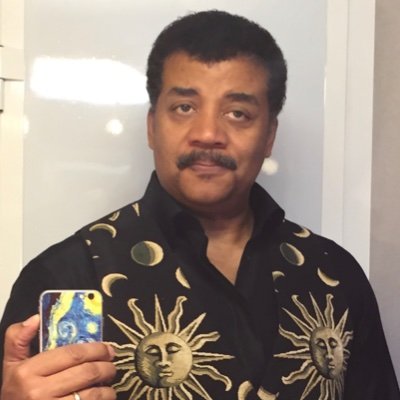 @neiltyson
Vaccine hesitancy, which was much higher among Republican voters than Democrats during COVID, led to disproportionate deaths among conservatives, and may have cost them the mid-term elections in close races. politicalwire.com/2022/11/14/cov… https://t.co/AjMJDilvQu

Vaccine hesitancy, which was much higher among Republican voters than Democrats during COVID, led to disproportionate deaths among conservatives, and may have cost them the mid-term elections in close races.

If it were actually true, there are a whole bunch of more likely reasons why Republican voters might have had “disproportionate [COVID] deaths” relative to Democrats (and there’s nothing in the linked page to suggest that they did). The hypothesis is implausible on the face of it, simply because (a) the vaccines have been shown not to work and (b) virtually nobody is at mortal risk from COVID. There could, perhaps, be a socioeconomic explanation, and you could check that by looking at background death rates sorted by political affiliation. Unfortunately it’s a bit hard to analyze the possibilities, because the US COVID data, as in most countries, is almost entirely shite with a few nuggets of information floating in it.

And it’s perhaps also worth pointing out - again - that the “warp speed” vaccine initiative was driven by the Trump administration, and the vaccine rollout commenced under his watch. Since we’re in the amnesty thread, do you think Trump should apologise for creating the vaccine debacle?

They are calling for an amnesty, as it is preferable to accountability.