Recently the wife and I have been hitting the local estate sales in upstate and western NY. I suppose there’s a good stuff to be had, as the plague has kept most of the in-person action to a minimum. The resell market is crazy effective here as well. Case in point, I just sold my 4 year old Eskimo ice fishing gear So here’s a couple of recent finds that pleased me. And some things I didn’t get but maybe should have:
Drunken Indian liquor bottle, from Japan, mid 70s maybe. I didn’t buy this and saw the woman who did. I wanted to ask her what she was going to do with it. lol And I will learn to never ever ever allow Bose speakers to slip away from me again.
This was going for $25, and I’ve seen similar ones reselling for $200. NY? New york,.or is this in taiwan? Weird finds for here

Change this to weird finds and I can play too. Would you like to see my Taiwan cop piggy bank? My ROC shield and map of China plates? My dissected India cobra in a basket?

Back at it yesterday in Saratoga, NY.
Found these: Also picked up a nice Motown compilations album…like mixes of four of five best songs by various Motown groups. I never pass by a MT slab.

Then we went further north to Whitehall, NY. Did a bit of digging on the desk and chair:

Q: I have a small wood-and-metal school desk and chair that were made to be fastened to the floor. It was made by Kenney Bros. & Wolkins Co. of Boston. What can you tell me about this company?

A: Henry S. Wolkins sold furniture and supplies to many schools in the Boston area in the late 1800s. In 1902 he merged his business with a furniture manufacturing company. The new company was called Kenney Bros. and Wolkins.

In the late 1930s, it stopped making furniture to focus on ruled paper and other school supplies, and reincorporated as the Henry S. Wolkins Co. In 1974 the company moved to Walpole, Mass., then to nearby Taunton in 2000, but it suspended business in 2008. School desk sets like yours sell for about $100.

This was back in 2009. I was going to restore it, but after seeing a few versions of people sandy badly and staining a light color, I’d rather not mess with it.

How the hell do you remove decades old tape marks without mucking up the wood?

The tape in question: Been seeing some really nice lamps in swankier houses but these two were in “normal” middle class neighborhoods.

Passed on this Mica Lamp Co lamp at $160 USD. First day of the sale so no discount. I did get a piece of vintage wood that had been drilled and used to hold five three inch candles. I did get this one though. Nearly passed as made in China. Base is heavy and the arm and cover are solid. Nice antique style filament bulb. For ten bucks, sold! I was at a barn sale on Sunday, last day on the wrong side of the Catskills at some old lady’s NYC daddy’s country house. They charged me ridiculous money for a beaten down croquette set that I want to restore. I got this book in nearly the same condition, for a dollar. 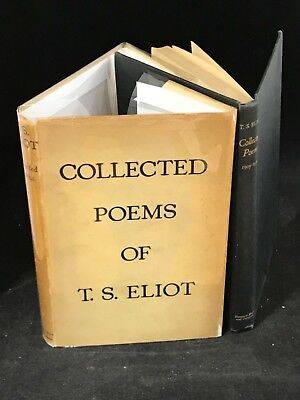 Find many great new & used options and get the best deals for 1936 Collected Poems of T.S. Eliot 1909-1935 at the best online prices at eBay! Free shipping for many products! 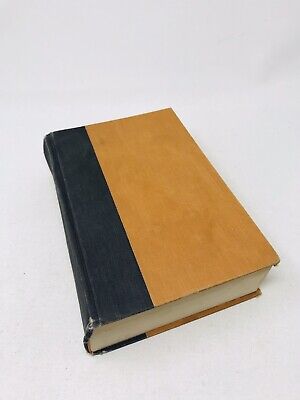 Published in 1927. Binding is loose. Pages are clean and in good condition.

Final day. $1. Really cool 1946, first published. This is a 1982 edition. Written by an eminent German in 1946, updated by legit bilingual in German and English Czech in 1970s, a guy who “Had been settled in London for decades.”