The narratives about Qanon thread

Congress should not be a haven for conspiracy theorists.

Neither should these IP threads but here we are

The future of QAnon, explained by 8 experts

I also think the QAnon epistemology — the idea that every official narrative and mainstream institution is inherently suspect, and that real knowledge is produced by like-minded strangers working together on the internet to “do their own research” — is likely to become a more or less permanent feature of American life, regardless of what happens to QAnon itself. Once you’ve started seeing the world as a massive, interconnected conspiracy orchestrated by bloodthirsty elites, it’s very hard to stop.

From now on, every time there is a natural disaster or a political protest or a Hollywood awards show, there may be millions of people squinting at their screens, looking for clues about who’s pulling the strings.

Former Moonies cult members are working with families of QAnon believers to help their loved ones get a grip on reality (yahoo.com)

Diane Benscoter can empathize with many of the QAnon believers who stormed the US Capitol on January 6.

As a former member of the Unification Church - a religious cult whose members are commonly known as “the Moonies” - Benscoter knows what it feels like to be completely fixated on a common belief.

“I know about the righteousness you feel when you believe you’re on the right side of history,” Benscoter told Insider. “And the camaraderie you feel with the community you’re a part of.”

But while she can relate to the mentality of the Capitol mob that day, Benscoter also knows what it’s like to come out on the other side.

From the fringe of the fringe to the 2020 election nonsense to the Jan. 6 Capitol violence to the center of the GOP. It’s not funny but at least Jon Stewart has some laughs while holding a serious discussion on the group.

Down the QAnon Rabbit Hole | The Problem with Jon Stewart

What do these people eat?

Fucking hell. IDK if that was fan fiction or if any of it is true, but it was hilarious. 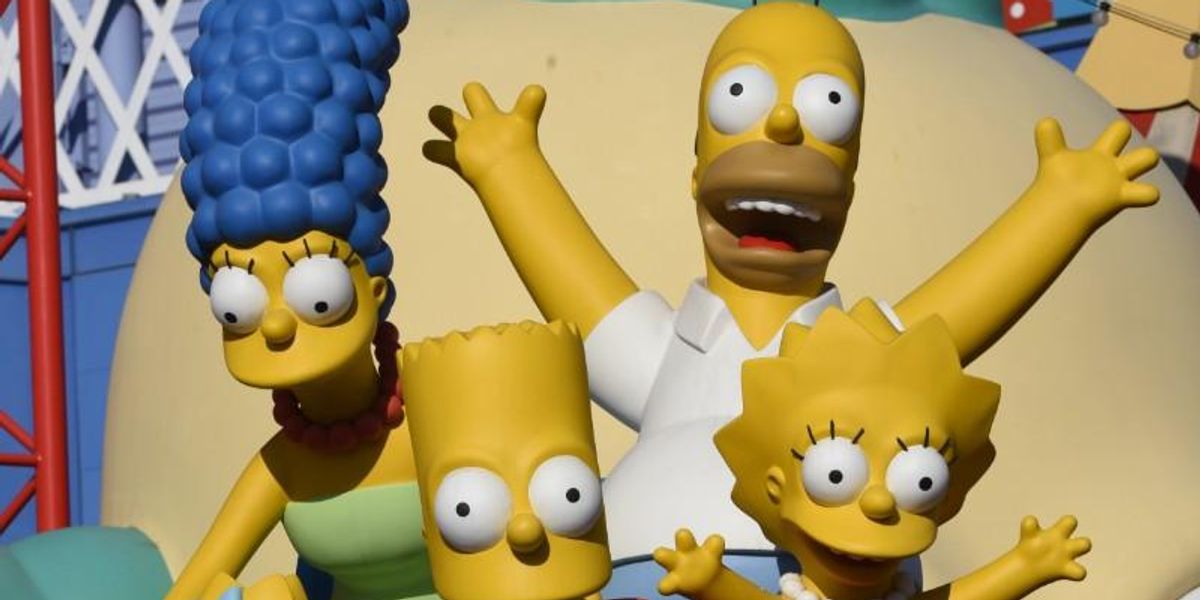 The far-right conspiracy theory that believes the world is run by a secret cabal of Satanic pedophiles is drawing attention to a 2013 episode of "The Simpsons" television show. Vice News reports it started with an online clip of German lawmaker...

Going all in. Exploiting and taking advantage for his own personal gain no matter how destructive. Not something he will be able to control in the end. 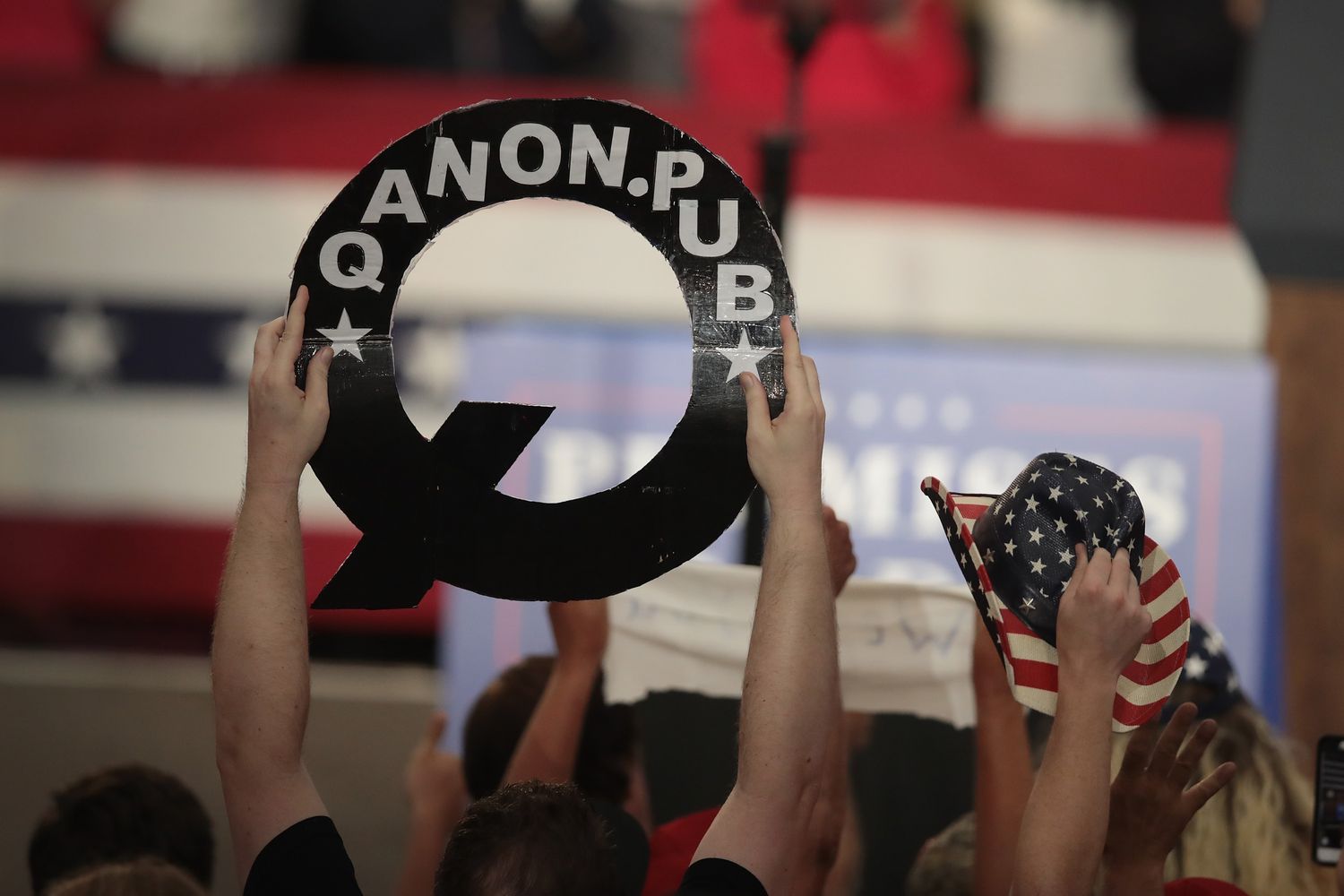 ‘Trump Is a Messianic Figure in the QAnon Calls’

Trump’s embrace of the conspiracy theory is growing stronger. An extremism expert is worried.

In the late hours of Thursday night, Donald Trump reposted a montage of himself to his Truth Social followers that was extraordinary even for him. In a flash, images appeared showcasing “military criminal justice,” a “reminder” that the real insurrection occurred when Democrats cheated in the 2020 election and a cartoonish picture of Trump in a dark alley holding a baby with the line, “You Should’ve Stayed Away From The Children.”

The highlight reel also, of course, brandished the QAnon slogans “WWG1WGA” — where we go 1, we go all — and “the storm is coming.” The former president has been channeling the conspiracy theory a lot lately. At a rally last weekend, throngs of Trump supporters held up a “1” — a common QAnon tribute — in the air when they thought the “Q” theme song was being played. Days earlier, Trump posted a picture of himself on Truth Social wearing a “Q” pin with a “Q” slogan.

“Trump already is the key figure for QAnon, and I think now he’s overtly assuming that role.”

The guy is an “extremist expert?” How do you get to be that?

Something tells me you can’t half ass your way there

Heidi Beirich : Well, what I found disheartening, but also incredible, is that Trump seems to be, in recent weeks, intentionally trying to abuse the QAnon movement and move it as close to him as he can get it. So he not only played the song. as you pointed out, but the other day he was wearing a Q lapel pin with one of their phrases on it [in a Truth Social post]. He’s been doing a lot of the equivalent of tweeting right on Truth Social to attract QAnon adherents. I should say, this isn’t totally new for Trump, but it’s more direct than it’s been in the past. So he’s played this game before, but now he’s appealing really directly and in-person to QAnon adherents.

It’s hard to take this seriously.

It’s hard to take this seriously

In the very least, she could get her Body Language Reading Certification.

Credentialism is no joke, especially when it comes to claiming “expertise” these days.