The US online censorship thread

Here’s an interesting and ominous example. The Verge “tech” blog began turning off user comments in 2015.

We're turning comments off for a bit

From the very start, community has been at the heart of The Verge — we are unique among almost every major media brand of our size in having a vocal, engaged audience that cares deeply about what...

The Verge then proceeded to get heavily into politics, making highly opinionated posts to this day, without giving readers the ability to comment directly to the article.

They claimed the comments turned off was only “temporary”.

They said “we will be turning comments back on on a post by post basis, so look for that”.

And more ominously they ended with “comments will be back. Freedom lasts forever”.

They then suggested to go to the heavily moderated forums to make posts - it’s introducing a hurdle for readers who just want to make a quick comment - but at least it’s there.

Hey, everyone! So, you probably all knew this day was coming. Our forum traffic has been dwindling, and most new posts these days are spam, so we at The Verge have decided that it's time to close...

Then they shut down the forums because it’s “not active”.

Then the chief moderator posted this:

“That said, many of our best and most interesting conversations happen in our site comments, and we hope to see you there. It’s been a blast, so here’s to everyone who participated in the fun!” The Verge, Chief Moderator

Lol, so they shut down most comment sections, tell people to use the forum, then shut down the forum and say “hey most great discussion is in the comment section anyways”. This is some 1984 stuff - can’t believe they get away with this.

2nd to final post before the forums shut down:

The Verge has turned into Slate with some tech articles sometimes, prove me...

I've been here for a long time, since nearly the beginning. It used to be there wasn't a single political article ever, all the articles were about cool tech stuff, in the last year or so all I see...

It’s not surprising they shut down the forum after embarking on heavily biased political pivot for 5 years.

Continued from above, brief timeline of sites shutting off comments sections

A Brief History of the End of the Comments

For years, comment boxes have been a staple of the online experience. Now many media companies are giving up on them.

Maybe they should bring back NNTP.

Well, no. WE should bring back NNTP.

Not only that, but the nefarious government action forbidding you to start up your own online company.

the nefarious government action forbidding you to start up your own online company.

You don’t understand, there’s no chance, it’s unfair, twitter and FB have cornered the market on websites available. The series of tubes can only fit so much.

I know, I feel like I’m living in bizarro world- lefties are asking that evil capitalist corporations be free to operate in a free market, while rightists are demanding the government intervene to control free speech.
Customers asking companies to comply with their requests, and the companies actually responding so they can make more money- the horror! 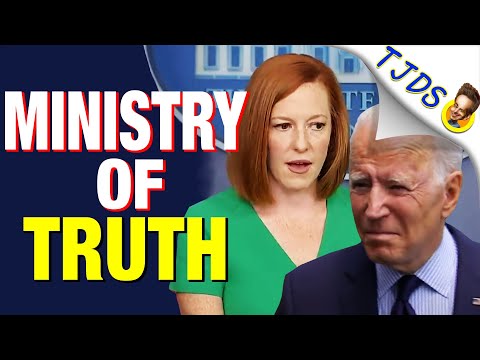 They were banning hearings from Arizona about the audits a few days ago (they don’t like people talking about that), people that want to tune in just go elsewhere, people who don’t trust CNN to tell them what to think which is just about everyone can get independent journalists opinions, it’s not quite as bad as Jimmy is making out but the administration/intelligence community/ MSM/multi national corporate influence alliance are making it embarrassingly obvious they are all in this together vs everyone else and they want to be the ones telling people what to think and what they can and can’t say.

Here’s an interesting and ominous example. The Verge

An even more hilariously “1984” one was The Internet Archive aka archive.org aka “The Wayback Machine”. Remember just after the election in 2016, when Trump had just won, and archive.org announced that it was moving all its servers to Canada because Trump was going to censor everything? The history of libraries is one of loss.  The Library of Alexandria is best known for its disappearance. Libraries like ours are susceptible to different fault lines: Earthquakes, Legal regimes, Institutional failure. So this year, we have set a...

Then archive.org began censoring certain material from its archives to remove “misinformation” – you know, “misinformation” like past comments by left-wing politicians and celebrities that showed how hypocritical the scumbags were, or “misinformation” about the Chinese coronavirus pandemic (most of which has turned out to have been correct or likely, such as the “lab leak” narrative and the “hydroxychloroquine helps keep people from dying” recommendations). 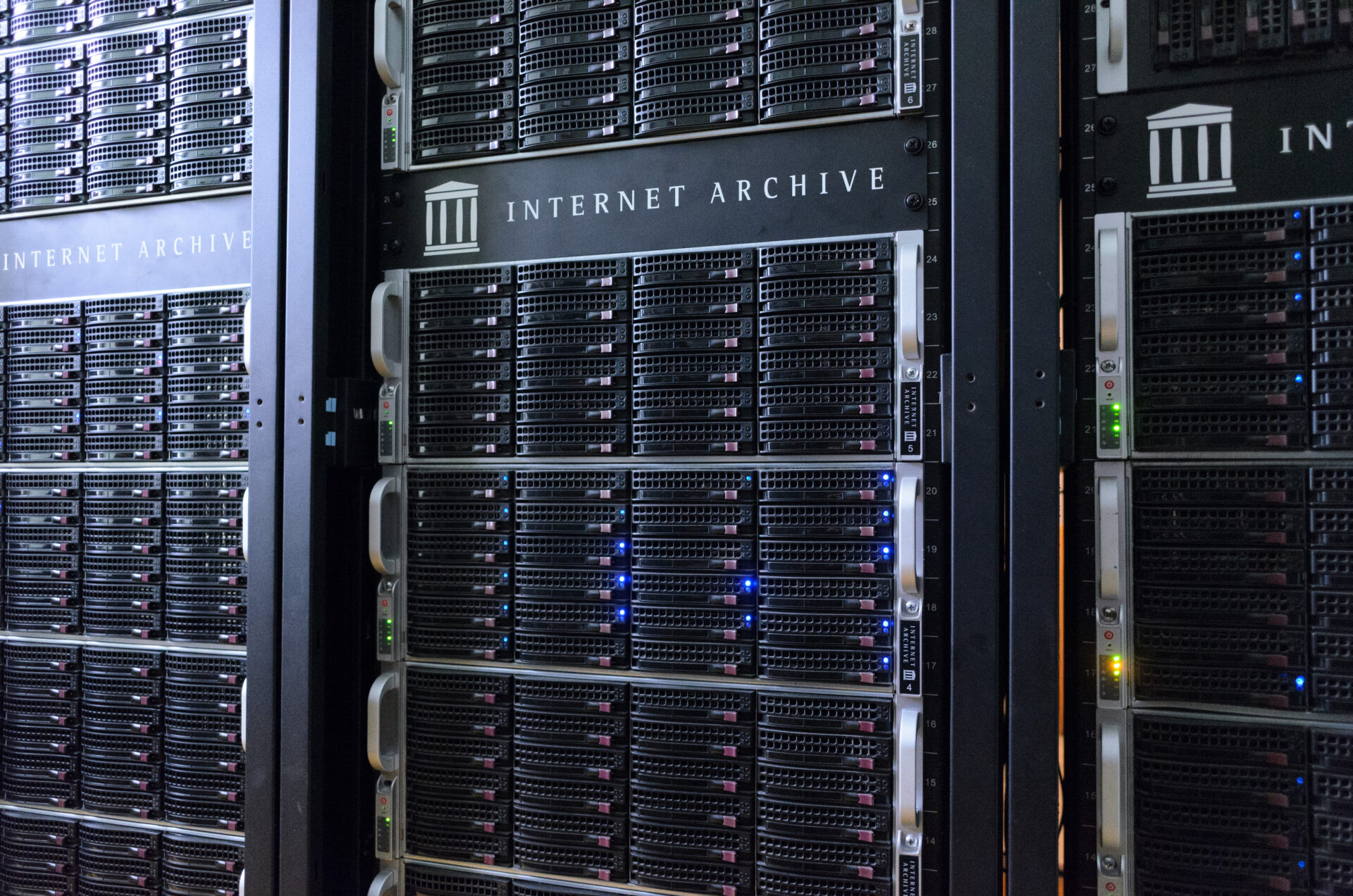 An unprecedented volume of harmful health misinformation linked to the coronavirus pandemic has led to the appearance of misinformation tactics that leverage web archives in order to evade content moderation on social media platforms. Here we present...

Thinking about this a bit today, I’m wondering if anyone knows who this so called “12 people” being referenced are and what they are actually saying? 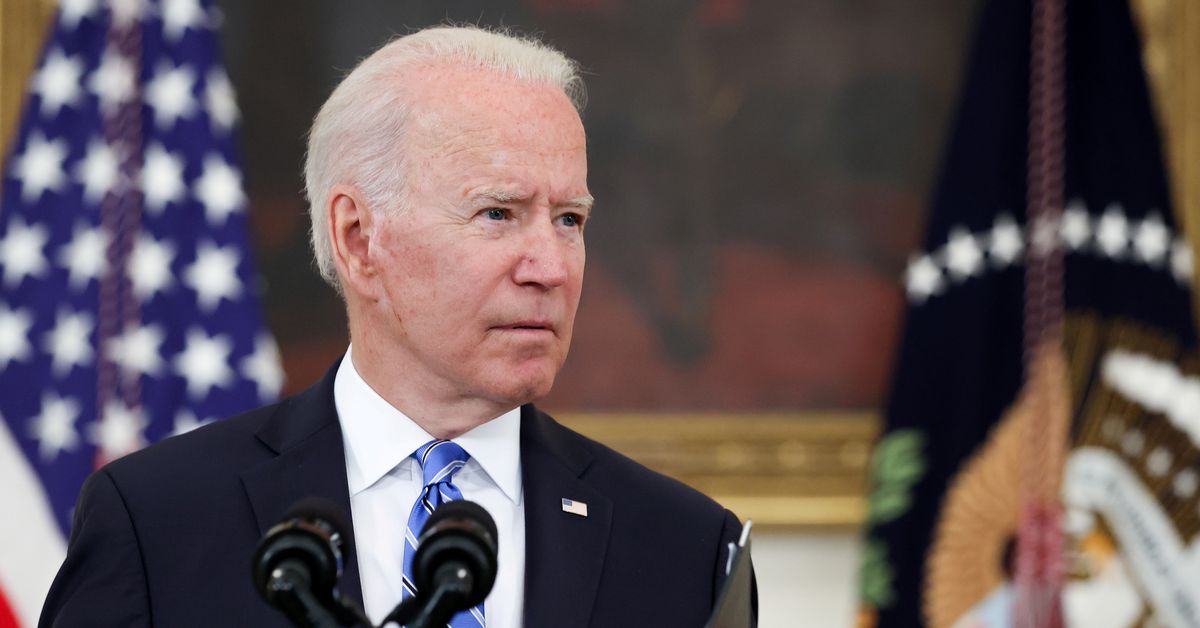 U.S. President Joe Biden took a softer tone when talking about Facebook Inc (FB.O) on Monday, after saying last week that the social media company was "killing people" by allowing the spread of misinformation about COVID-19 vaccines. 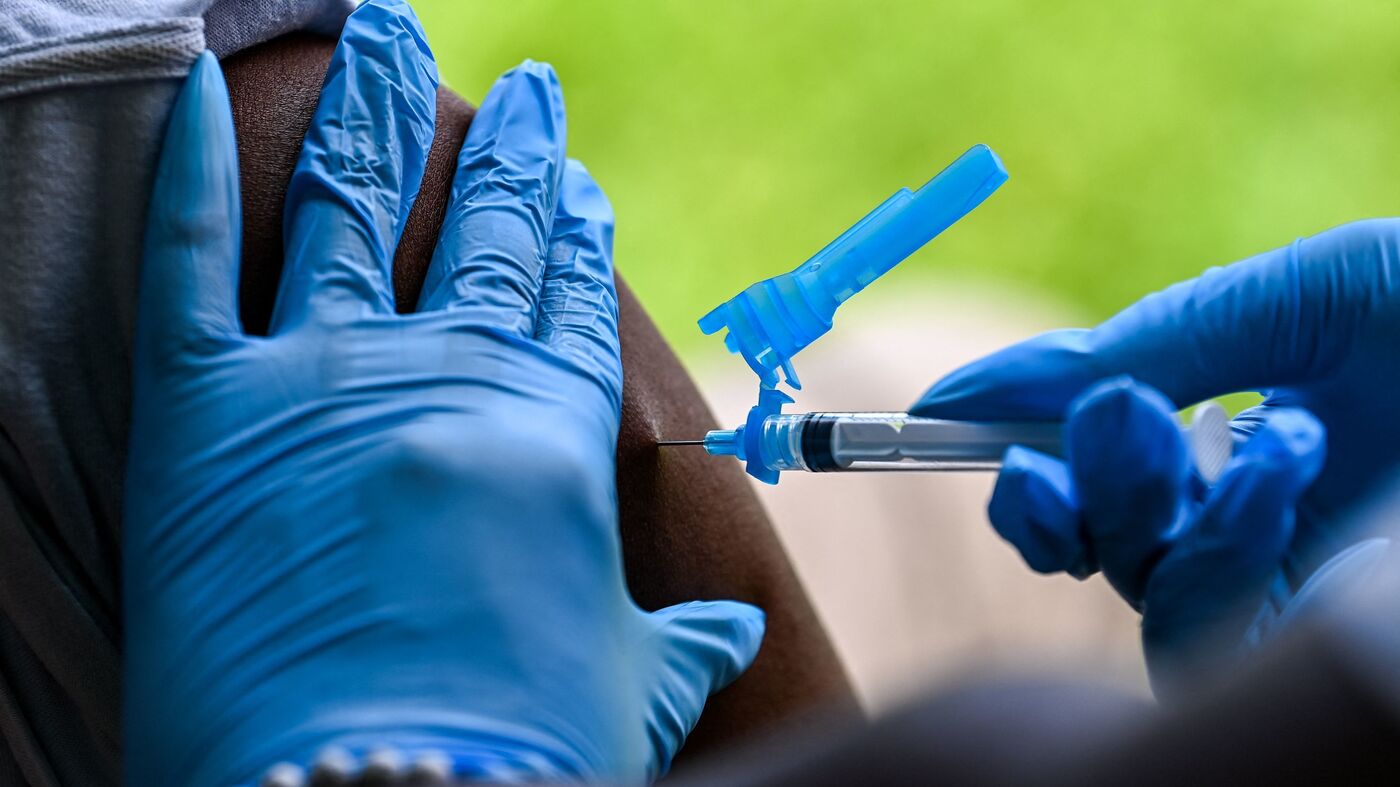 Just 12 People Are Behind Most Vaccine Hoaxes On Social Media, Research Shows

The majority of false claims about COVID-19 vaccines on social media trace back to just a handful of influential figures. So why don't the companies just shut them down?

I see one is Robert F. Kennedy Jr.

Robert F. Kennedy, Jr., does not want you to think of him as an anti-vaxxer. I have yet to meet an anti-vaxxer—someone who spreads misinformation about all vaccines being harmful—who is comfortable with the label. Kennedy is not just anti-vaccine; by...

Just want you all to know for sure that this ain’t real.

The manipulated image online uses a 2015 photo of Biden at the swearing-in ceremony of then-Defense Secretary Ash Carter at the Pentagon.

Because it’s important to ferret these things out.

Should the Biden team go back and clear this one up?

Blockquote The articles The Daily Wire publishes don’t normally include falsehoods (with some exceptions), and the site said it is committed to “truthful, accurate and ethical reporting.”

Blockquote But as Settle explains, by only covering specific stories that bolster the conservative agenda (such as negative reports about socialist countries and polarizing ones about race and sexuality issues) and only including certain facts, readers still come away from The Daily Wire’s content with the impression that Republican politicians can do little wrong and cancel culture is among the nation’s greatest threats.

Blockquote"They tend to not provide very much context for the information that they are providing," Settle said. “If you’ve stripped enough context away, any piece of truth can become a piece of misinformation.” 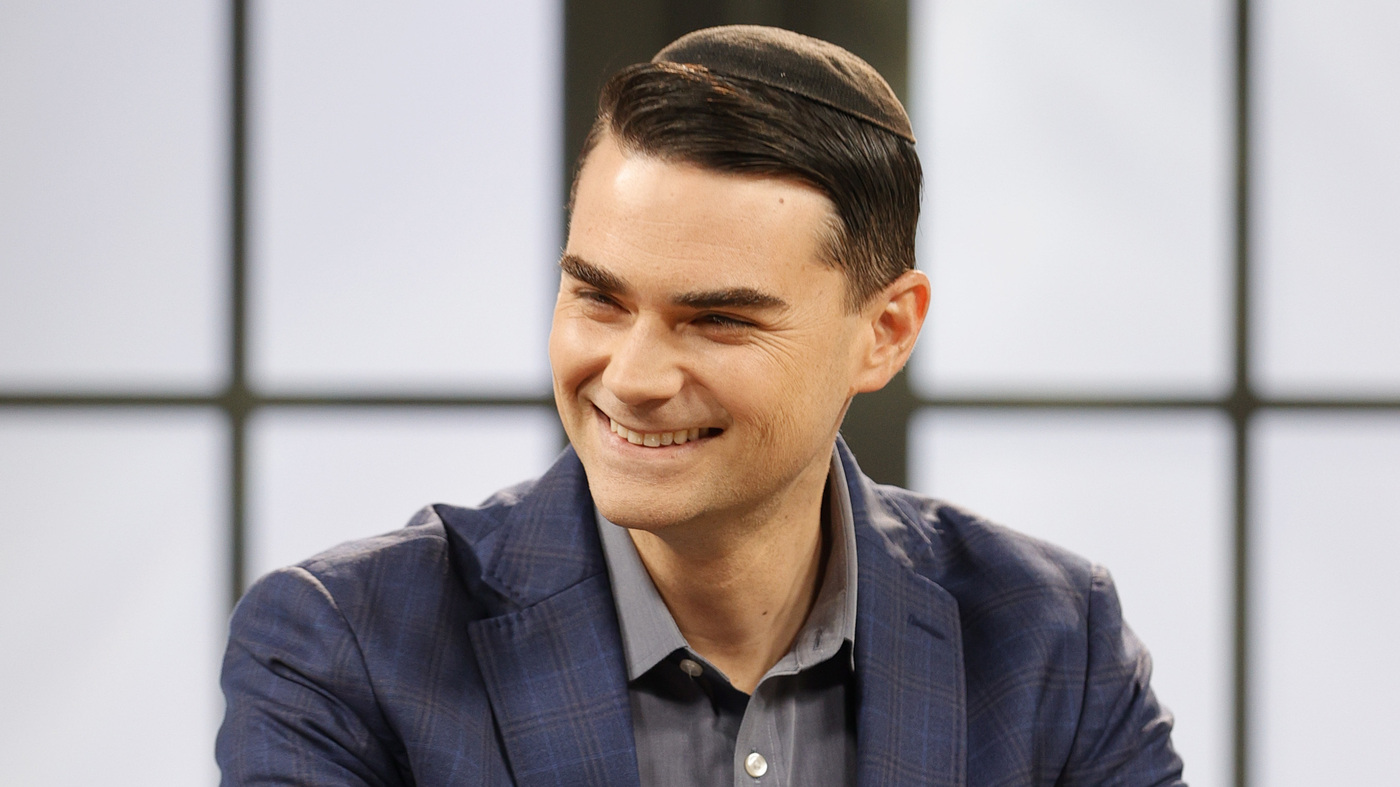 Outrage As A Business Model: How Ben Shapiro Is Using Facebook To Build An...

In May, Ben Shapiro's website The Daily Wire had more Facebook engagement on its articles than The New York Times, CNN, The Washington Post and NBC News combined.

I know that Shapiro will not be viewed sympathetically by most on this site, but to me it is very concerning that a government funded (and purportedly objective) news source is putting out hit pieces with inaccuracies and falsehoods which seemingly support the proposition that news they don’t like could be misinformation and is a harm.

Shapiro’s response seems appropriate to me:

“I enjoy the establishment media accusing Daily Wire of using outrage as a business model after spending years building their subscriptions by selling rabid, hysterical outrage over everything Trump-related,” Shapiro said in a separate Twitter post. “So much so that they’re STILL printing Trump stories for the clicks.”

Yeah I can understand people not wanting to be on the same side of the isle as Lauren Boebert, she’s batshit crazy. The good news is there is a garage sale on Republican politicians and positions within the Republican party, hopefully enough independents and sensible people from the left take the opportunity to walk into easy races to balance this thing out.

Would mean holding their noses when they want to puke, but IMO would be a good thing.

The good news is there is a garage sale on Republican politicians and positions within the Republican party, hopefully enough independents and sensible people from the left take the opportunity to walk into easy races to balance this thing out

Yeah I have a feeling it’s going to start getting pretty weird. There’s a whole lot of inertia though.

Taibbi is right in what he addresses, but I put this in the “censorship” thread instead of the “objectivity in media” one because NPR’s effort to categorize The Daily Wire as “misinformation”, particularly on Covid, where the government is now pushing censorship of misinformation. This despite the fact that (1) NPR admits that the information provided is almost always factual; and (2) NPR incorrectly reports that “ An NPR review of stories on The Daily Wire about the COVID-19 pandemic over the past two months found numerous stories about potential side effects from COVID-19 vaccines, but none that portrayed the scientifically demonstrated efficacy of the vaccines or that focused explicitly on the hesitancy that has slowed the U.S. rollout.”; Shapiro has repeatedly called the vaccines “miracles” and said that he has been vaccinated; he has repeatedly reported on the efficacy of the vaccines in relation to the Delta variant (but he does so to argue that the uptick in cases is not problematic); and he has repeatedly reported on the hesitancy of people to get the vaccination…just not in the way NPR wants.

This report is a worse type of misinformation than it claims that The Daily Wire has, and if misinformation censorship rules were fairly applied it could not even be on Facebook.

NPR’s effort to categorize The Daily Wire as “misinformation”

I don’t think they go that far. There’s one quote from an academic who maybe says so obliquely, but they also note that “The articles The Daily Wire publishes don’t normally include falsehoods (with [some exceptions]”. Mostly it seems focused on the idea that they lean very conservative.