It’s time the man got some recognition in this place. 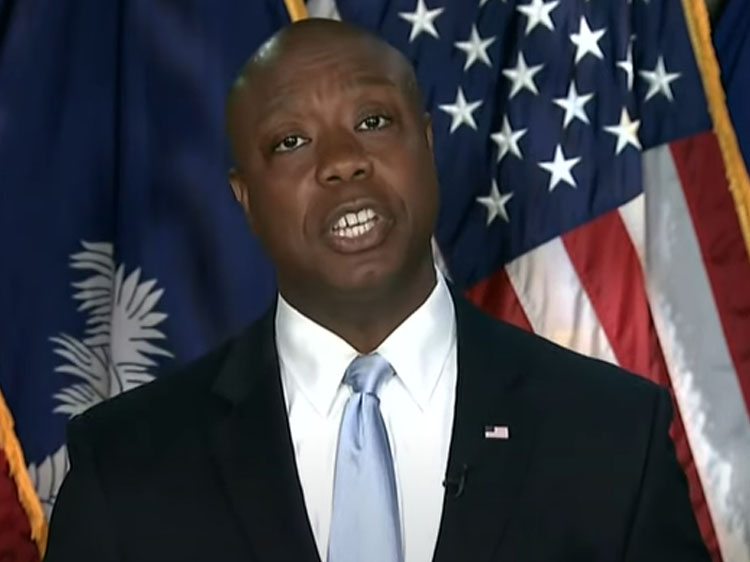 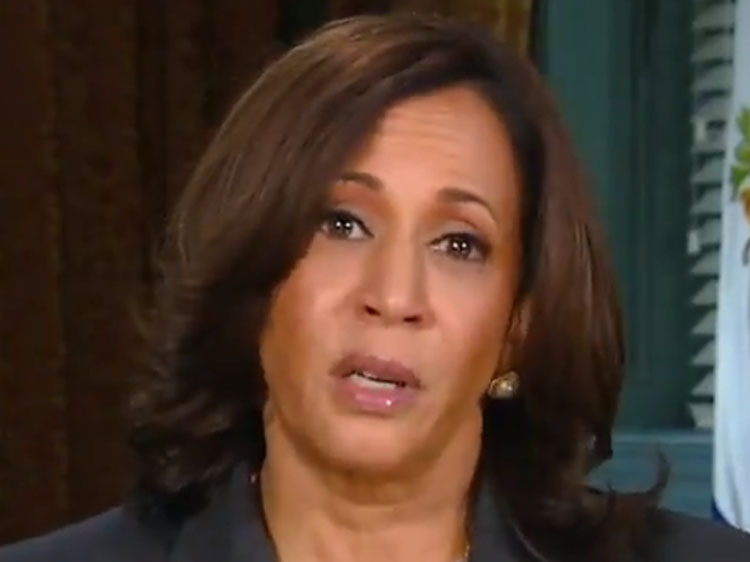 Kamala Harris: "No, I Don't Think America Is A Racist Country," But Racism...

Vice President Kamala Harris responded to GOP Sen. Tim Scott's statement that America is "not a racist country" and we can't "fight discrimination with more discrimination" during an appearance Thursday on "Good Morning America." "First of all, no,... 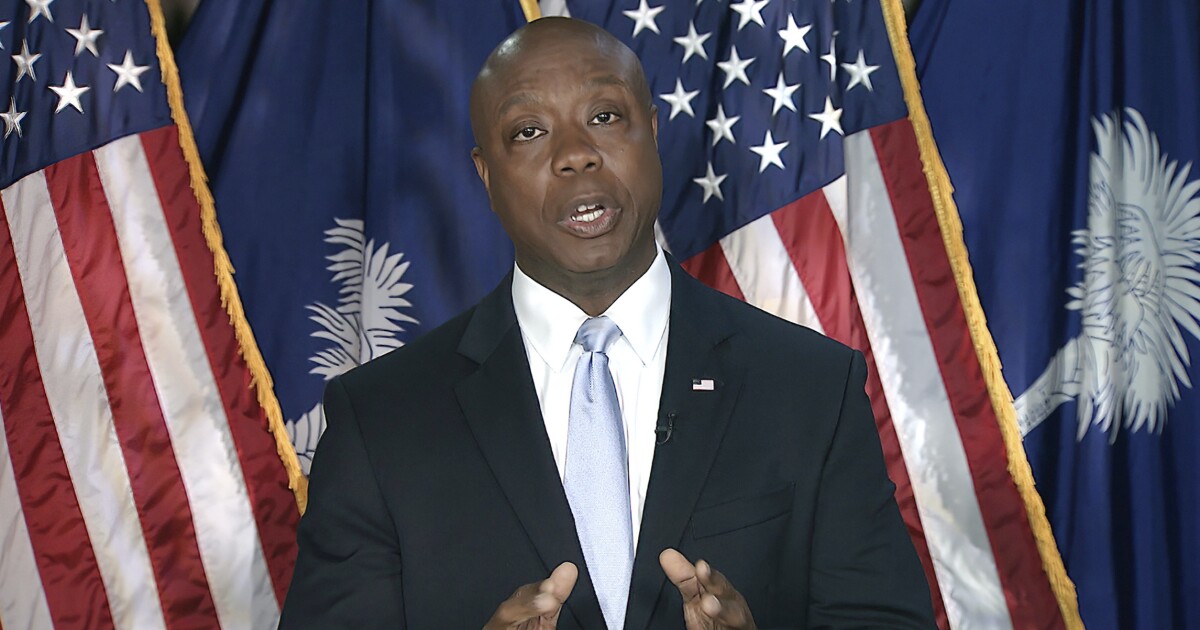 Tim Scott responds to racist attacks from the Left after Biden speech...

Republican Sen. Tim Scott slammed the Democratic Party after liberals on Twitter hurled a racial slur at him following his response to President Joe Biden’s address to Congress that trended on Twitter.

Welcome Tim!
You are brave…

And I love that Newsweek thinks “Oreo” is sometimes used as a slur against black folks. SOMETIMES?

Texas Democrat Gary O’Connor is facing calls for his resignation after referring to Republican South Carolina Rep. Tim Scott as an “Oreo.”

“I had hoped that Scott might show some common sense, but it seems clear he is little more than an oreo with no real principles,” he wrote.

The term “oreo” is sometimes used as a disparaging and offensive slur for a “Black person who is regarded as having adopted the attitudes, values, and behavior thought to be characteristic of middle-class white society, often at the expense of their own heritage,” according to Dictionary.com.

And this thread, while seemingly very important wrt social awareness and justice and racisms 'n such things, rests oddly quiet.

You forgot an ‘S’ in the meme, better proofread a bit. Surely not deliberate.

In the eyes of Scott’s Democratic critics, a black Republican is an outrageous anomaly — and fair game for racist abuse.

Senator Scott is famously deft with this sort of thing. When a nice liberal on Twitter described him as a “house nigga,” he offered a simple correction:
“Senate.”

Tim Scott is a black Republican senator, as well as a Protestant, a South Carolinian, a businessman, a former county official, a graduate of Charleston Southern University, a bachelor, and much else. But for his race-minded critics, only two of those things matter: that he is black and that he is a Republican — a combination that makes him, in their minds, an anomaly and an outrage.

Like the vandals at Lincoln Ragsdale’s house, they demand that he go back to where they have decided he belongs.

The way Republicans use the occasional black politician (or journalists, ahem) as pawns to deflect from their own core racism and failure to reach the African American community at large is really the most cynical political act there is. Reminds me of Ambrose Bierce’s Devil’s Dictionary in 1906, damn not much has changed in over 100 years. Sad.

Stop voter suppression someone might take the National Review seriously on this.

Senator Tim Scott says his Republican colleagues are willing to support his efforts to craft a compromise on police reform.

Says all the right things but still a RINO.

3 posts were split to a new topic: From Tim Scott thread

By his own admission stopped 18 times for Driving While Black, and still admires cops. 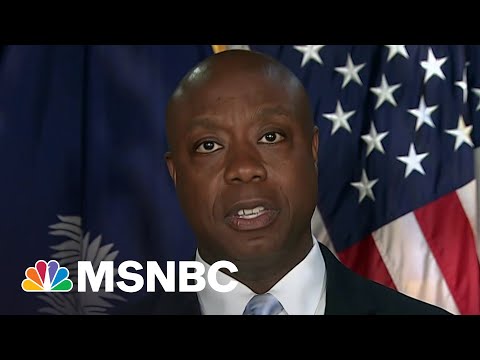 I wonder if we’ll also be seeing a snickering MSNBC piece about Biden and Harris who have said the same thing recently?

I wonder if we’ll also be seeing a snickering MSNBC piece about Biden and Harris who have said the same thing recently?

Biden and Harris have said Tim Scott is a tap-dancer or that Harriet Tubman should have left him behind? Searched for that but only came up with Tiffany Cross on MSNBC. Cites?

That America is not a racist country. Keep up!

By his own admission stopped 18 times for Driving While Black, and still admires cops.

I can’t imagine why he’d say that…or wait…yes I can. He actually stated why:

TIM SCOTT: Well, John, let me just say this. One of the reasons why I asked to lead this police reform conversation on my side of the aisle is because I have-- I personally understand the-- the pain of being stopped 18 times driving while Black. I also have seen the-- the beauty of when officers go door-to-door with me on Christmas morning delivering presents to kids in the most underserved communities.

Can somebody tell me a place or country on earth where racism has been eradicated?

MSNBC's Tiffany Cross slammed Senator Tim Scott, R-S.C., on Saturday morning's "The Cross Connection" for his GOP rebuttal to President Biden's first address to a joint session of Congress, calling him a "stone fool," and a "clown."

This is the part that bugs me. There is no wrong side of history. History is what it is. I prefer thinking about being on the right side of the present. I think Tim Scott does too. I like him and I love his message to African American and Black men in particular. You CAN succeed, You WILL succeed. 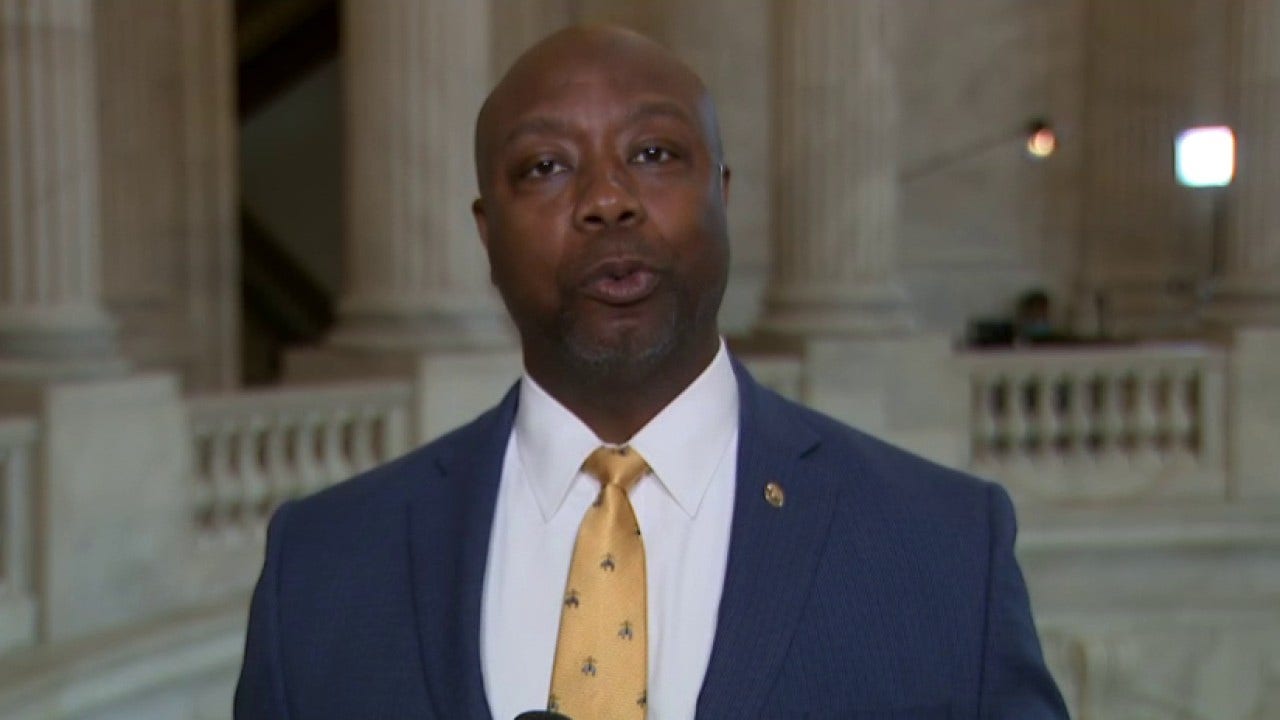 How about that. He must have been a low level guy.

Ah once again pointing out that ole Tim is a uncle.

Sen. Cory Booker (D-N.J.) and Rep. Karen Bass (D-Calif.) had been negotiating with Sen. Tim Scott (S.C.), the only Black Republican in the Senate.