Toddlers shouting in apartment hallways, is this normal behavior?

Use soapy water to ‘clean’ the floor and put a sign up ‘caution wet and slippery’. Dumb kids can’t read anyway.
They will run right into your trap. Slip and slide into the spiked pit you set up right after. /s

As difficult as screaming toddlers are to deal with, remember, they are providing a valuable service… 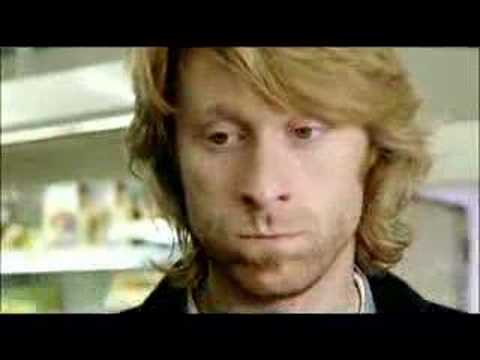 Before my wife gave birth, when she was 38 weeks pregnant and very obviously ready to burst, we took the MRT from Xinzhuang to Zhongshan, and nobody offered my wife a seat. I just stood there holding the rail talking really loudly to my wife in Chinese about how rude people are nowadays. People will pretend to be asleep when they see old or pregnant people get on the train, so it doesn’t look like they are being selfish. We were travelling at rush hour, so other passengers were likely tired, but I don’t think that’s an excuse to be fair.

Weird because I see people giving up seats to old or pregnant people all the time, or people with children.

I was the high school student. Sometimes after my marching band training I’d be so exhausted I can barely keep my eyes open on the MRT. I mean, it rocks like a baby cradle lol. And when there’s no regular seats available, also no one seems like taking the priority seats (yes, the elderly and pregnant ladies don’t always take the seats even when they’re vacant), I would sit down. Sometimes I sit because my back or ankle hurts (irrelevant to the marching tho), in which case I’d look at my phone too.

I’ve known some people would rather squat or kneel down due to the cramps or whatever pain they’re in than to sit in the priority seats. Just because they’re afraid that people would think they’re a useless piece of shit that occupy the seats preserved for the needed. And that defies the very meaning of a priority seat imo. So I’ve never been shy to sit on it when there’s no one who needs the seat. I’d lift my eyes and check every once in a while and see if there’s anyone in need. but sometimes I fall asleep. Sometimes the elderys just too short to be seen. There was a gentleman who politely asked me if I would give my seat to a grandma who was so short even though I checked I didn’t see her. I gladly gave her my seat, even apologized to her because I failed to see her needs. I wasn’t in the priority seats btw.

Also there was a time when I took the train. There’s always a lady that would get on the train at taoyuan. I think somethings wrong with her bone structure. I’d give her my seat for the first couple of months. And then I find out that she took the train everyday just like I do. And I do not have the strength to give her my seat everyday. I need to rest sometimes. And I figure she must have evaluated her physical condition before she decided to take the train regularly. Plus, no ones given her their seats before I did it. So I’d sometimes rest in my seat and occasionally when I feel like I could manage my condition I’d guve her my seat.
Ah and there was that time when I would bing eat and full up my belly like a balloon. I always enjoy wearing tight shirts, skinny or not. And when I’m stuffed I’d rub my belly. There were times when people thought I was pregnant and offered me their seats lol. So, you know, not all pregnant ladies are pregnant

My point is, we don’t know the whole story. And if you find someone who needs a seat, don’t be shy, just ask for one. Usually people are more than happy to help. Even if not the ones sitting in the priority seats.

And I figure she must have evaluated her physical condition before she decided to take the train regularly.

Most people take public transportation because it’s their only option.

One of my professor once told us he’d never seen a person offering a seat on the MRT (that was approximately 10 years ago). And all the students bursted out in surprise asking him where exactly did he live

I wouldn’t say that’s impossible, though I’d say it rarely happens. Frankly I’ve never been to any country that offers seats and say thank you more than Taiwanese. When I was in japan, I say arigatougozaimasu to convenience store clerks and bus drivers. And after I did it, those lining up behind me would start doing so. So every time I see a person who starts the “thank you” canon I suspect them to be Taiwanese lol.

Well, I still believe if you need help you should ask. Not knowing to help and not helping is quite different imo.

Actually seeing other people’s kids reminds me that mine aren’t really that bad–even when they’re fighting with each other and getting on my nerves as I’m trying to work.

Could be it. Tbh I’m no saint myself nor intending to be one. So… yup I’d like to sleep on the train like a baby every once in a while.

Hope my old folks think that too…

I just stood there holding the rail talking really loudly to my wife in Chinese about how rude people are nowadays.

Why didn’t you ask to someone to give her a seat? Maybe there would have been at least a person who gave her it if you asked politely.

I’ve been offered a seat quite often when I’m with my younger, even though now we don’t need it most time by my standard.

My wife didn’t want me to.

She was quite happy to stand up and didn’t want me to cause a scene.

didn’t want me to cause a scene.

talking really loudly to my wife in Chinese about how rude people are nowadays.

Haha, I can see your point.

Once you’ve done this you’ve lowered the tone.

I guess I also wanted to see if they would do the right thing after hearing what I was saying.

I think if you just act creepy they’ll go away. Tell them you want to buy their socks for 500 NT per pair. Do inappropriate adult things in the hallway. Dressing up like the joker and peep out from behind a pillar. That’ll do.

Sounds like a good way to get on the news.

Well you said nothing about the press so… at least that’ll solve one of your problems?

Toddlers shouting in apartment hallways, is this normal behavior?

Sollution: call police anonymously. Doing anything to let them know you will come back to bite you in the ass later. In more advanced areas of the country, like Taipei, the police will actually show up for noise complaints.

If you talk to the parents first, you can never call the police later as your cover will be blown and you will live to regret it until eventually you give up and move out. And no, it has nothing to do with you being a foreigner. Its the culture and they do it to everyone.

Talk to the management of the building.
They will let the parents know without informing who complained