I created TRUTH Social and TMTG to stand up to the tyranny of Big Tech. We live in a world where the Taliban has a huge presence on Twitter, yet your favorite American President has been silenced. This is unacceptable.

The network is a clone of open source Mastodon.

Mastodon is free and open-source software for running self-hosted social networking services. It has microblogging features similar to the Twitter service, which are offered by a large number of independently run Mastodon nodes (known as “instances”), each with its own code of conduct, terms of service, privacy options, and moderation policies.

Currently they a breaking the GPL license.

@VValkyriePub
@MikaelThalen There is no copy of the GPL anywhere, changes have not been stated, source has not been disclosed, users have no access to a copy of the source code and it does not have the same license at all (AGPL3). This whole shitshow is a violation of the GPL

@MikaelThalen
Was just able to setup an account using the handle @donaldtrump on 'Truth Social,' former President Donald Trump's new social media website. Although the site is not officially open, a URL was discovered allowing users to sign up anyway. https://t.co/MRMQzjNhma

You would have thought someone would have had a look at the name and pointed out having a site which translates as Pravda might not be a good idea.

Should’ve named it MAGA Chirp. That would’ve been awesome.

You would have thought someone would have had a look at the name and pointed out having a site which translates as Pravda might not be a good idea.

That is just too much education for anyone associated with a Trump project.

Weirdly, anything that has “truth” in the title is guaranteed to not be telling the truth.

I think we can expect many users here signing up for this Truth Social.

I think we can expect many users here signing up for this Truth Social.

Starting to connect the dots…

Truthers unite. If it keeps them focused there, better for the rest of the world.

I hope it gets taken over by “the libs” immediately.

Every Lib should sign up and flood it with anti-gun, pro-abortion, pro-vaccine, pro-immigration, pro-universal health care content.

Looking forward to following the Taliban and Kim Jung-un on this site.

Pretty sure they will go with “it’s a white supremacist website and anyone who is on there should be ostracized.” Liberals will avoid it except to open fake accounts promoting Nazi rhetoric.

Most likely it will be a train wreak. I would not advise people rushing to sign up if and when it goes online.

I would not advise people rushing to sign up if and when it goes online.

Do you suppress viewpoints simply for contradicting the prevailing narrative or the views of President Trump on topics of public interest?

No. TRUTH Social seeks to create a free speech haven in the social media sphere and encourages your unencumbered free expression.
https://help.truthsocial.com/moderation/moderation-faq 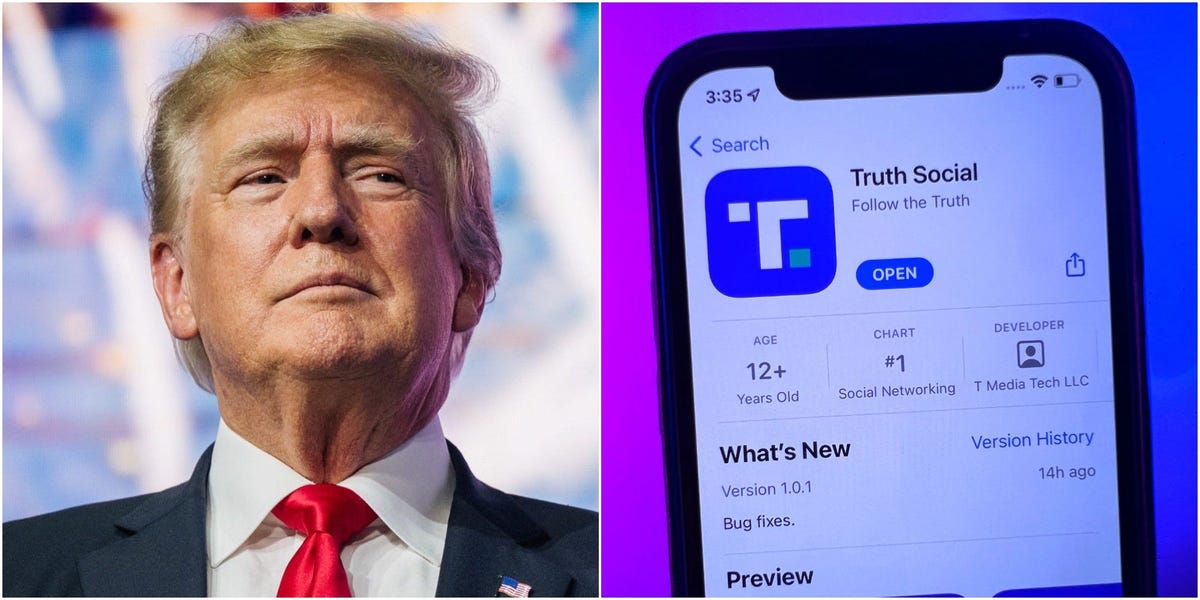 A report from Public Citizen found that TRUTH Social "shadow banned" posts about the House January 6 Committee hearings and about abortion.