War could be in the air soon as Russian forces amass overpowering superiority along the borders of Ukraine, according to a new report.

Tucker Carlson and Fox News assures us it’s nothing to worry about- just those nasty European democracies going after that nice Mr. Putin again The issue here was Russia was pissed off Ukraine was being considered for NATO inclusion. According to this article that is now a decade away at least, so it seems Biden appeased Russia by kicking the bucket down the road. Crisis solved.

Biden also will have to finesse Ukraine’s desire to join NATO. The U.S. and NATO reject Putin’s demands that they guarantee Ukraine won’t be admitted to the Western military alliance.

But senior State Department officials have told Ukraine that NATO membership is unlikely to be approved in the next decade, according to a person familiar with those private talks who spoke on condition of anonymity.

Biden did not present an ultimatum to Putin.
Biden called Putin 3 times, met him once, and did the videoconference. That’s 5 meetups in one way or another.
Biden just promised to call the UK, France, Germany, and Italy after conference.
Where is Poland or Ukraine? Not on his “calling” agenda.
Biden did not promise to get Ukraine into NATO.
Biden even reaffirmed the Minsk Agreements.

All those signs are good.

The issue here was Russia was pissed off Ukraine was being considered for NATO inclusion.

Except that it really wasn’t, and still isn’t, if for no other reason than the ongoing conflict in eastern Ukraine.

Putin is most likely preparing for a springtime offensive.

Putin is most likely preparing for a springtime offensive.

That would be awfully convenient, as gas prices in the EU are already at record levels.

Local Dutch financial newspaper is predicting possible blackouts and gas cuts in mid winter if this goes underway. Because as usual, we have no backups in case things go bananas.

As Russian Threat Looms, Ukraine’s Government Is No Laughing Matter

President Volodymyr Zelensky, a former actor, has surrounded himself with advisers from his old comedy troupe. No kidding.

The first large part of this presser is about the US, Russia, Ukraine talks.

Ominously, Russia has been railing significant troops from Siberian Russia to the Ukrainian border. This has not happened since 1941, when the reinforcements helped stop the German assault on Moscow.

It really is not looking great for Ukraine. 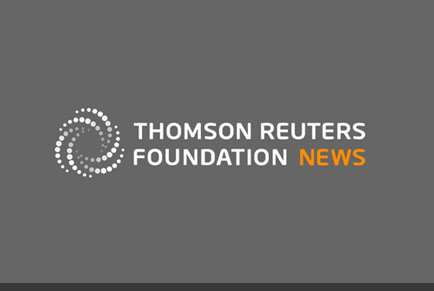 @ClintEhrlich: The world is perched on the edge of an abyss. We may soon see the worst combat in Europe since WW2 – killing thousands of people, and raising the likelihood of nuclear war. It didn't...…

What does Putin expect when threatening Europe? Pull back of NATO? Quite the opposite is going to happen and it’s time NATO stations some troops in Ukraine.

That’s a weird biased article against the West. And what about what Ukrainian people want?

And what about what Ukrainian people want?

Not to be invaded by Russia?

and it’s time NATO stations some troops in Ukraine.

That would be called “calling Putins bluff”. If indeed you believe he is bluffing.

What does Putin expect when threatening Europe? Pull back of NATO? Quite the opposite is going to happen and it’s time NATO stations some troops in Ukraine.

Kennan called the first round of NATO’s eastward expansion in 1998 “a tragic mistake.”

He said that our differences during the Cold War had been ideological, and that with the collapse of communism, it was no longer necessary to treat Russia as an enemy.

“It is the beginning of a new Cold War,” Kennan predicted.

"Of course there is going to be a bad reaction from Russia, and then [the NATO expanders] will say that we always told you that is how the Russians are – but this is just wrong.’’

So, Cold War is won by the West/NATO.
East/West Germany united. Many countries in old Warsaw Pact are roughly now democratic (elections, blah blah blah).
Hey, here’s a great idea, move NATO right up to the border of Russia on all sides.

Step back and view it from Russia.
Ukraine is to Russia what Cuba was to the U.S. (remember, missile crisis).

Whether you hate/like/despise Putin or Russia, what’s stated above is what it simply comes down to.

And, we got the never-dead war hawks and MIC just itching for another fight after spending, nay earning, like Cheney’s firm, trillions of dollars during 20 years of war in Mideast. Meet the new boss. Same as the old boss.

Meanwhile Russia has already unilaterally invaded and annexed one chunk of the Ukraine, and basically occupy others.

Russia has been accused of preparing to invade Ukraine.

Exactly, Russia is to blame for this. They want to reoccupy Ukraine and turn it into a vassal state. Everything else is just an excuse.

I’m sure they don’t want to stop there either. At the very least it would be extremely foolhardy to assume it.