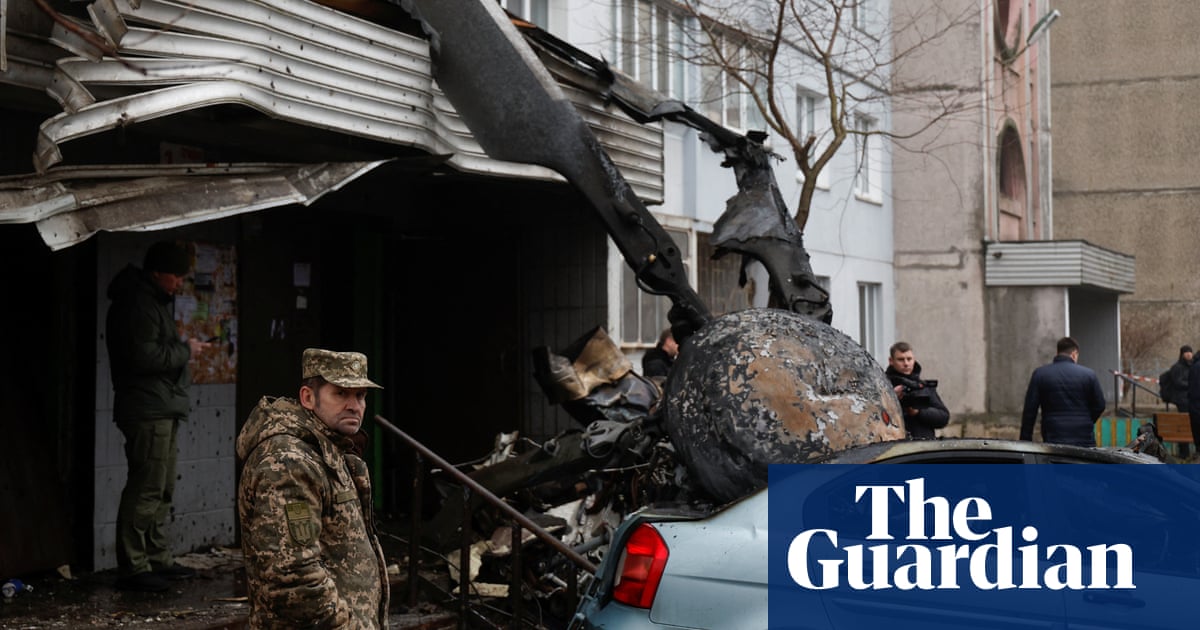 Denys Monastyrskiy and other key officials, as well as three children, among dead after crash outside Kyiv

There is an opinion that the Ukrainian guerillas sympathizing Russia could do it.
A what is your point of view ?

There is an opinion that the Ukrainian guerillas sympathizing Russia could do it.

I didn’t see that in article, do you have a source?

Sad that so many died, 10 children.

Why would Ukrainian guerrillas who haven’t done anything before anounce themselves by dropping a helicopter on a kindergarten? It only makes sense as Russian propaganda that is taking advantage of a tragedy. In my opinion.

You are right. It’s only a guess. Like a shot in a dark. Cause all details are so strange and secret

Cause all details are so strange and secret

Did you read the article? nothing strange or secret, they are just not sure yet.

"“For now, we are considering all possible versions of the helicopter crash accident,” Ukraine’s prosecutor general, Andriy Kostin, added amid suggestions it could take several days before the cause of the crash was established.
The helicopter appears to have been travelling to a frontline area in foggy conditions when it came down in an area where there are a number of tall buildings.
According to some claims, the crash occurred when the helicopter clipped the kindergarten through pilot error, although it was not clear why it was flying so low in a built-up area.

One witness said he saw the helicopter approach the neighbouring building from his kitchen window before falling sharply."