Trump being a dictator is what the media pumped out in reality his on FBI saw him and his administration as the enemy all of Washington DC did. Virtually all of them anyway.

I always admire your narratives, but Trump literally called states and asked them to not count, or change election results.

Literally tried to be an autocrat, like Xi, or Putin. No hiding behind the fact anymore I’m afraid. Spin away though, always good for a chuckle.

I always admire your narratives, but Trump literally called states and asked them to not count, or change election results.

Literally tried to be an autocrat, like Xi, or Putin. No hiding behind the fact anymore I’m afraid. Spin away though, always good for a chuckle.

They told him to piss off didn’t they? Not a very persuasive dictator, then they leaked the call to damage him. He would argue what he was talking about were fraudulent votes.

Not sure anyone has debunked the lists of fraudulent votes. Anyway, that doesn’t seem to matter. There appears to be a much bigger scam going on that you are probably unaware of and on which I haven’t commented on. Yet.

They told him to piss off didn’t they?

That’s not the point, is it now?

Like arguing it doesn’t matter if bank robbers succeed. I think you know better though.

To your own devices, I leave you.

Like you say, if you spend too much time dwelling over a single thing i.e. Trump, you are likely to blow it up out of all proportion.

listen to your own advice.

They had him pretty boxed in from the start. They had people in there managing him, all his calls were being monitored and if you clicked on the article about the FBI treating the Trump administration like the enemy you would see an interview with Gorka where he notes a special division in the NSA was formed specifically tasked with monitoring the Trump administration communications.

The implications of all of this no doubt are lost on you though. As your focus is only on one thing.

I think I just tend to see real threats before they actually happen.

Yeah, that’s called paranoia. Careful, it will destroy ya.

It’s unlikely, of course, that Pelosi’s truth-seeking mission will result in anything more than reheated political spin, recriminations, and fuel for nonstop media attention. But Americans, and Republican leaders including Donald Trump, should keep asking legitimate questions and demanding truthful answers.

No one has milked the events of January 6 more than House Speaker Nancy Pelosi (D-Calif.). She set the official narrative early and often, a storyline her scribes in the news media have dutifully… 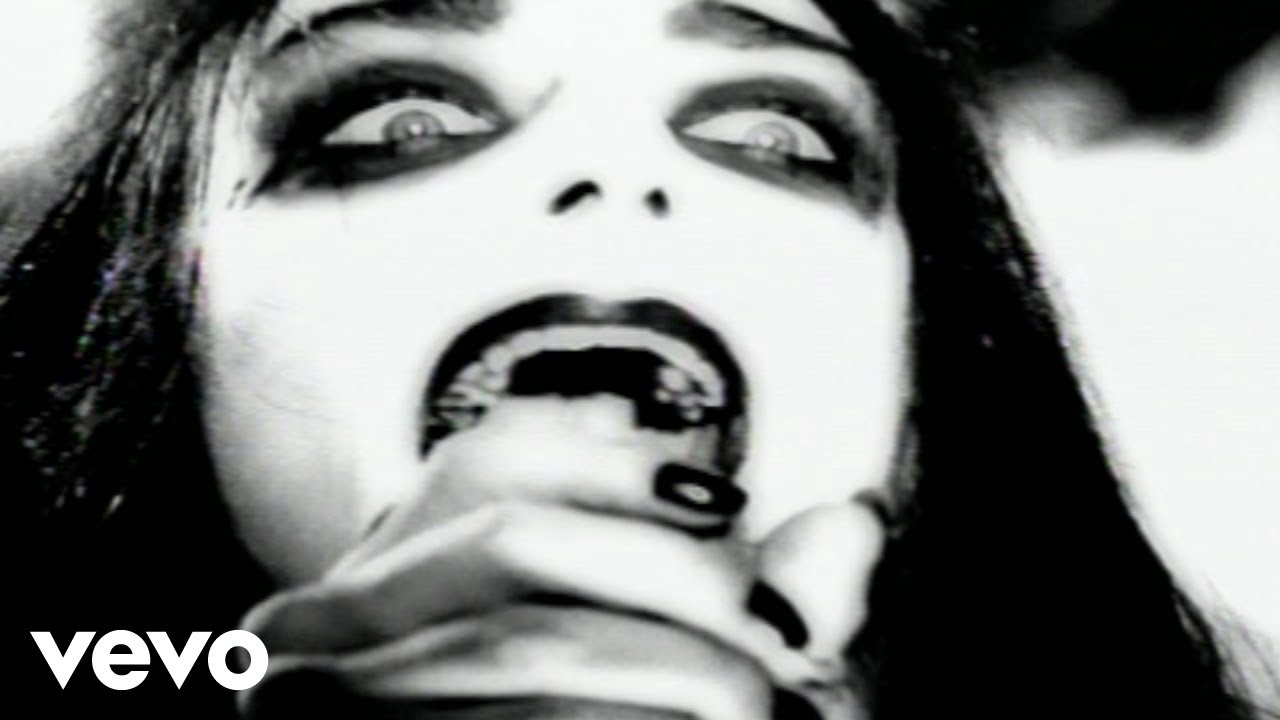 Those and some other good questions will be asked at trial. That’s when answers start to come out, until then the FBI, the capitol police, the Democrats and their media allies control the narrative. 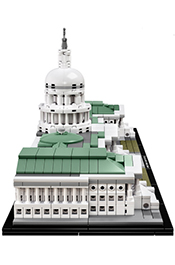 JULY 6--Along with a notebook containing step-by-step instructions on how to create a “hometown militia,” FBI agents seized a “fully constructed U.S. Capitol Lego set” from the Pennsylvania man indi

Capitol rioter who rappelled from Senate balcony agrees to cooperate with...

Federal prosecutors announced Wednesday that a rioter who charged the Capitol and rappelled into the Senate chamber during the Jan.

What happened braves? Weren’t you supposed to win, never back down?

I always viewed it as a positive of how on top of terrorism law enforcement generally is. From boxcutters to legos, it’s quite the limited toolset available to those who do manage to sneak under the radar.

On top of terrorism? 911 by any realistic stretch was a successful operation. Taking down airplanes and killing thousands. How do you see that as our guys being on top of it?

It’s been better since then

911 by any realistic stretch was a successful operation

General Milley has had multiple command and staff positions in eight divisions and special forces throughout the last 39 years to include command of the 1st Battalion, 506th Infantry, 2nd Infantry Division; Milley commanded the 2nd Brigade Combat Team, 10th Mountain Division (Light) from December 2003 to July 2005, served as deputy commanding general for operations of the 101st Airborne Division from July 2007 to April 2008, and was commanding general of the 10th Mountain Division from November 2011 to December 2012.[10] He then served as the Commanding General of III Corps, based at Fort Hood, Texas, from 2012 to 2014,[11] and as the commanding general of the United States Army Forces Command, based at Fort Bragg, North Carolina, from 2014 to 2015. He was appointed chief of staff of the Army on August 14, 2015.

He was still Chief of Staff when Trump became President.
So when did Obama fire him? I can’t see anything about this by Googling ‘Obama Milley’. What is Trump referring to?

IIRC the only senior general that Obama got rid of- and later warned Trump about- was Mike Flynn.

Nicely sums it up.

@ColumbiaBugle
Tucker Carlson & @julie_kelly2 Discuss The Buzzfeed Report About The FBI's Involvement In The Governor Whitmer Plot & The Striking Similarities It Has To January 6th Tucker: "So what does this suggest about January 6th, before you dismiss it as a 'conspiracy theory?'" https://t.co/f7WCV3zIp6

What they are referring to is the plot to kidnap Whitmer, which turns out the FBI had 12 informants involved and the accusation is they looked for useful idiots to go along with their plot. 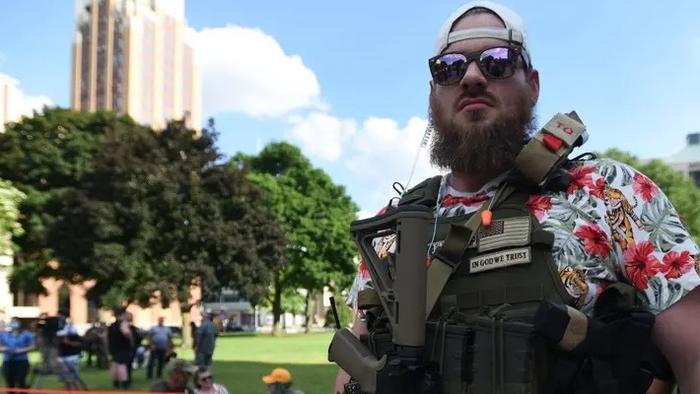 The defendants claim they were targeted because of their political views.

If accurate it kind of makes the FBIs comments they couldn’t investigate Hunter Bidens laptop because it might be seen as interfering with an election while in October 2020 creating this kidnapping story while pointing at Trump supporters and screaming “look at them” in a different light. 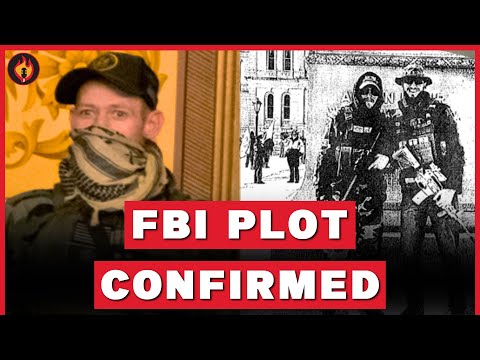 Mentioned it before, but the FBI does shit like all the time. I wonder how much blind egging on the 12 rats provided to one another and the few roobs who fell for it.

FBI Using the Same Fear Tactic From the First War on Terror: Orchestrating...

Questioning the FBI's role in 1/6 was maligned by corporate media as deranged. But only ignorance about the FBI or a desire to deceive could produce such a reaction.

That’s a good article, the obvious follow on question which Glen Greenwald does ask is “why?”, he even links to another article he wrote asking the same question, but doesn’t really provide answers, it’s more of the same providing evidence that they do engage in such behavior, I have no doubt that is true.

He does hint at their budget being dependent on things like the war on terror not going away, I think it’s a bit more complicated than that.

While they may look like geniuses compared to the useful idiots they cajole into committing crimes, I suspect within the intelligence community and those they serve on congress, DOJ, CIA, gang of eight, the State Dept and so on, they themselves are thought of as useful idiots. The Steele dossier is a prime example of that.

MOre hyperbolic nonsense from the slept with the China Spy guy: 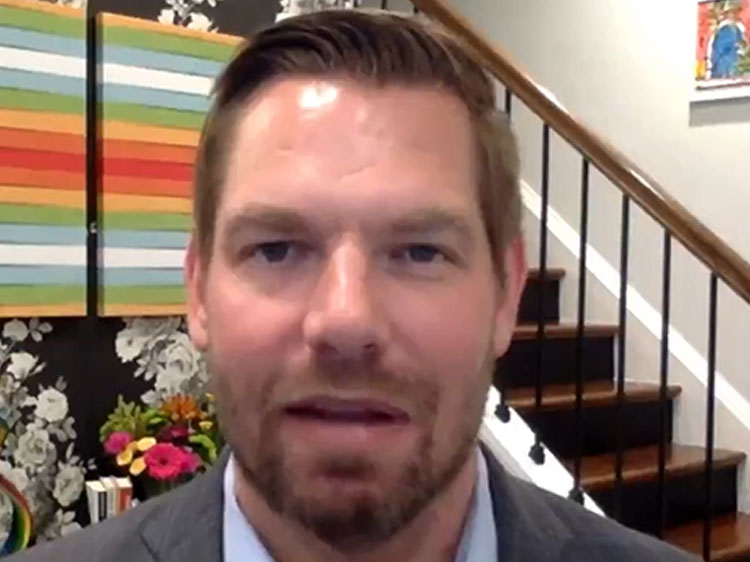 Eric Swalwell: Democracy Is On Life Support, "Either You Are Trying To Revive...

Speaking about the investigation into the events of January 6, Rep. Eric Swalwell told MSNBC's Ali Velshi that House Speaker Pelosi "recognizes that democracy is on life support and this is very binary: Either you are a part of the team that's trying...

Pelosi recognizes that democracy is on life support.

they want to pull the plug.

I hate this kind of shit. Democracy is Dying is your campaign mantra? gtfooh

And this last bit, which is very very unAmerican…the idea that we can and should rise up and give an unfair government the what for:

We need a serious investigation so that we can ensure and guarantee every American this will never happen again.

Because they think the massive political and economic and data power the federal government has, wields, and hoards, should never be taken away.

Tucker called Swalwell a “coward” for not returning his calls.

Just thought I’d add this. He blames Tucker for smearing his wife? Uhm, hello, affair with a Chinese spy girl when you were married, bruh. 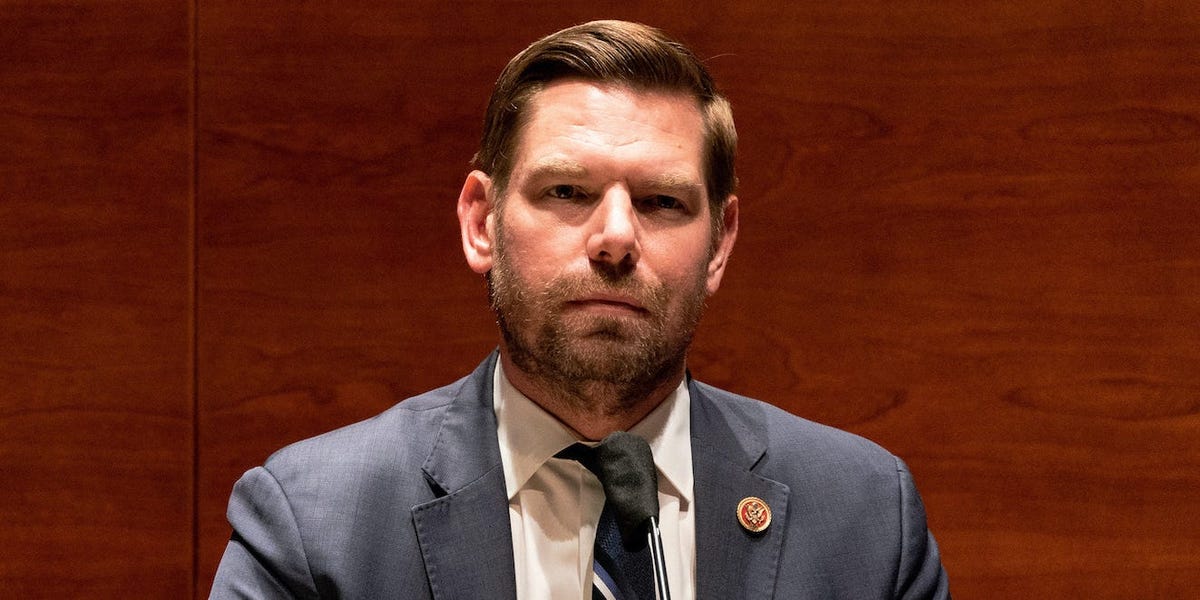 Rep. Eric Swalwell refused to say if he had sex with a suspected Chinese spy...

Fox News' Tucker Carlson said Swalwell's office declined to comment when his show asked about a claim that he had sex with a suspected Chinese spy.