Wack (and tragic) things in Cambodia

It depends on how you define “educated”. Don’t forget that many people here are insulated from many of lives hardships by their families and often don’t understand how things work in the real world.

40 people swim to Vietnam after escaping from Cambodian casino - VnExpress...

Forty people swam across a river from Cambodia into Vietnam and said they had escaped ill-treatment by their employer, border guards in An Giang Province reported Thursday.

Another story, this time in The Guardian…

This has been going on for a long time. I think it’s blowing up because before it was mostly only gangsters working with other gangsters from both China and Taiwan… But lately they have tried to recruit many ordinary people. A lot of women are involved, too. A few young Chinese and Vietnamese ladies have leapt from tall buildings in the past few years, too. 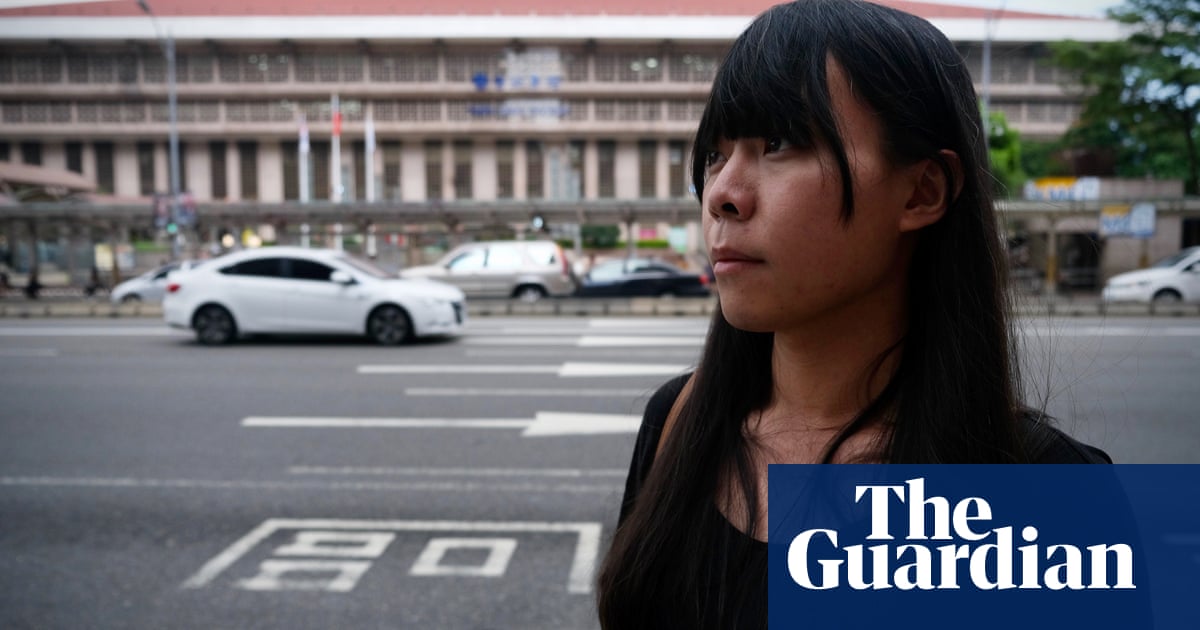 Hundreds of Taiwanese trafficked to Cambodia and held captive by telecom scam...

Police forces in Taiwan, China, Hong Kong, Macau, and Vietnam have launched major operations to rescue their citizens and shut down trafficking syndicates

Up to 2 or 3,000 Taiwanese may be trapped… They have trouble getting support. Chinese embassy says it can help citizens of “Taiwan province”… Up to now, Taipei has no luck setting up representative support anywhere in Southeast Asia… Taiwanese can ask the Vietnamese office for help, too… 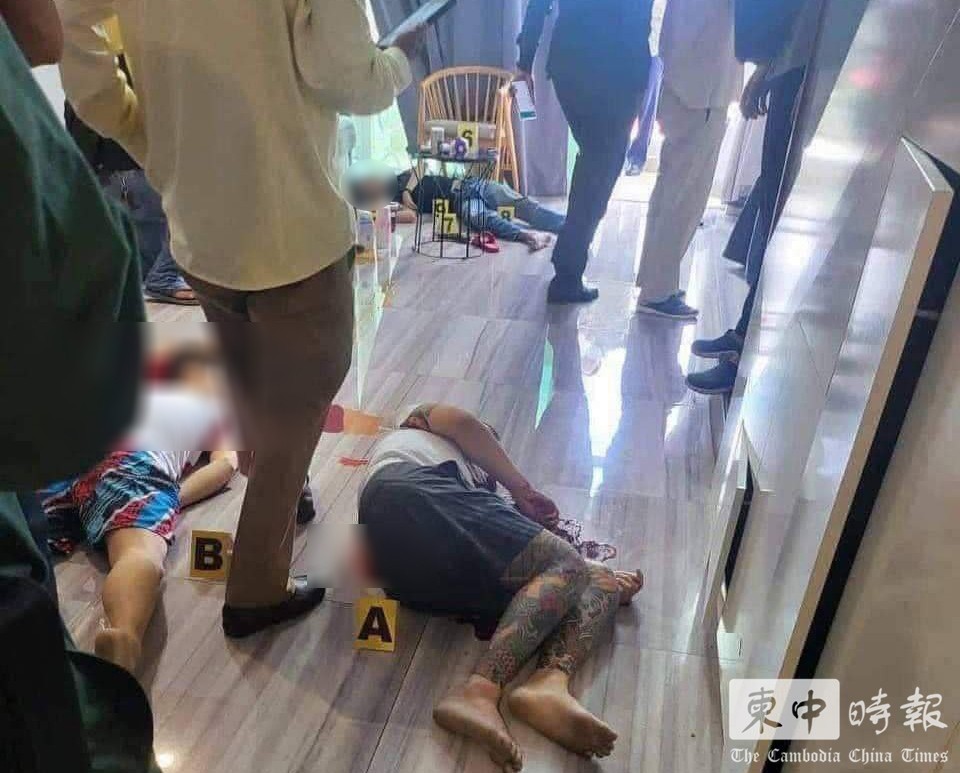 The Chinese traffickers are getting bolder - according to the news, they kidnapped a Malaysian female backpacker from a restaurant in broad daylight, and nobody did anything… Malaysian woman held captive in Cambodia rescued after asking for help on...

26th August 2022 – (Phnom Penh) Employment fraud in Southeast Asian countries is getting rampant. Many Hong Kong residents are still stranded in Cambodia and Thailand after being scammed to work in the local area. A Malaysian woman was allegedly...

To hell with trafficking—they appear to have just grabbed that woman off the street!

Taipei prosecutors are after some of the Taiwanese traffickers in Cambodia now.

How do the authorities in Taiwan communicate with the government of Cambodia, one of the most Beijing-friendly governments out there?

Apparently one answer is “through facebook.” Tasked with getting scammed Taiwanese out of forced labour, members of Taiwan’s special Criminal Investigation Bureau team communicated with the Cambodian Minister of the Interior via f-book. Incredibly, this seems to have gotten results:

Chan said the effort to bring home the 11 Taiwanese got off the ground when he contacted [Cambodian Minister of the Interior Sar] Kheng via the minister’s Facebook page and provided him with the names, passport numbers and locations of the 11 victims, who were being held in Cambodia against their will.

The information about the 11 people had been obtained during an investigation into the possible involvement of the Bamboo Union – a crime syndicate in Taiwan – in the trafficking of Taiwanese nationals to Cambodia, Chan said.

During the investigation, law enforcement officers were able to confiscate a ledger, which contained a record of the personal data and location of the 11 Taiwanese, who were in various locations in Cambodia, including Sihanoukville and Kandal, he said.

According to Chan, some of those who have returned said that while they were aware of the prevalence of job scams, they thought the Cambodia job offers were above board, as they had been interviewed via video links.

Once they got to Cambodia, however, their passports were seized by the members of the fraud rings, and according to one victim, anyone who broke the rules would be beaten senseless, Chan said.

In August, Kheng, who is also chairman of Cambodia’s National Committee for Counter Trafficking, made a public pledge to crack down human trafficking crimes in the country. 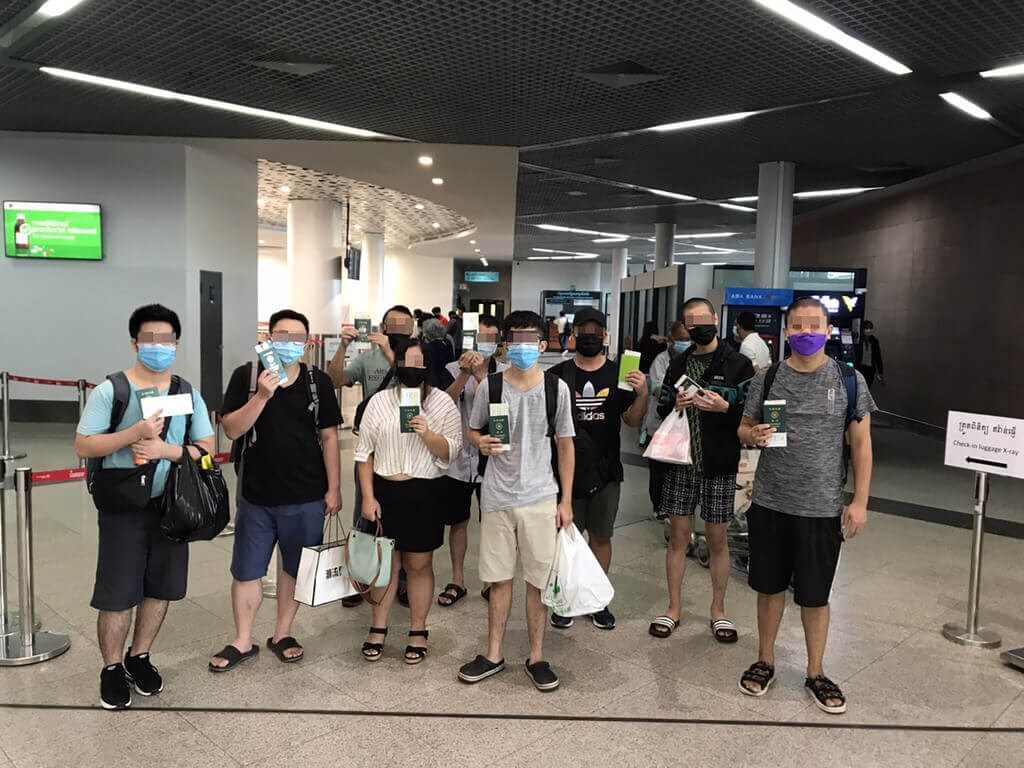 Taipei, Sept. 5 (CNA) Eleven Taiwanese nationals, who had been among hundreds of others trafficked to Cambodia to work for fraud rings, were sent home over the past two two days, Taiwan's Criminal Investigation Bureau (CIB) said Monday. 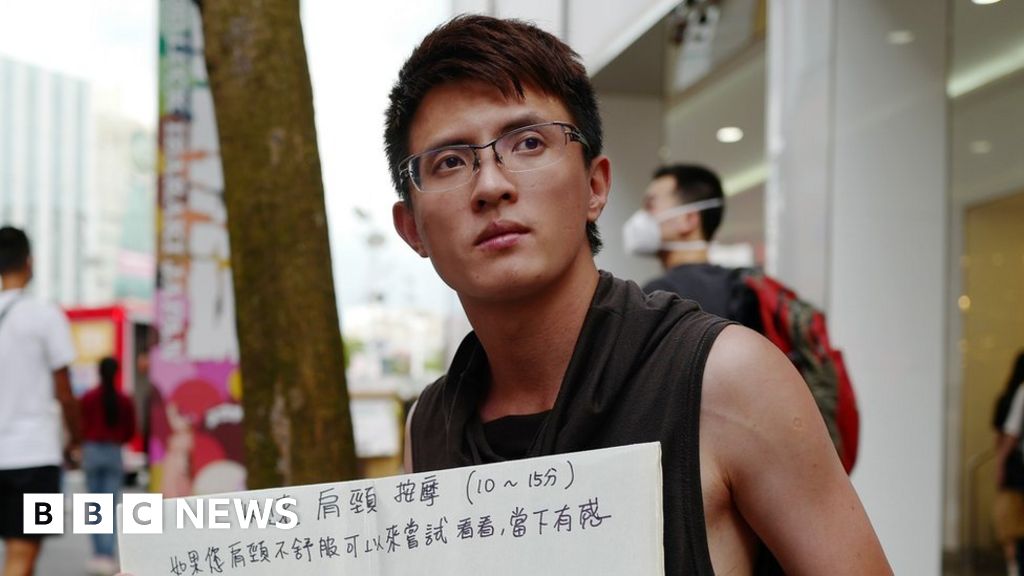 Traffickers are forcing thousands of people from across Asia to work in online scam centres.

Nicola Smith, writing at the Telegraph, reports on the harrowing story of one 30-something Taiwanese man who got caught in a scam—and managed to escape.

Gangs are enticing young, educated Asians with the promise of well-paid tech jobs, only to force them to work under duress for online scams 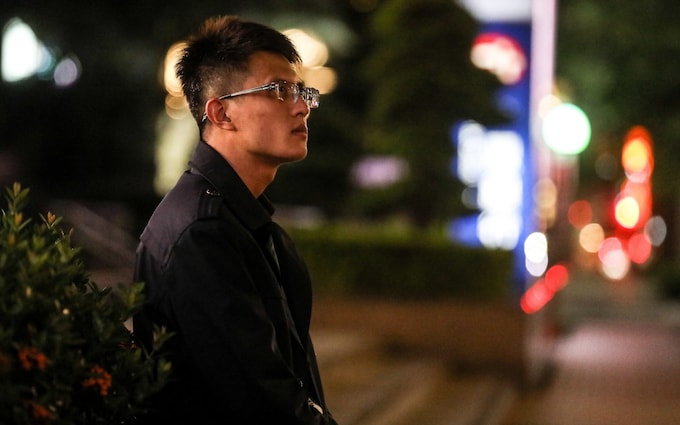 Yang Weipin thought he was leaving Taiwan for a dream job, but instead was imprisoned and forced to launder money in Cambodia CREDIT: I-HWA CHENG

3 raids in Sihanoukville led to release of 1,045 foreigners from 11 countries. More released in recent raids of 10 sites in Phnom Penh.

Finally the Cambodian government is stepping up. Those places could only operate under protection of corrupt officials and police.

Hundreds of foreign nationals have been removed from Phnom Penh compounds as police acknowledged detention, torture, extortion and human trafficking in several arrests.

To much bad PR. Window dressing.

Based on the Telegraph report I posted above, these Chinese scamsters seem to be targeting folks in the PRC. I suspect it might be possible that is finally putting some pressure on its client state (aka the Cambodian government) to crack down on this activity.