Why is not getting more news? Is NTD a legit news source? Never heard of them.

A whistleblower is demanding an investigation into the United Nations. She accuses the organization of practices that endanger ... 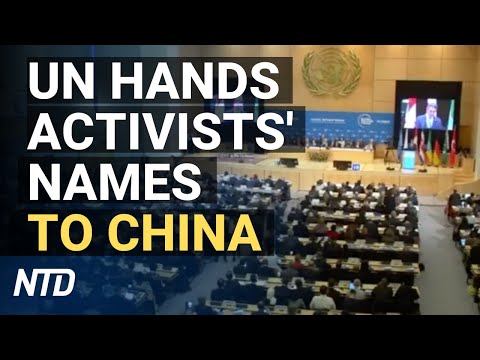 Funded by founded by Falun Gong practitioners. I wouldn’t say they are unbiased.

New Tang Dynasty Television (NTD, Chinese: 新唐人電視臺) is a U.S. television broadcaster, founded by Falun Gong practitioners, based in New York City with correspondents in over 70 cities worldwide. The station was founded in 2001 as a Chinese-language broadcaster, but has since expanded its language offerings. The company retains a focus on China in its news broadcasts, and frequently covers topics that are censored in Mainland China. NTD was founded in 2001 by Falun Gong practitioners, with its m...

I wouldn’t say they are unbiased.

I see. I suspect all news have biases now anyways. But it seems the whistle blower is real but I don’t see anyone else covering this.

Is this the same news?

Is NTD a legit news source? Never heard of them.

Funny. I asked the same question this morning in a group chat about a different video that made (and escalating tension between the navies of the US and PRC in the South China Sea). Looking then up online led me to that Wikipedia page

I don’t think the major new media companies cover everything in a timely way, but for stories like this, I’m going to need more experience and sources involved in the reporting.

Has this been fact checked by the goto purveyors of truth, CNN? If not, it has to be 100% fake.
The UN are saints as are China. Both can be trusted beyond any doubt (like the media that ‘fact check’ on our behalf and for the benefit of our minds and way of thinking).

Funded by founded by Falun Gong practitioners. I wouldn’t say they are unbiased.

Biased and focused on certain stories more than others, like 100% of other media sources. They do some good reporting related to China.