Who is worse? Chen or Bush

Bush has better than hair than Ol’ Greaseball.

Bush is much funnier. Both in what he says, and others say about him. I can’t think of anything funny about Chen.

Chen has been, still is and will always be a complete clown. Are you not entertained?

The incompetent assassination attempt was pretty funny. It made a laughing stock of the sheer incompetence of the Taiwanese police force who spent several months trying to find a guy who fired several shots from a gun in the middle of a crowd (surely there must have been, oh, a few bystander witnesses?), an “assassin” so inept that he missed a large target at nearly point-blank range with a homemade pop-gun, and a victim so clueless that he thought the noise came from firecrackers. Only in Taiwan would Presidential security be compromised by mouth-breathing voters shooting off firecrackers around the presidential motorcade, in an open-air jeep where any halfway-competent sniper would have a fat sitting duck of a target ripe for the plucking. :roflmao: Ah, Taiwan, chabuduo, mei guanxi, chabuduo… :roflmao:

Don’t you find some slapstick humor in all that? In most countries, a presidential assassination is serious business. Only in Taiwan can it be reduced by such buffoonery on all sides - the Keystone Kops, the shrill bleating sensationalist media, the temper tantrums of the opposing political parties that it’s “not fair!” (that “it’s not fair!” being a direct quote, accompanied with petulant stamping of the feet, from many Blue supporters and politicians at the time), the goofballness of the man in the yellow raincoat - to such a total and complete farce.

But Obamahama is just plain too inexperienced in gubmint.

Is there any correlation between years of government experience and presidential competency, as judged by historians? Just curious.

Don’t know about Chen’s stance on gay rights, but given his VP’s rumored sexuality, I’d imagine he’s not a homophobe.

Bush, however, endorsed a Constitutional amendment to ban gay marriage. Yet at the same time, a [color=#FF0000]gay prostitute[/color] made repeated visits to the White House during Bush’s first term. This makes both a homophobe and a hypocrite.

Chris, do you mean that chap that supposedly met with Trent Lott? 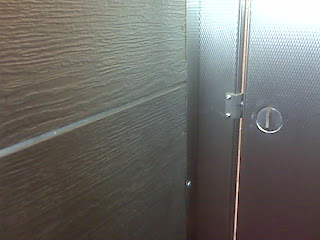 “Thanks to a certain GOP Senator, all airport bathroom stalls have now been ‘Craigized’ against hand-gesturing and glory-hole drilling…”