Why the past 10 years of American life have been uniquely stupid (Canada and the UK, too) 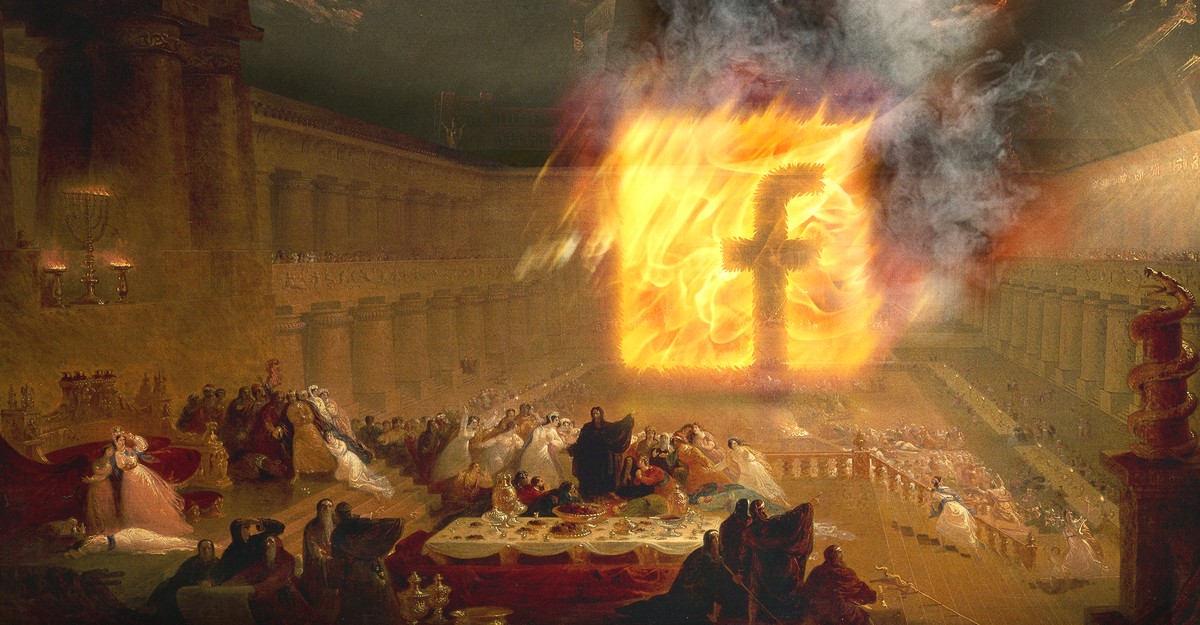 It’s not just a phase.

I mostly stopped reading the Atlantic when they put up a paywall (3 freebies per month now, I think), but this was shared -ironically- on my Facebook feed by someone, and I enjoy Jonathan Haidt a lot. Of course, it’s always nice to read something that aligns well with what I already think (heck, he even mentions that)!

The tldr is that the problem isn’t really the left or the right, it is social media (Fox “news” didn’t help).

Social media’s empowerment of the far left, the far right, domestic trolls, and foreign agents is creating a system that looks less like democracy and more like rule by the most aggressive.

Thank you for this. There is an archived version here Why the Past 10 Years of American Life Have Been Uniquely Stupid - The Atlantic (archive.ph)

There is a direction to history and it is toward cooperation at larger scales…We see it in cultural evolution too, as Robert Wright explained in his 1999 book, Nonzero: The Logic of Human Destiny. Wright showed that history involves a series of transitions, driven by rising population density plus new technologies (writing, roads, the printing press) that created new possibilities for mutually beneficial trade and learning. Zero-sum conflicts —such as the wars of religion that arose as the printing press spread heretical ideas across Europe— were better thought of as temporary setbacks, and sometimes even integral to progress. (Those wars of religion, he argued, made possible the transition to modern nation-states with better-informed citizens.) President Bill Clinton praised Nonzero ’s optimistic portrayal of a more cooperative future thanks to continued technological advance.

Though this is where he misses the point IMO, I do like this printing press analogy. Not so interested in his musing about the odd specifics of various social media sites.

Is our democracy any healthier now that we’ve had Twitter brawls over Representative Alexandria Ocasio-Cortez’s tax the rich dress at the annual Met Gala, and Melania Trump’s dress at a 9/11 memorial event, which had stitching that kind of looked like a skyscraper?

I don’t know. We still seem to be having free elections. And people have better access to information than ever before?

But a democracy depends on widely internalized acceptance of the legitimacy of rules, norms, and institutions. Blind and irrevocable trust in any particular individual or organization is never warranted. But when citizens lose trust in elected leaders, health authorities, the courts, the police, universities, and the integrity of elections, then every decision becomes contested; every election becomes a life-and-death struggle to save the country from the other side. The most recent Edelman Trust Barometer (an international measure of citizens’ trust in government, business, media, and nongovernmental organizations) showed stable and competent autocracies (China and the United Arab Emirates) at the top of the list, while contentious democracies such as the United States, the United Kingdom, Spain, and South Korea scored near the bottom (albeit above Russia).
Recent academic studies suggest that social media is indeed corrosive to trust in governments, news media, and people and institutions in general.

Well yes. But is any trust warranted in our case and if so where and where not? This isn’t addressed. And, no one ever said democracy was going to be as simple as an autocracy. If it is, something is presumably wrong.

A lot more of this seems based in naked assumptions. I like Haidt a lot but not feeling him here. No doubt social media is a very tribal place and that’s not always great, but what were people expecting? Maybe I’m missing the pre-social-media utopias that existed. Some good points later about various institutions, but nothing earth shattering certainly. I lost interest before finishing this. It looks like he wants more regulation of social media. Burning the village to save it. Maybe this whole long thing should be a bit more condensed.

I lost interest before finishing this

I skimmed it, not a careful read (your post, too

Is our democracy any healthier now that we’ve had Twitter brawls over Representative Alexandria Ocasio-Cortez’s tax the rich dress at the annual Met Gala, and Melania Trump’s dress at a 9/11 memorial event, which had stitching that kind of looked like a skyscraper? How about Senator Ted Cruz’s tweet criticizing Big Bird for tweeting about getting his COVID vaccine?

One of these three events is not like the other two. Melania’s dress had stitching that sort of looked like a skyscraper if you squinted, and a couple of loonies objected (the stir caused by Melania’s clothing was her visiting separated children at the border while wearing a studded jacket that spelt out “I don’t care- do you?”). Note that she isn’t even an elected politician.

Unlike Representative AOC and Senator Cruz. AOC’s dress was a comment at the Met Gala, an event full of wealthy (mostly) liberals, and she deliberately wanted to give them the message that they were hypocrites, professing ‘progressive’ goals while ensuring their own taxes stayed low. Ted Cruz was objecting that a child icon was being used to deliver what he thought was a political message. Both were legitimate purposes.
Jonathon Haidt is fiscally-conservative, fairly socially liberal (middle-of-the-road, anyway), which is why he’s welcomed at the Atlantic, NYT etc., and why he objects to politicized statements- he’s a can’t-we-all-get-along don’t-rock-the-boat type.

depends on the boat